80s casuals is a perfect example of a clothing brand for the people from the people. Hailing from Liverpool in the North West of the UK, 80s Casuals is a simple brand with a statement. Today at Stuarts London we explore their SS18 offerings.

Read more about Spring/Summer 2018 releases on our blog. 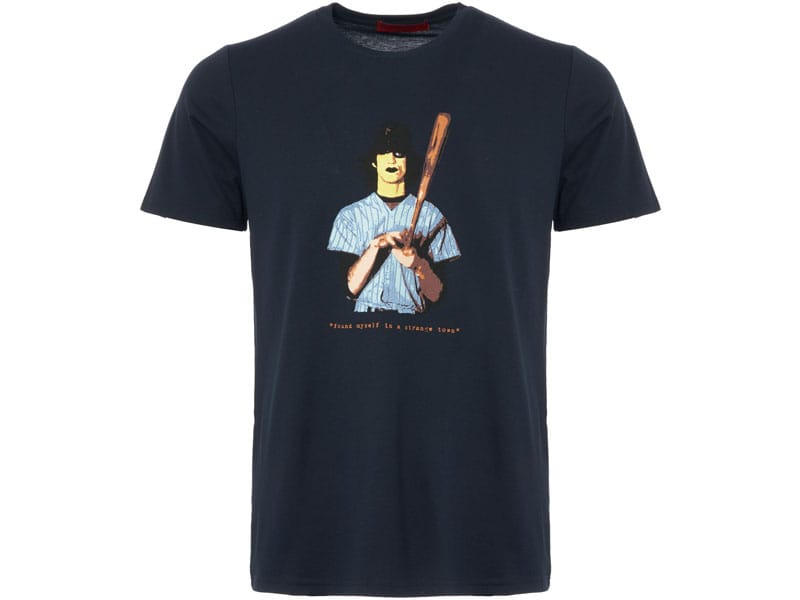 80s Casuals was founded by Dave Hewitson in 2003, inspired by the golden age of the “casuals culture”- the 1980’s. Ever since their nostalgia inspired inception the menswear brand have been churning out original designs, focusing almost exclusively on pop culture graphic T-Shirts; as of late they have however expanded their product catalogue to include film and music related goods. Known today for their quirky and simple designs, 80s Casuals are back with a new SS18 range, once again focusing on pop culture relating to the “football casual” era.

This seasons offerings come in a variety of colourways- everything from deep navy to apple green. In classic 80s Casuals style, the collection mainly consist of screen printed T-Shirts with pop culture slogans and logo inspired from the football casuals era. Some examples include the “The North Will Rise Again” Graphic T-Shirt available in a medium blue colourway. Another being a navy T-Shirt featuring a baseball player ominously brandishing a bat with the phrase “Found Myself In A Strange Town” in a typewriter font- a subtle nod to the book the T-Shirt was based on “The Warriors- Strange Town”.

The new 80s Casuals SS18 line includes a variety of beautiful prints, be sure to grab yourself a piece of footballing nostalgia here at Stuarts London.