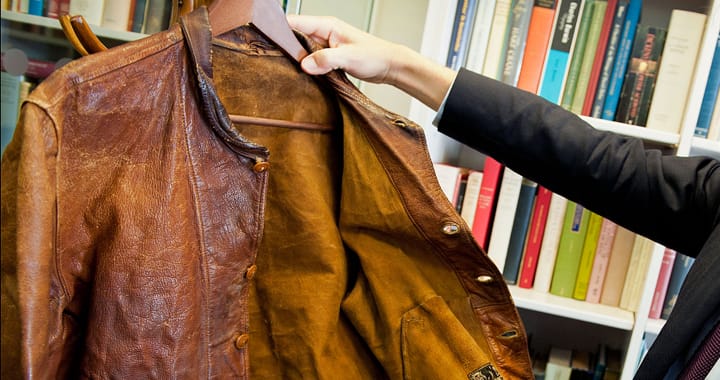 Yes, that’s right, Time Magazine’s Man of the 20th Century and infamous scientist Albert Einstein’s infamous Levis Leather Jacket has sold at Christies Auction House for £110,500 by Levis Stauss & Co themselves. Passed down the Einstein family lines for generations, perhaps one of the most famous jackets ever worn the jacket has truely lasted the sands of time and, as pictured below, still retains its tan colour, and has even retained the distinct smell of smoke despite Einstein’s passing over 60 years ago.

Whilst we are in awe of the piece itself and its current condition, the jackets history, and meaning, is also one of intrigue and fascination. For those of us who don’t know Einstein’s history, he was born in Germany in 1879 and was a Nobel Prize winner by 1921. By the time Hitler rose to power in 1933 he was world famous and upon learning of Hitlers rise to power and the new German government’s anti- Jewish stance, Einstein sought refugee status in the US later applying for citizenship in 1940. It was upon this act that he purchased this Levis Strauss & Jacket with the ethos that, “Purchasing an American Brand seeming fitting during the process of becoming an official US Citizen.”

Why A Leather Jacket?

So why leather? Well, Einstein has been quoted as saying, by one of his Princeton Colleges, that his idea of purchasing a leather jacket is based on the idea of restricting his needs in order to increase his freedom. Hence his long hair (reducing the need for a Barbour) , no socks (Can be done without), and a leather jacket for which Einstein has been quoted in saying that “One Leather Coat reduces the need for a coat for many years,” and thus it proved. 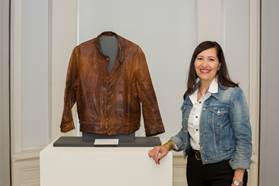 Upon its return to its birthplace, the new owner of Einsteins Levis Jacket, Levi Strauss & Co was thrilled  with their purchase stating that this jacket proves that people from all walks of life wear Levi’s, from Coal Miners to Nobel Prize-winning Scientists and that this jacket is an important artifact for Levi Strauss, Intellect, and history itself. We here at Stuarts London think they have only just gone and purchased a money can’t buy item that is as synonymous with a true icon from world history like Steve McQeen and Persol glasses.

Get The Einstein Look