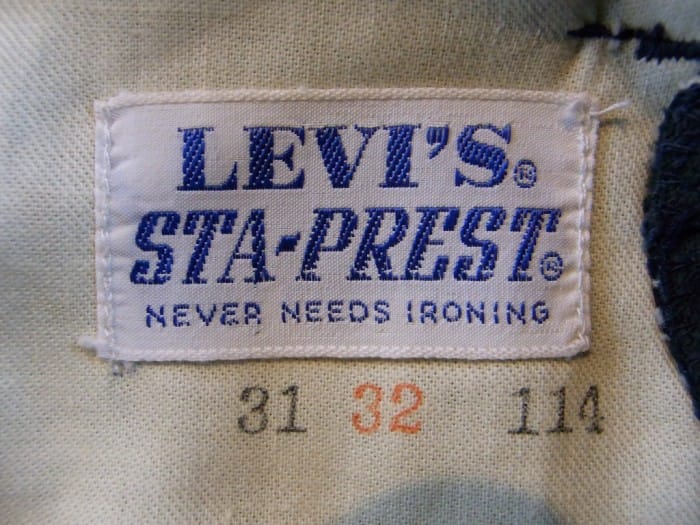 Levisor as the British would say “stay press”. The classic is now in the original format of side slant pockets and two welted back pockets. The quality is every bit as one would expect.  Sta-Prest (intended to be pronounced as “stay pressed”) is a brand of wrinkle-resistant trousers produced by Levi Strauss & Co., beginning in 1964.These products are marketed as wearable straight out of the dryer, with no need for ironing. The trousers were especially popular among British mods of the mid 1960s and skinheads of the late 1960s. Vintage pairs of Sta-Prest trousers have become collector’s items. 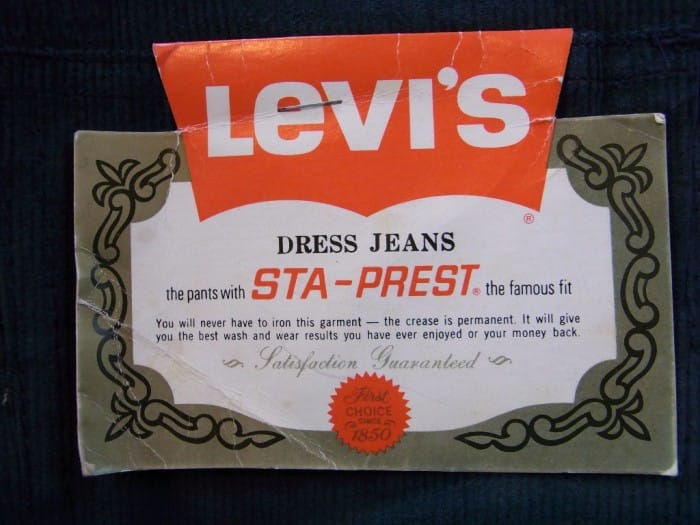 The crease is permanent, which means no ironing to maintain the crease. The fit is excellent giving room around the thighs and then tapering down to a narrow hem. A Classic 60’s look.

History of the Sta- Prest:

In 1964 Levis and Co. decided that they needed to innovate a non denim that had a permanent, sharp front crease. Once the production hit the stores its was an overnight phenomenon. Sales men rushed around the US to prove the story of the trousers that didn’t need to be ironed after washing, and history has it that one sales man even carried a washing machine in the back of his car to prove that this was the case. ( Nutter )

By the end of the 60’s nearly every American teen was in to the Levis Sta-prest adopted to as part of the preppy Ivy league look. 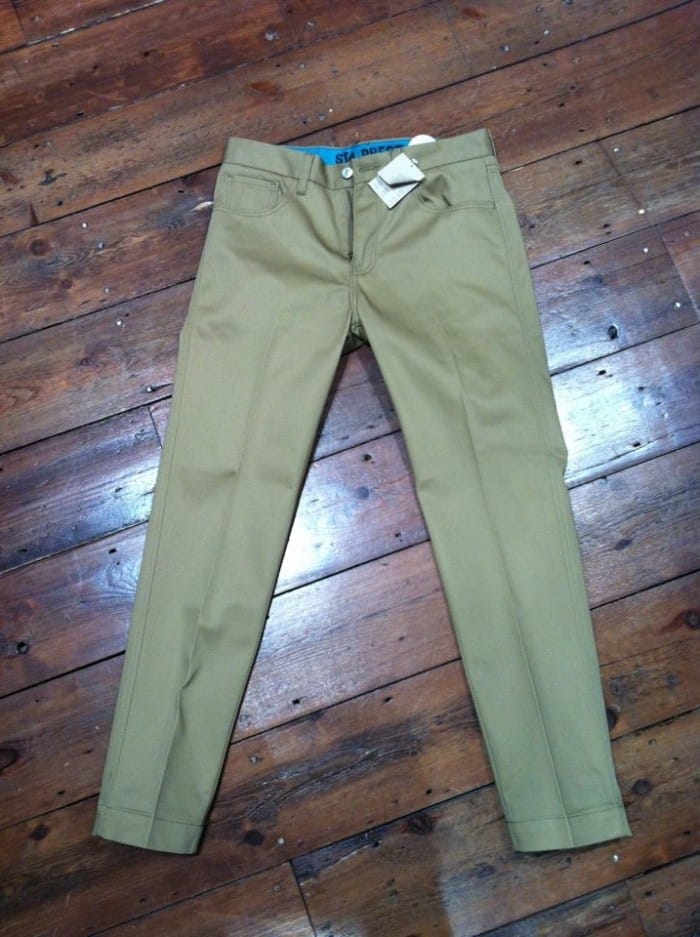 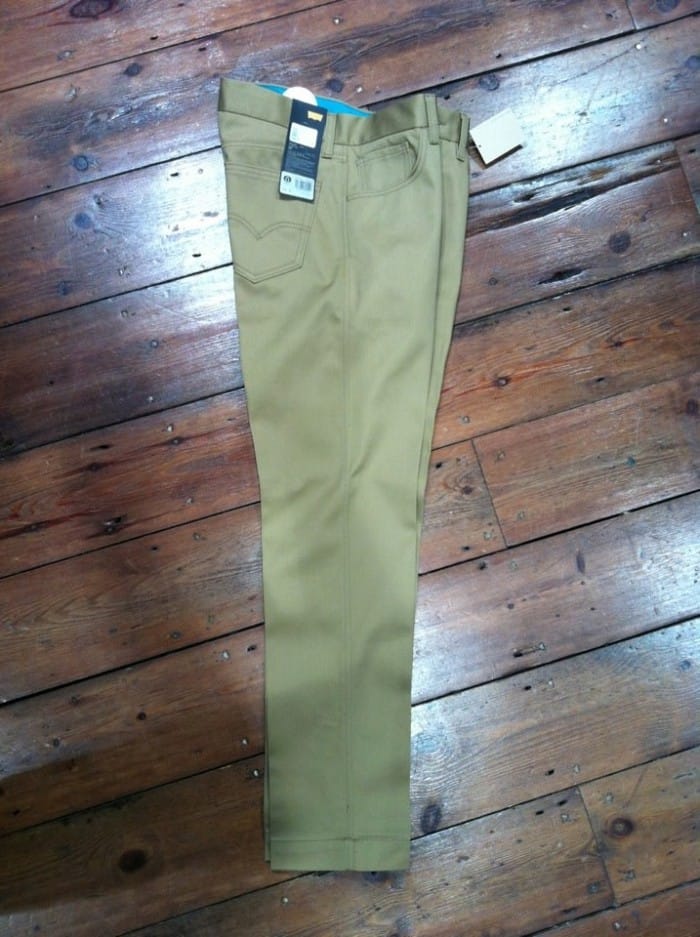 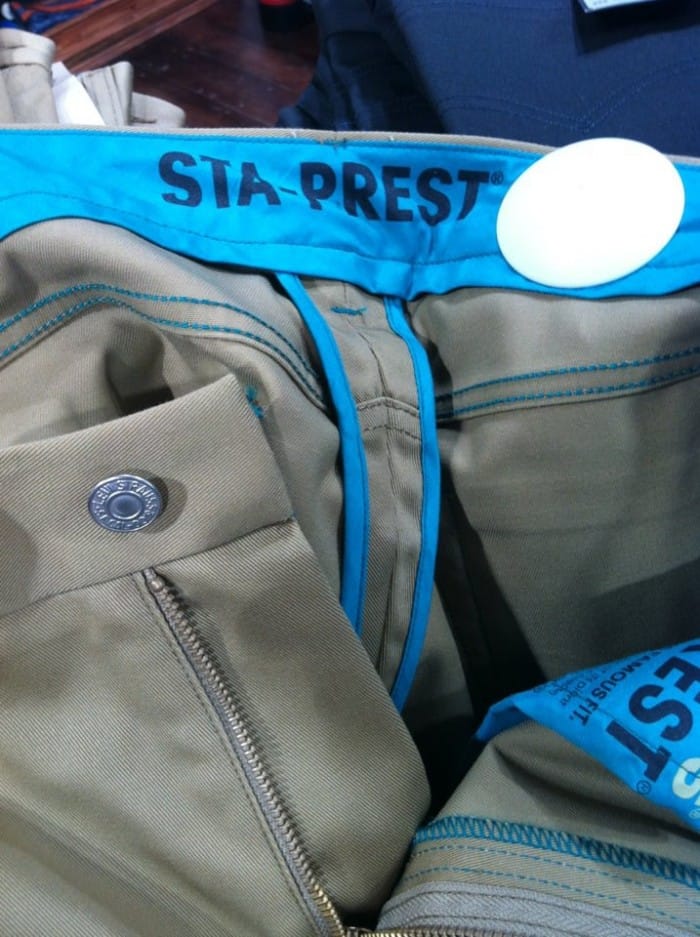 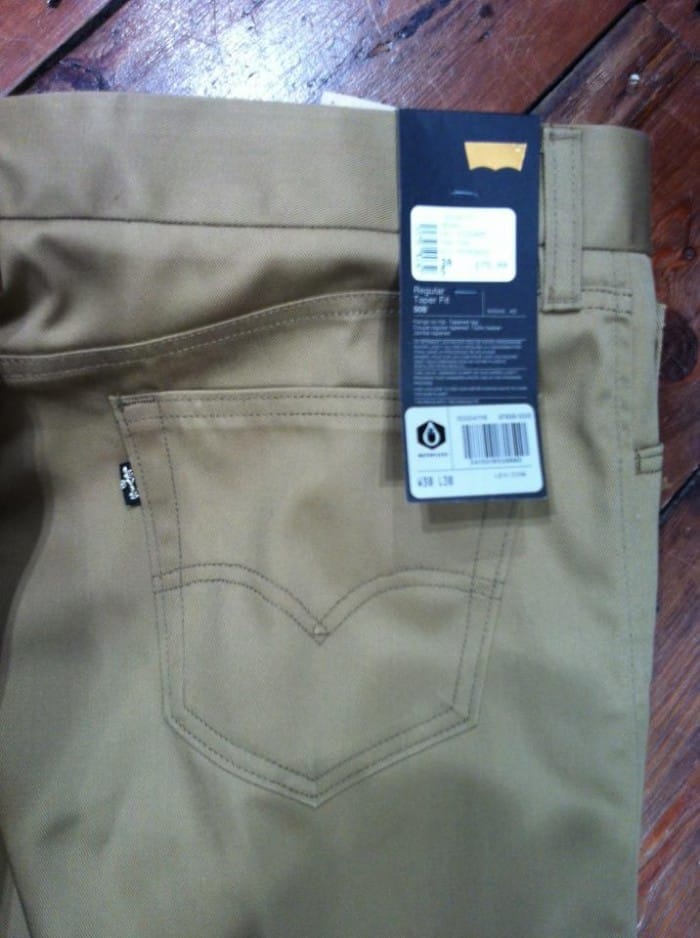 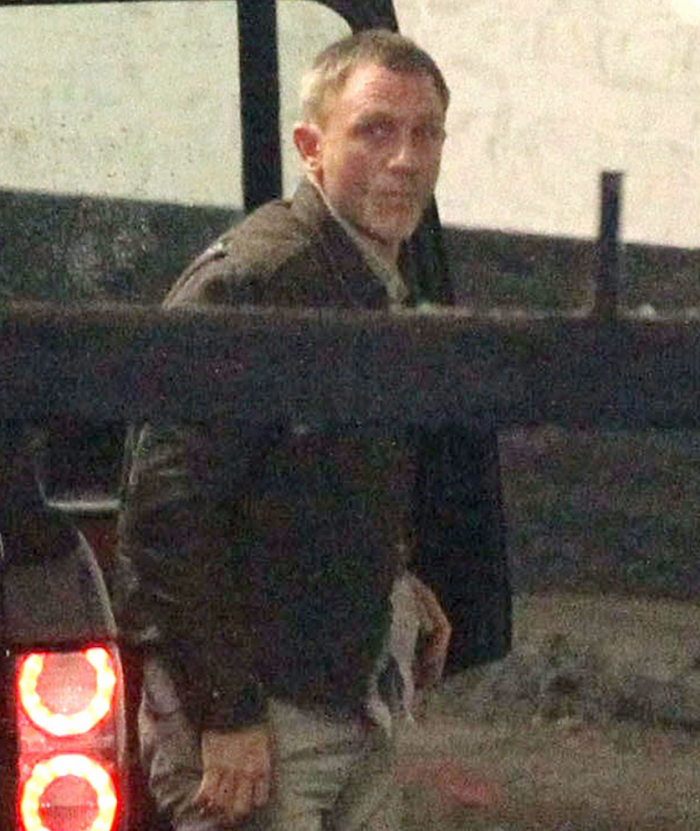