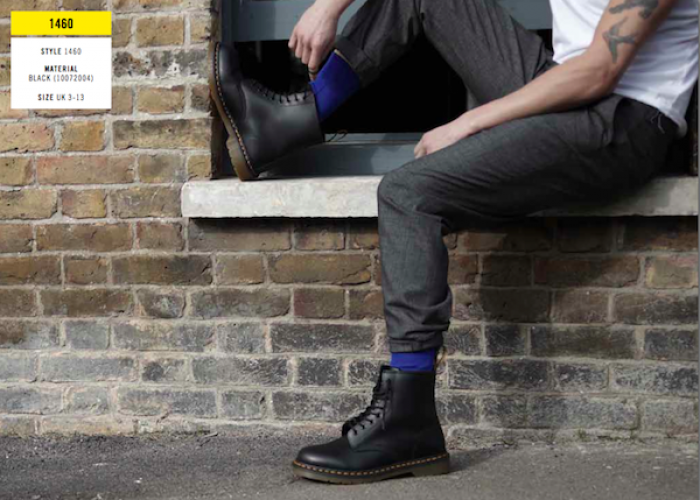 First things first, look out for the new Doc Martens. If you’ve ever tried to wear-in a pair then you’ll know that this is a very difficult indeed. So to remedy that, there’s a new Worn In collection launching in AW11 which means that the hard work has already been done for you.  Dr. Martens have just presented their SS12 men’s collection at the Bread & Butter fare in Berlin. It seems that Dr. Martens are planning on remaining hip for quite some time to come. In an interesting collaboration Dr. Martens worked for Fall/Winter 2011 with British Millerain on a Waxed Canvas Footwear Collection. The line-up includes a series of shoes –showing the lace-up, the brogue and the wingtip styles from the collection. 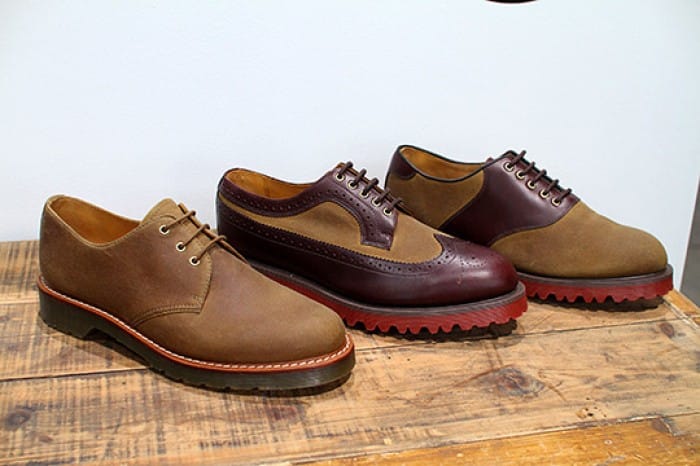 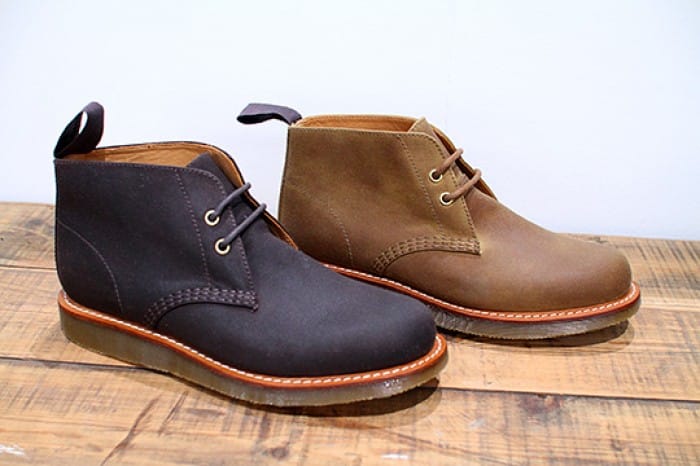 In Munich, Germany, Dr Klaus Maertens had a garage full of inventions, including a shoe sole almost literally made of air; Klaus Märtens did not have much success selling his shoes until he met up with an old university friend, Dr. Herbert Funck, in Munich in 1947. 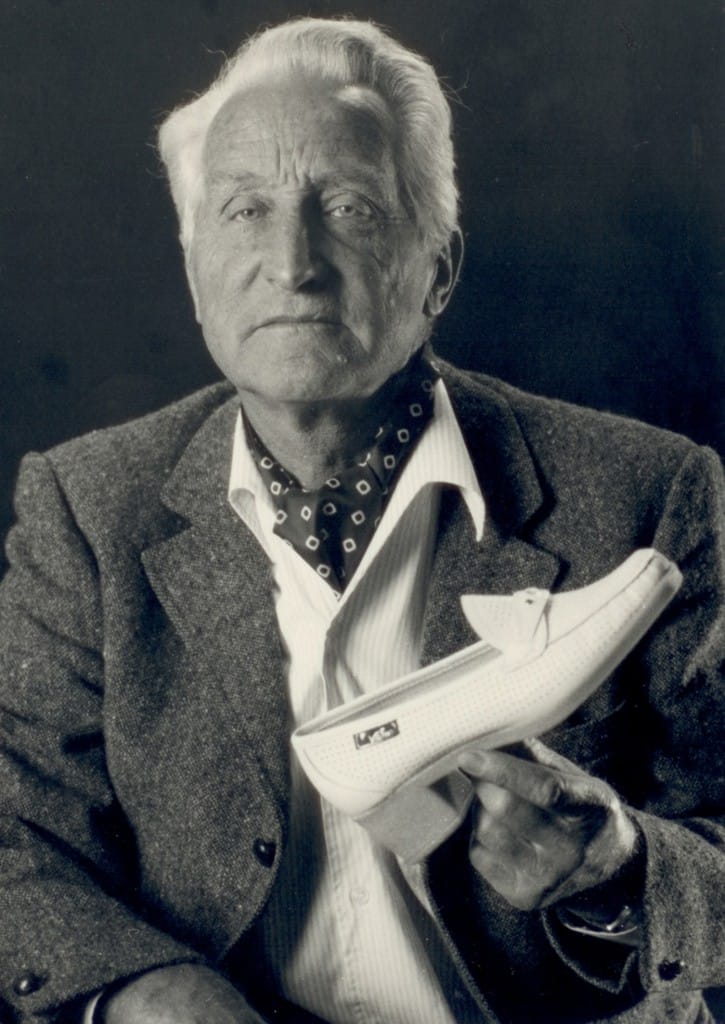 Funck was intrigued by the new shoe design, and the two went into business that year in, Germany, using discarded rubber from Luftwaffe airfields. The comfortable and durable soles were a big hit with housewives, with 80% of sales in the first decade going to women over the age of 40. 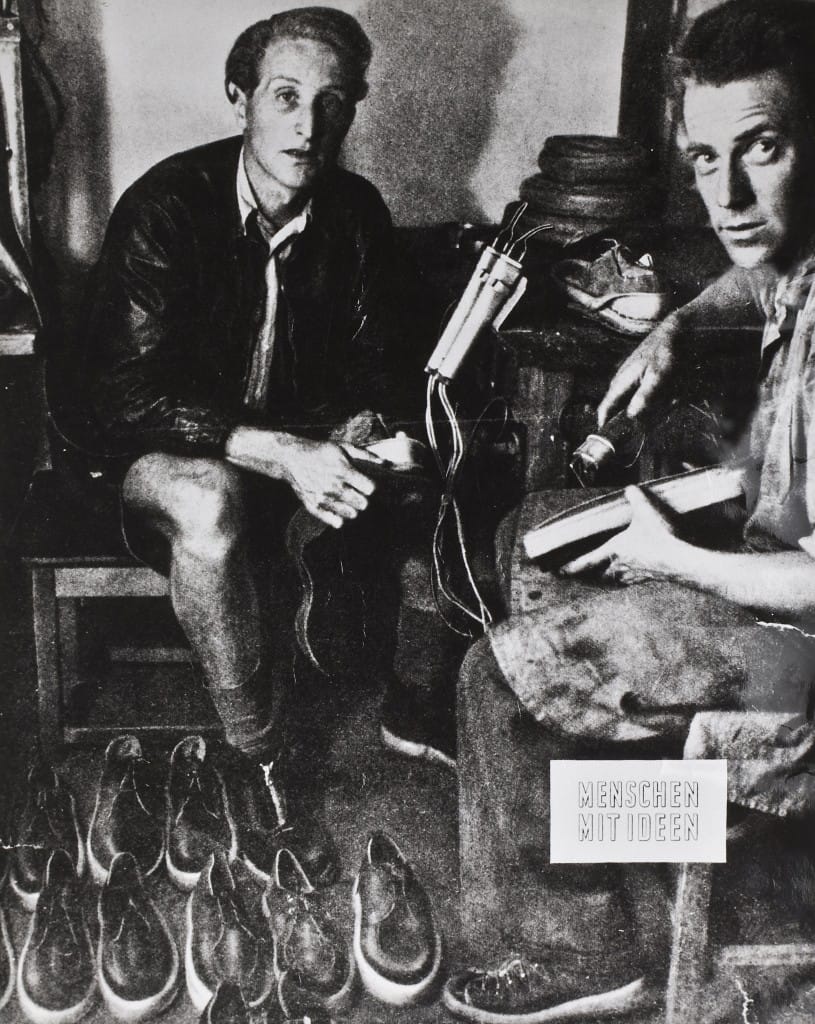 Sales had grown so much by 1952 that they opened a factory in Munich. In 1959, the company had grown large enough that Märtens and Funck looked at marketing the footwear internationally. In Northampton, England, the Griggs family had a history of making quality footwear and their heads were full of ideas. 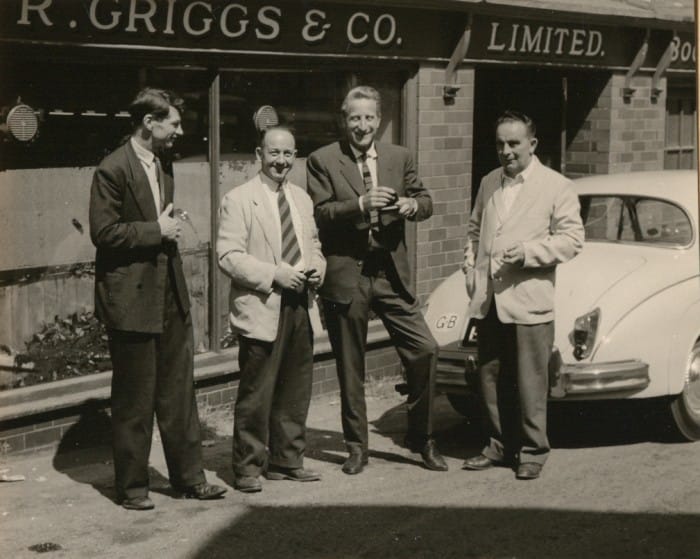 They met, through an advert in the classified pages of a magazine. They jointly created a boot that defined comfort but was practical, hard-wearing and a design classic. Almost immediately, Griggs bought patent rights to manufacture the shoes in the United Kingdom. Griggs anglicised the name, slightly re-shaped the heel to make them fit better, added the trademark yellow stitching, and trademarked the soles as AirWair. At first, like some viral infection, the so-called 1460 stooped near to the ground, kept a low profile, a quiet revolution. 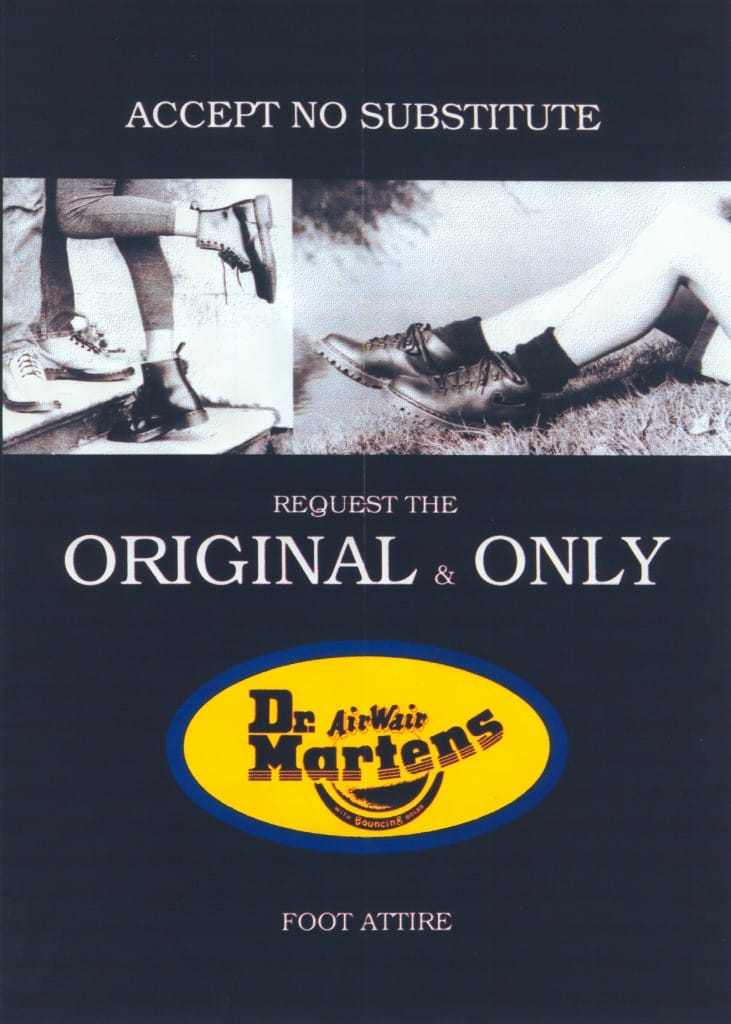 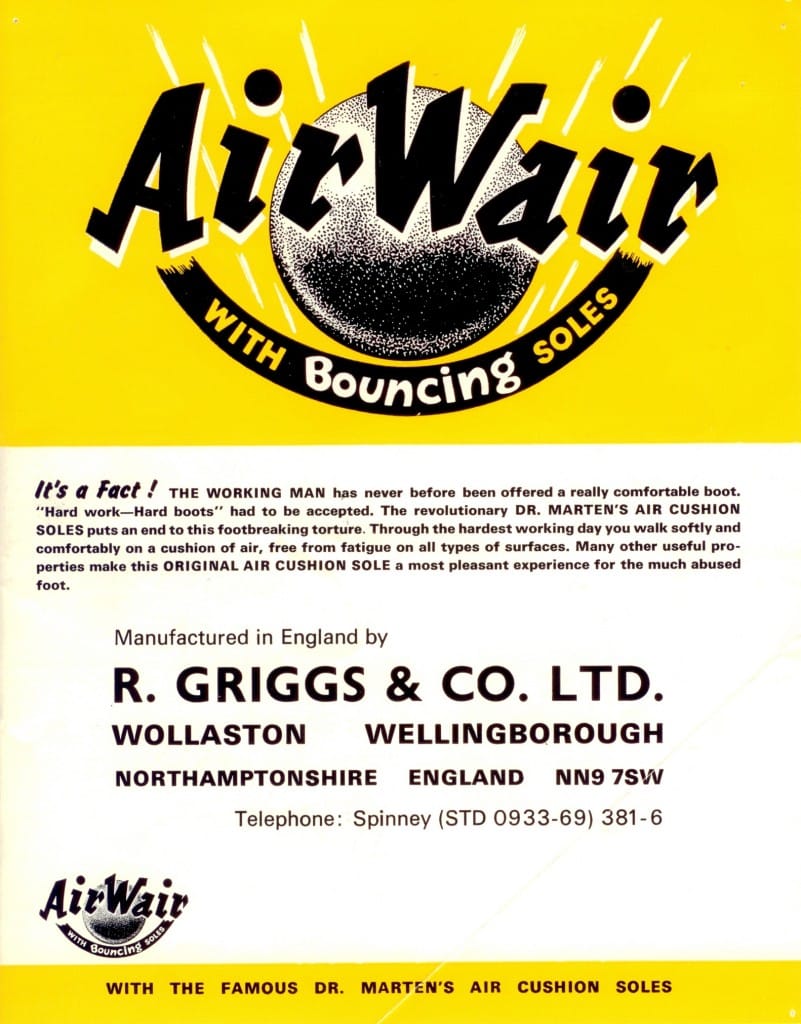 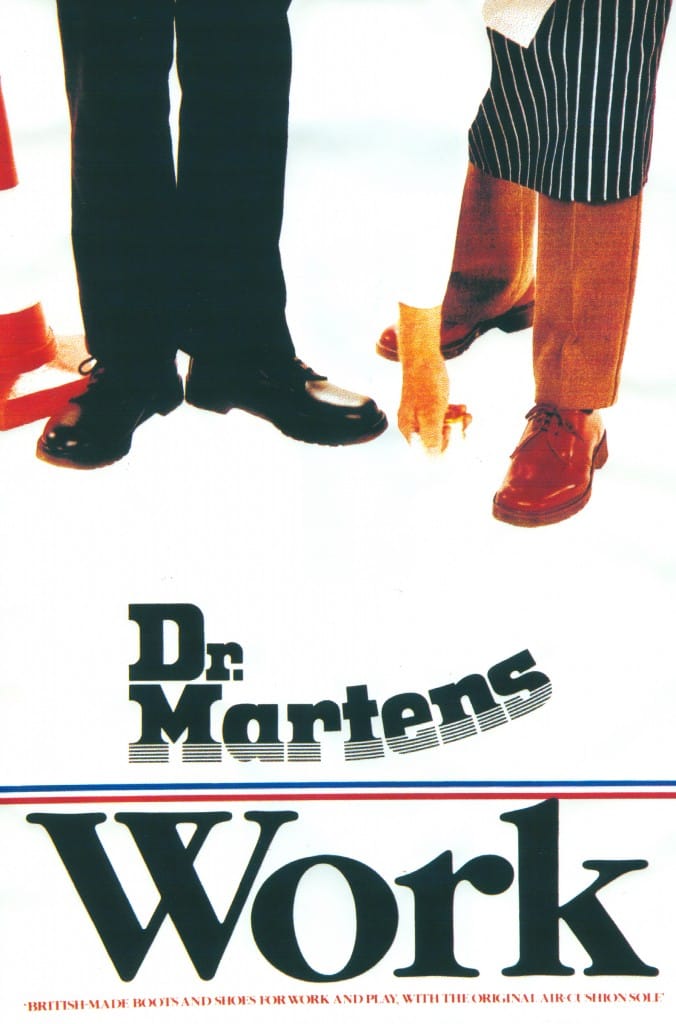 But then something incredible started to happen to happen. The postmen, factory workers and transport unions who had initially bought the boot by the thousand, were joined by rejects, outcasts and rebels from the fringes of society. At first, it was the working-classes; before long it was the masses. Skinheads were the first subculture to adopt the boot in the early 1960s, spilling out of the East End of London. The late 1960s and 1970s saw the boot adopted by – not thrust upon – nearly all the ‘tribes’: Mods, glam, punks, ska, Goths, and other subcultures. 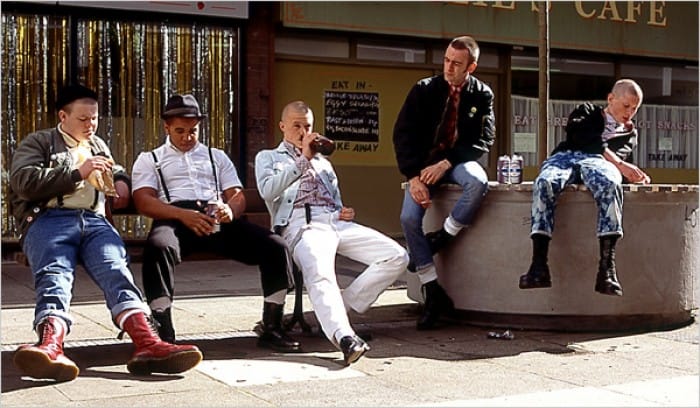 Dr. Martens sponsored Rushden & Diamonds F.C. from 1998 to 2003, and when a new main stand was built at Nene Park in 2001, it was named the AirWair Stand. In the 2000s, Dr. Martens were sold exclusively under the AirWair name, and came in dozens of different styles, including conventional black shoes, sandals and steel-toed boots. 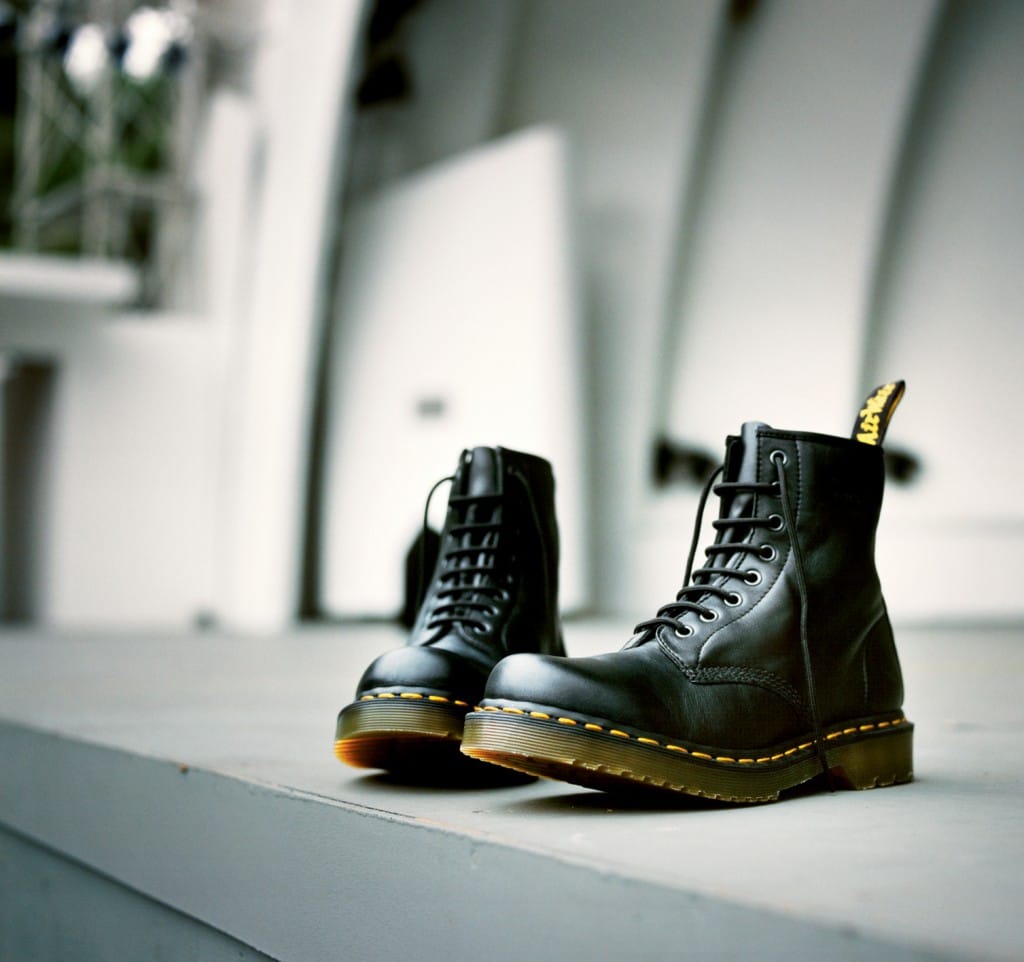 On 1 April 2003, under pressure from declining sales, the Dr. Martens Company ceased all production in the United Kingdom, with production moved to China and Thailand. With this change also came the end of the company’s vegan-friendly non-leather products, which were produced since the early 1990s. The switch to Chinese and Thai production led to Solovair and Tredair boots gaining popularity amongst the punk and skinhead subcultures, as these boots are similar to Dr. Martens and continue to be manufactured in the United Kingdom. In 2007, Dr. Martens began producing footwear again in England, in the Cobbs Lane Factory in Wollaston. These products are part of the “Vintage” line, which the company advertises as being made to the original specs. 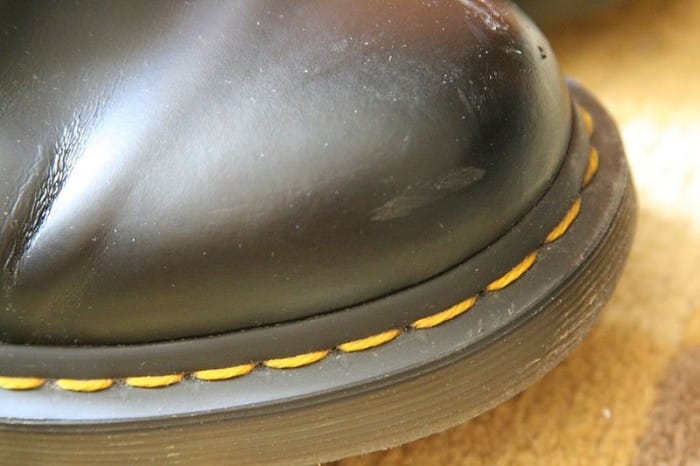 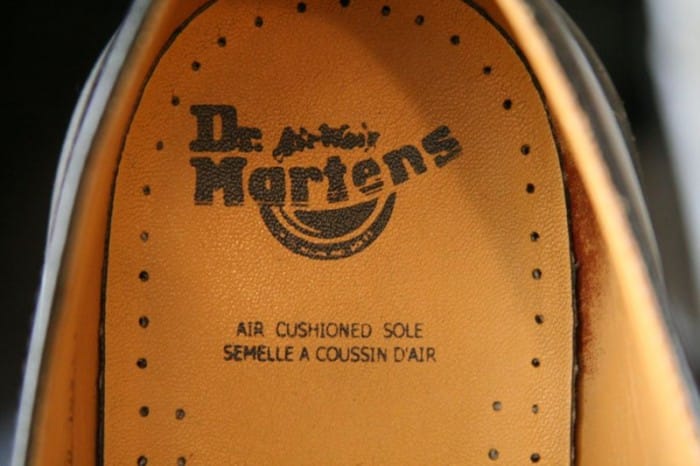 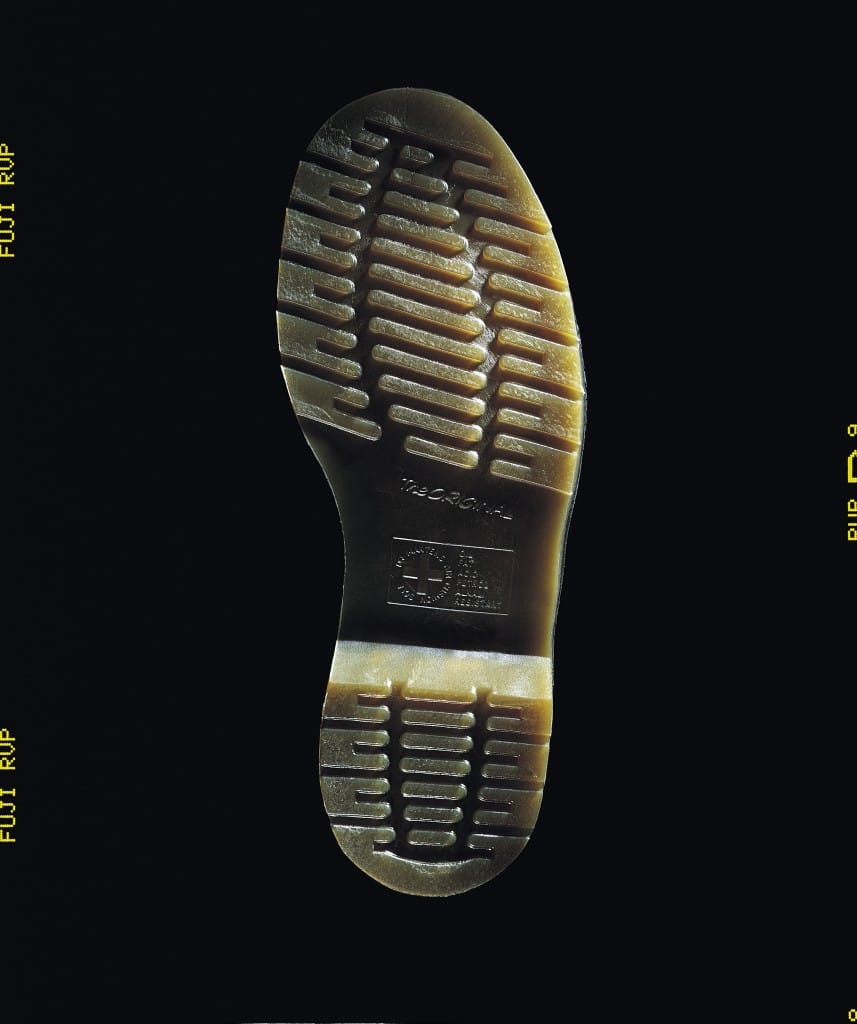 In April 2010, the Doc Martens 14-Hole black leather boot won two fashion awards at the 2010 Fashion Show in New York City; one for the ‘most popular men’s footwear in latest fashion’ and the other for ‘best counter-cultural footwear of the decade’. Decades have come and gone, brands have exploded and then imploded, but the 1460 is still there, unique, individual, and original. Anti-fashion defined in eight holes. 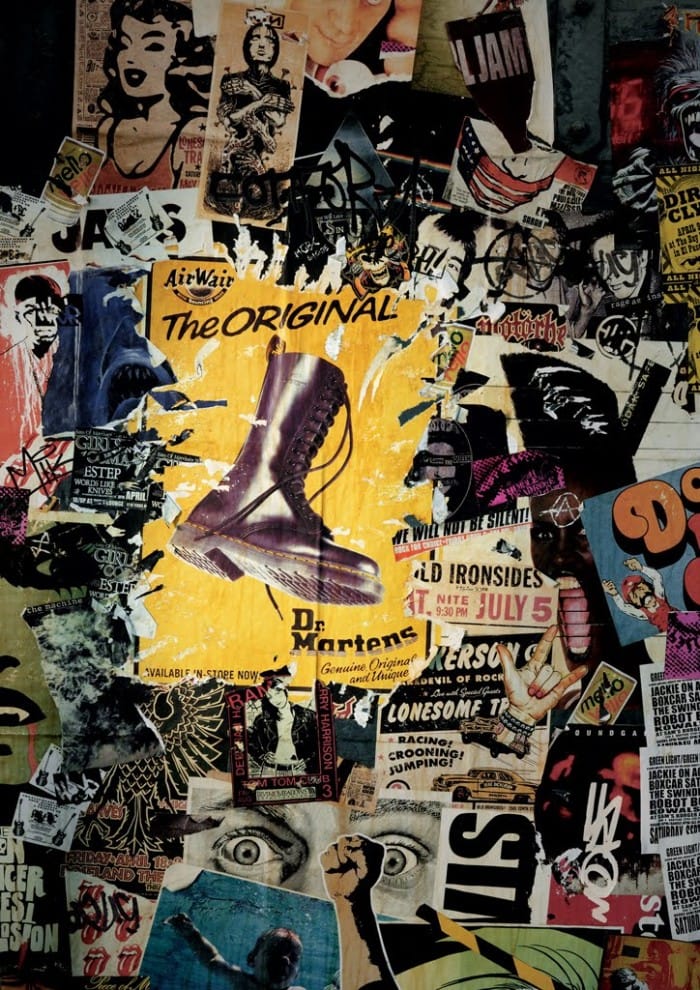