The Saint-James Company has been established in Lower Normandy, in the commune of Saint-James, close to Mont Saint-Michel, since 1889. Its fame is based upon a cult item of clothing “the genuine pure new knitted woollen Breton seaman’s sweater”. Originally intended for deep sea fishermen, then adopted by known seafarers, and amateur yachtsmen. Originally the shirt had 21 stripes.  One for each of Napoleon’s victories.  It was also believed that these stripes helped to locate a sailor if he falls into the sea.  In 1858, the Act of France introduced St. James’ Breton Stripe as the official uniform for the French Navy.

The Tricots Saint-James  perpetuates an extensive tradition which goes back to the Middle-Ages with its weavers, and drapers.  So for many centuries Saint-James was a major place for wool production due to the sheep of the north Contentin and Mont Saint-Michel areas.

Making of the Breton Sweater:

The origins of the fisherman’s sweater are to be found in Brittany. It is from there that merchants left during the 18th century to travel to England for the sale of their onions. These merchants wore an item of clothing that made them recognizable from a distance. The French expression “marchand d’ail” (garlic merchant) which is what these people were called became in everyday speech “chandail” referring to this item of clothing. Knitwear, which until then had been made from wool cloth, was made in a very tight stitching, using a secret stitch which granted to clothing warmth, water proofing, and considerable resistance to both the wind and cold. 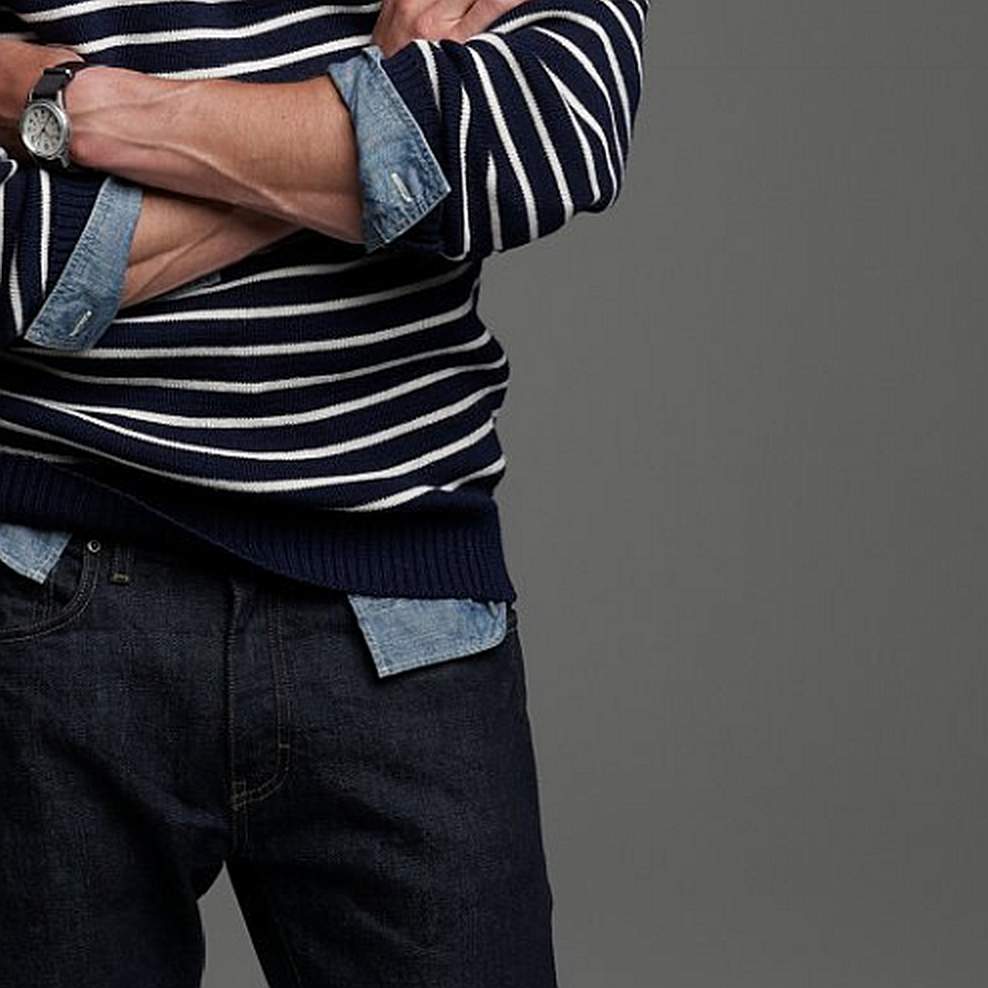 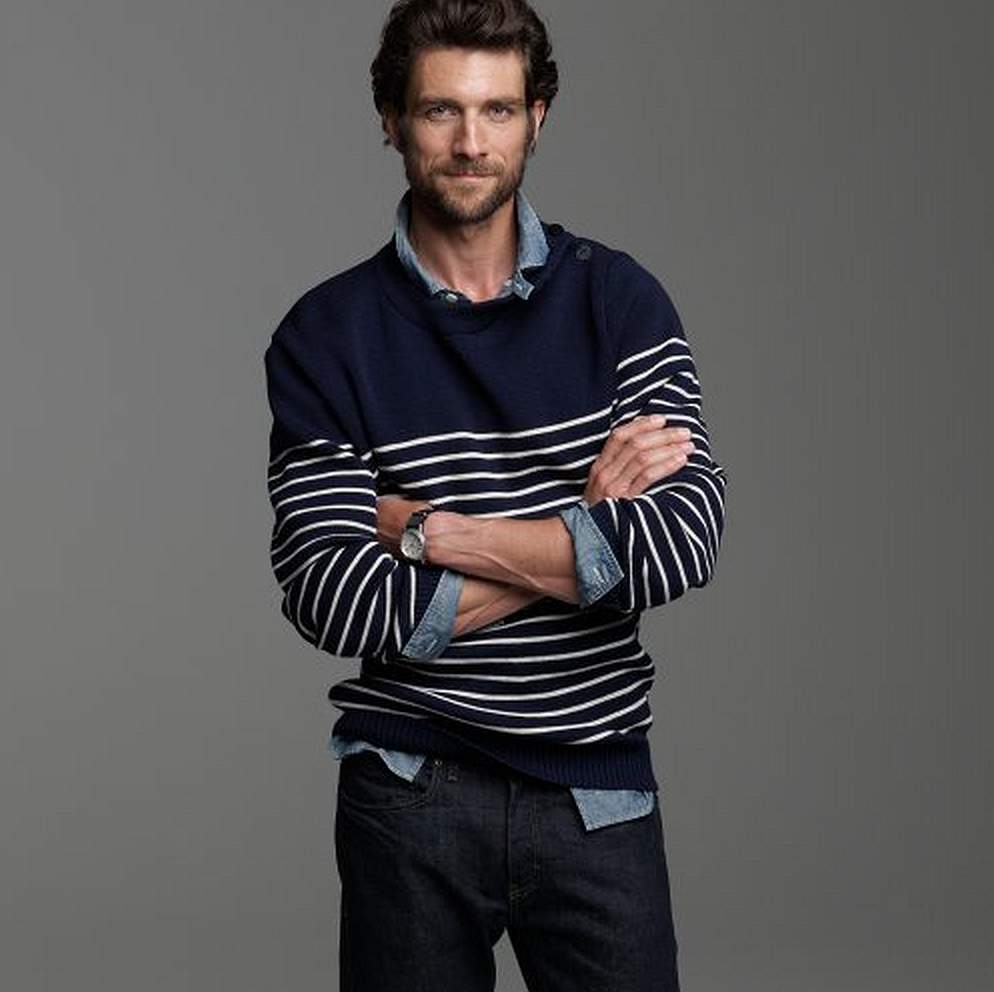 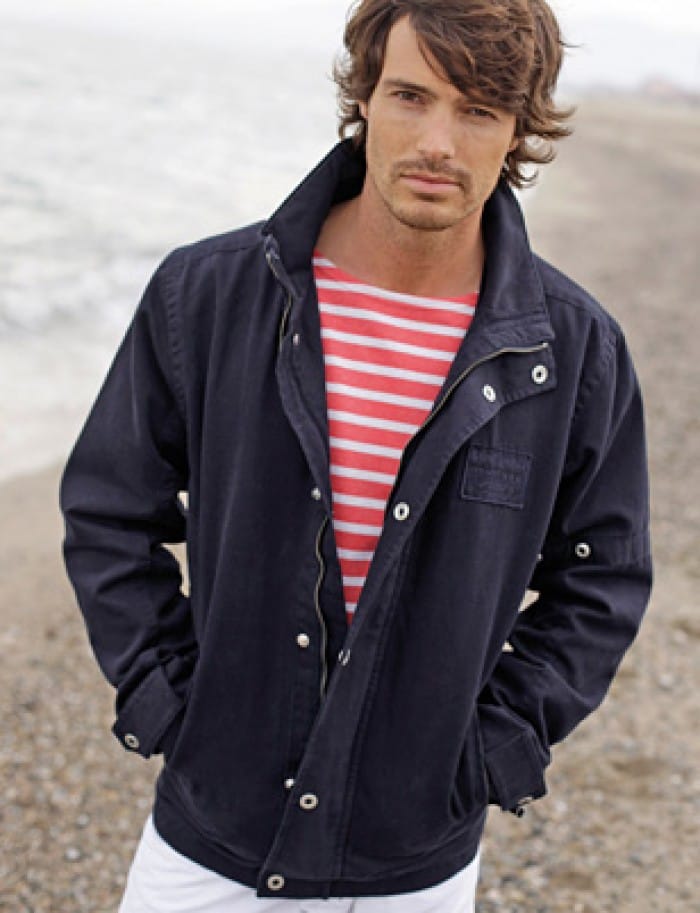 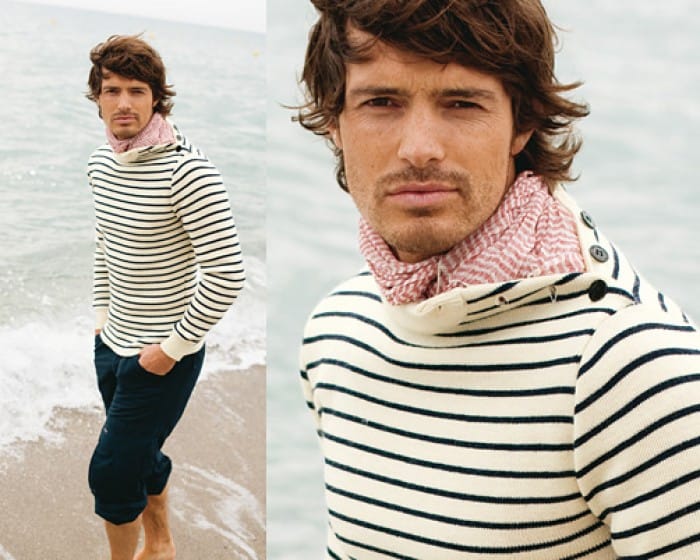 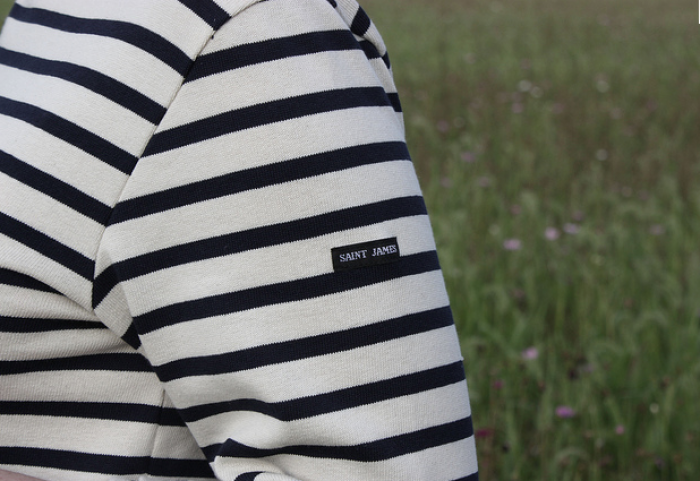 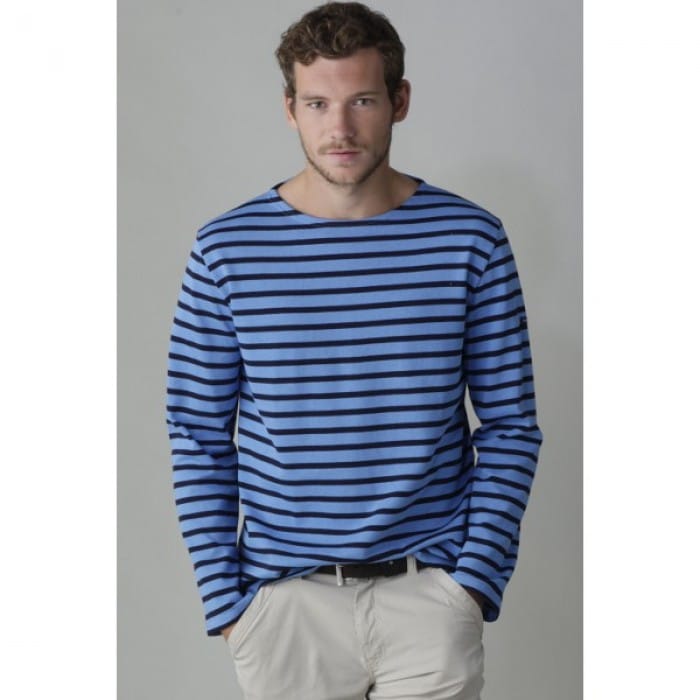 The real Fisherman’s sweater was a long garment, very close fitting, designed to protect a sailor’s back and keep the body warm. Highly practical, very easy to put on as a result of buttons on the side, and in unwashed sheep wool.  Several variants appeared: colours like red, white, striped, but it should be remembered that, in the Navy, the single coloured sweater was reserved for officers and the striped variety for sailors. In the French Navy, young recruits wear a striped tee-shirt during their three month on board training period. Originally reserved for professional purposes, the Fisherman’s sweater has now become, like jeans, a 20th century fashionable clothing item. Rooted in the common heritage, this mythical sweater is worn by both fishermen and weekend sailors, at sea, and in town. It is a real symbol of escape to distant horizons. 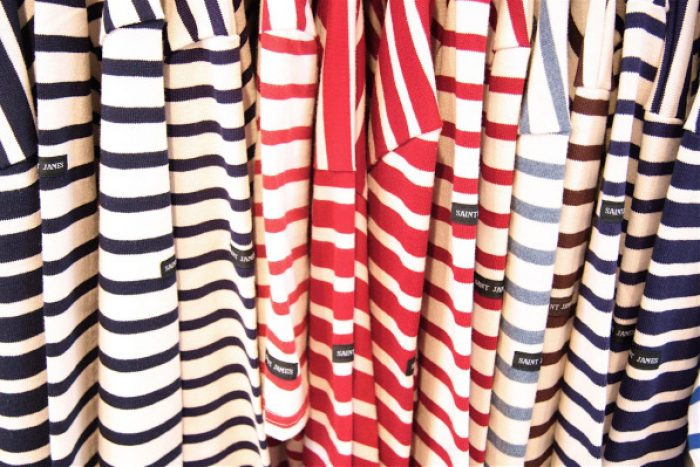 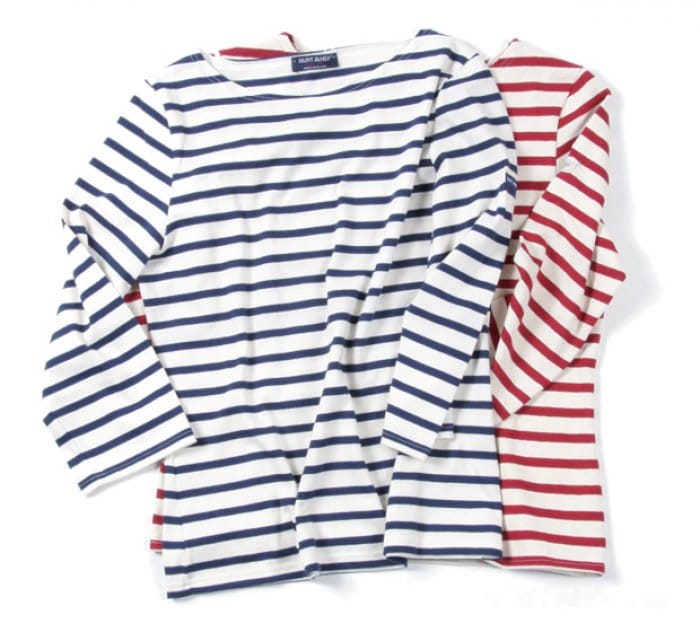 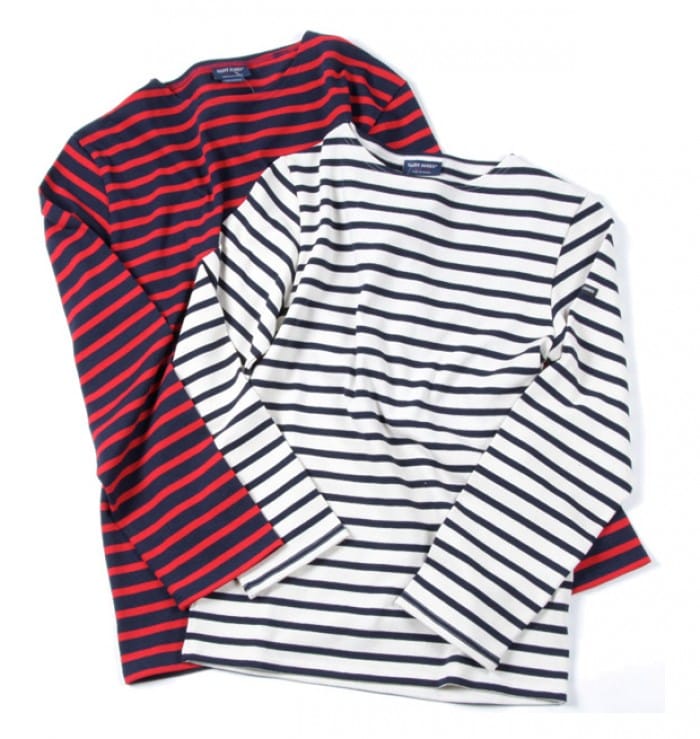 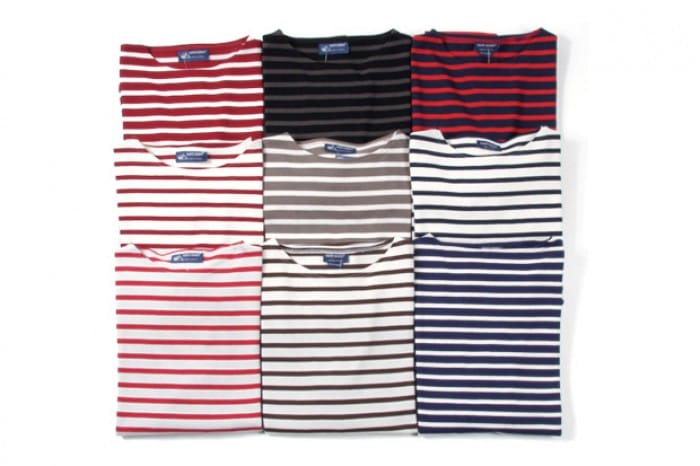 For a sweater, but even more for a jacket, the number of successive operations necessary before manufacture is impressive. At the time of leaving the knitting unit, the knitted parts are size stabilized by a steam spraying process. If they are not directly knitted to size, these knitted elements are stacked and cut using templates. The assembly of elements can commence: stitching, overcast seam, the famous stitching of collars or buttoned strips, the sewing of labels, logo, and badges. This is the implementation of an operator savoir-faire which has been handed down for generations. Each item of clothing is inspected prior to the creation of buttonholes, the attachment of buttons, and the Saint-James manufacturer’s label. Lastly, ironing adapted to each item of clothing grants the final touch, the pile bursting of a sweater, to the jacket, prior to being packed in a protective sachet. 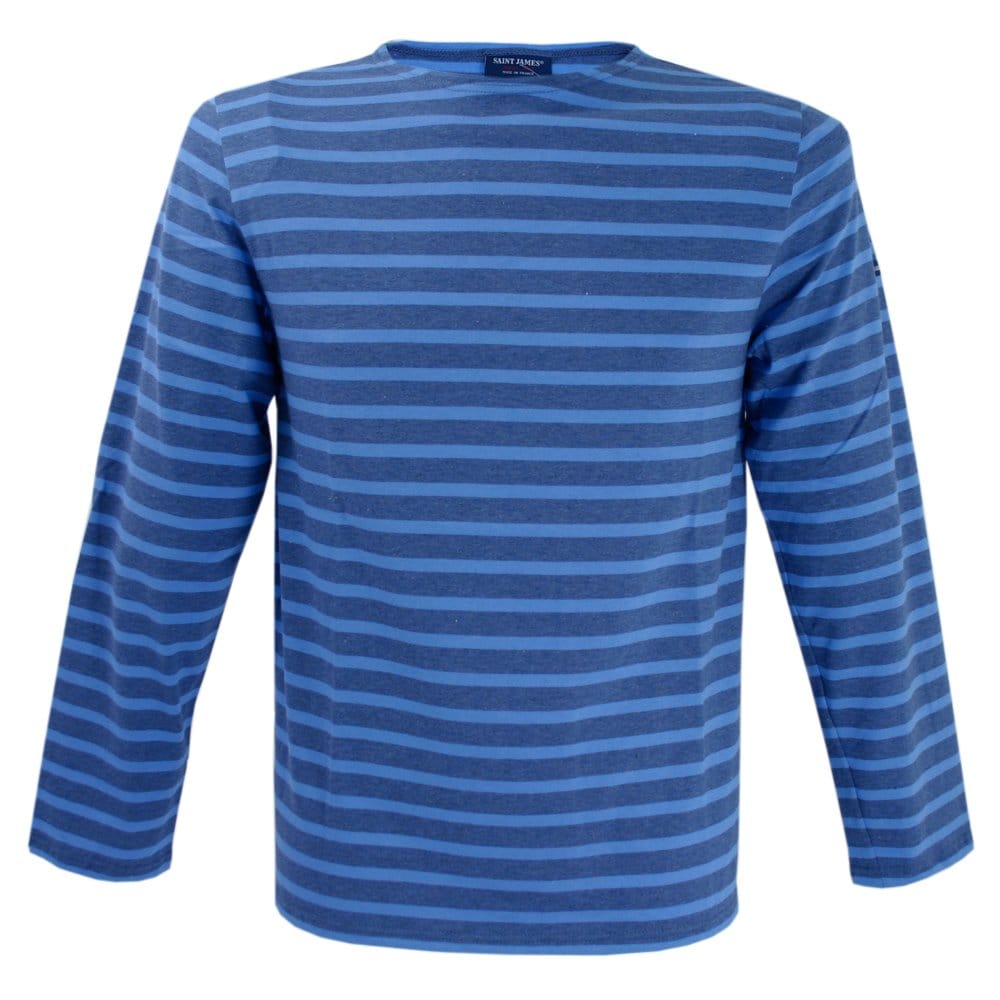 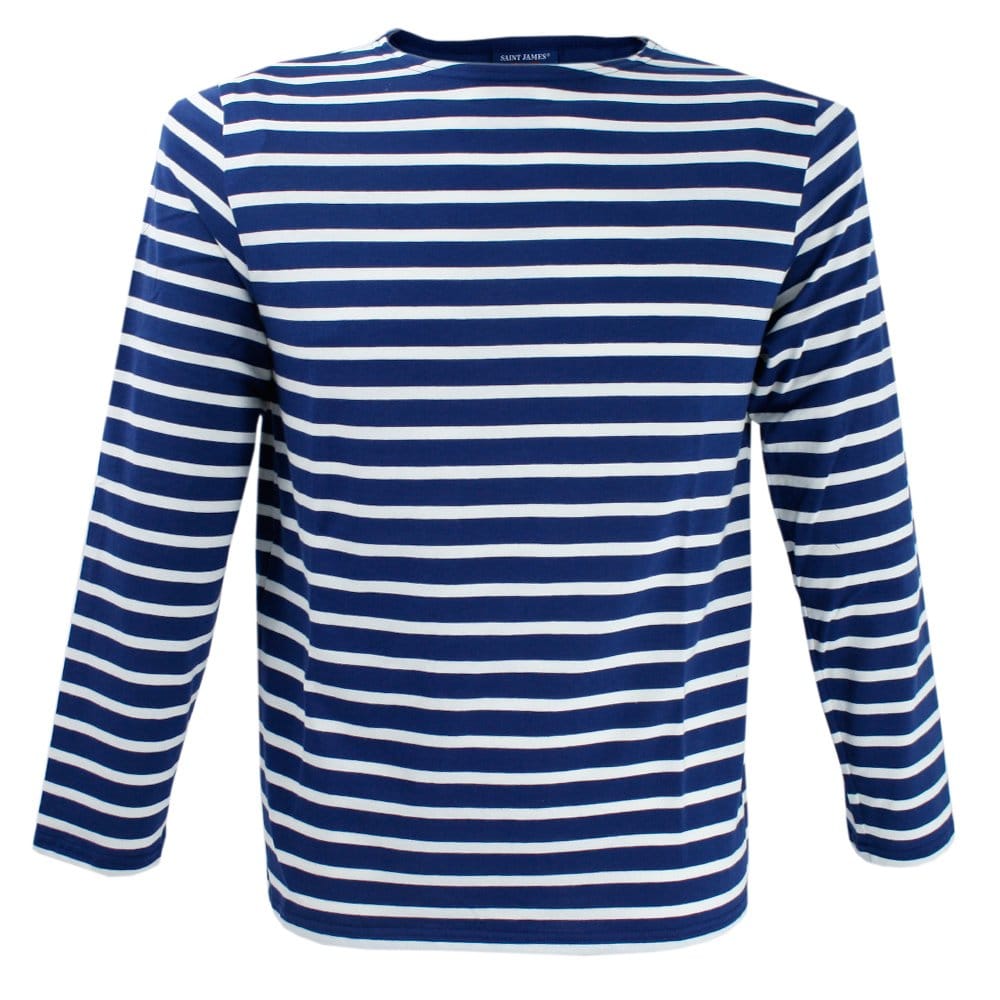 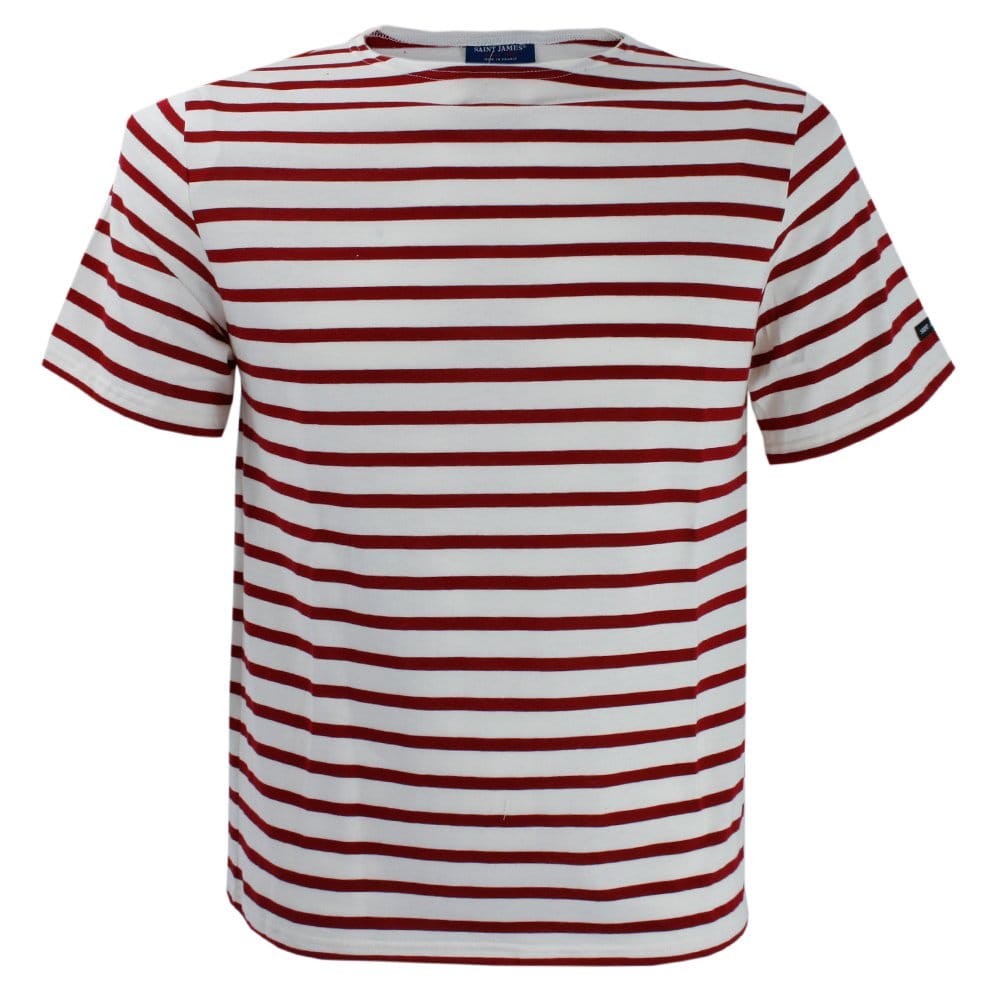 All you have to do is look at iconic images of Picasso, James Dean, and any other timeless icon who sported Breton striped items in the past to see just how classic they are and how they haven’t dated: Even men find them irresistible – Pablo Picasso, James Dean, Iggy Pop and Kurt Cobain have all succumbed. Karl Lagerfeld often reinterprets them for Chanel, Japanese label Comme des Garçons shows the Breton as a constant in its collections, and Jean Paul Gaultier uses them as a cheeky reference to his national dress in the way that a Scottish designer might play with tartan. This association with French style has helped the striped top’s reputation no end. From Jean Seberg and the Gainsbourg family to the current breed of fashion editors at French Vogue, the Breton top, or la marinière as it is known across the Channel, reeks of easy Gallic chic. 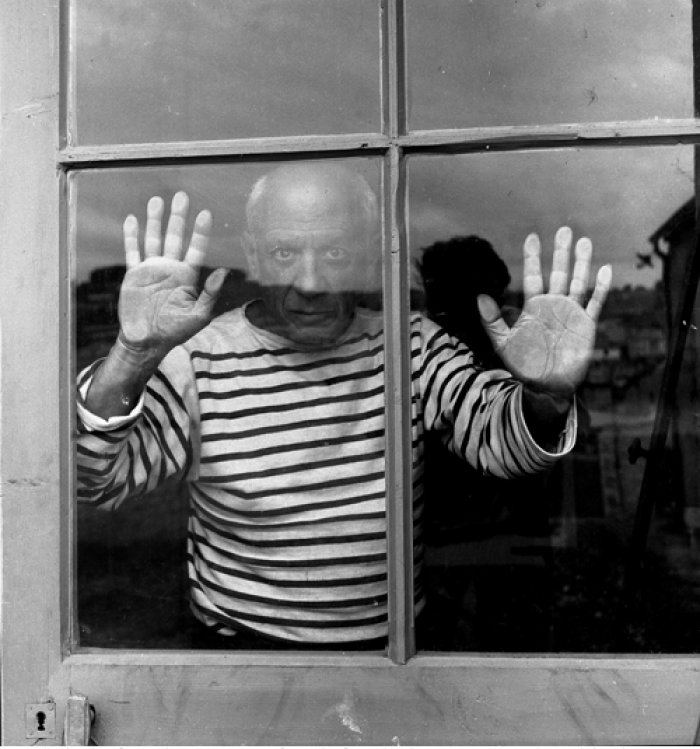 Here at Stuarts of London have a good selection of Saint-James Breton clothing.