Patrick Ewing a legend in his own time and a renowned basketball player was commissioned to design the perfect boot that would meet the exacting requirements of professional basketball players.

Only the finest materials had been selected to ensure the Ewing 33 Hi was not only comfortable but durable. Patrick Ewing boots were worn not only on the court to improve players performance, but such were the greatness of the designs the boots became a phenomenon off court too. 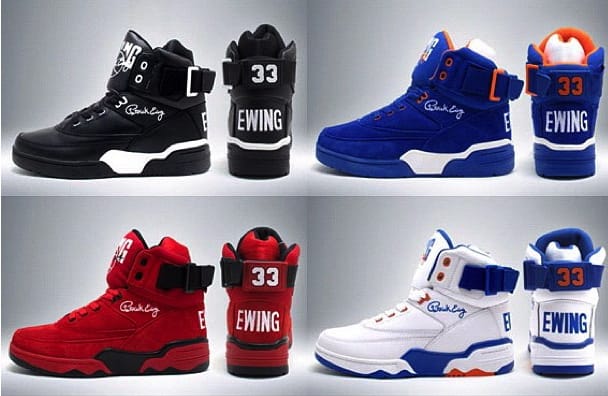 The 1980s gave birth to the signature basketball shoe as many players received their own shoe model from companies, and in 1989 Patrick Ewing took it one step further, becoming the first professional basketball player to have his own shoe company. Before becoming a professional, Patrick dominated the collegiate ranks and wound up going to New York as the top pick in the 1985 draft. The most revered and beloved player in New York history, Patrick was voted as one of the 50 greatest players of all time and his career accomplishments read as such.

As much as the players loved to wear them, the fans would wear them with pride.  Ewing Athletics. The first model he wore briefly for the 1989 season was the Rebound, but the first main release from the company was the 33 HI. This shoe would go on to become a huge seller, becoming a street staple in NYC, and eventually becoming a favorite in Europe and Asia as well. The 33 HI remained in production and a top seller for years, and was featured in many album covers and music videos of the era. 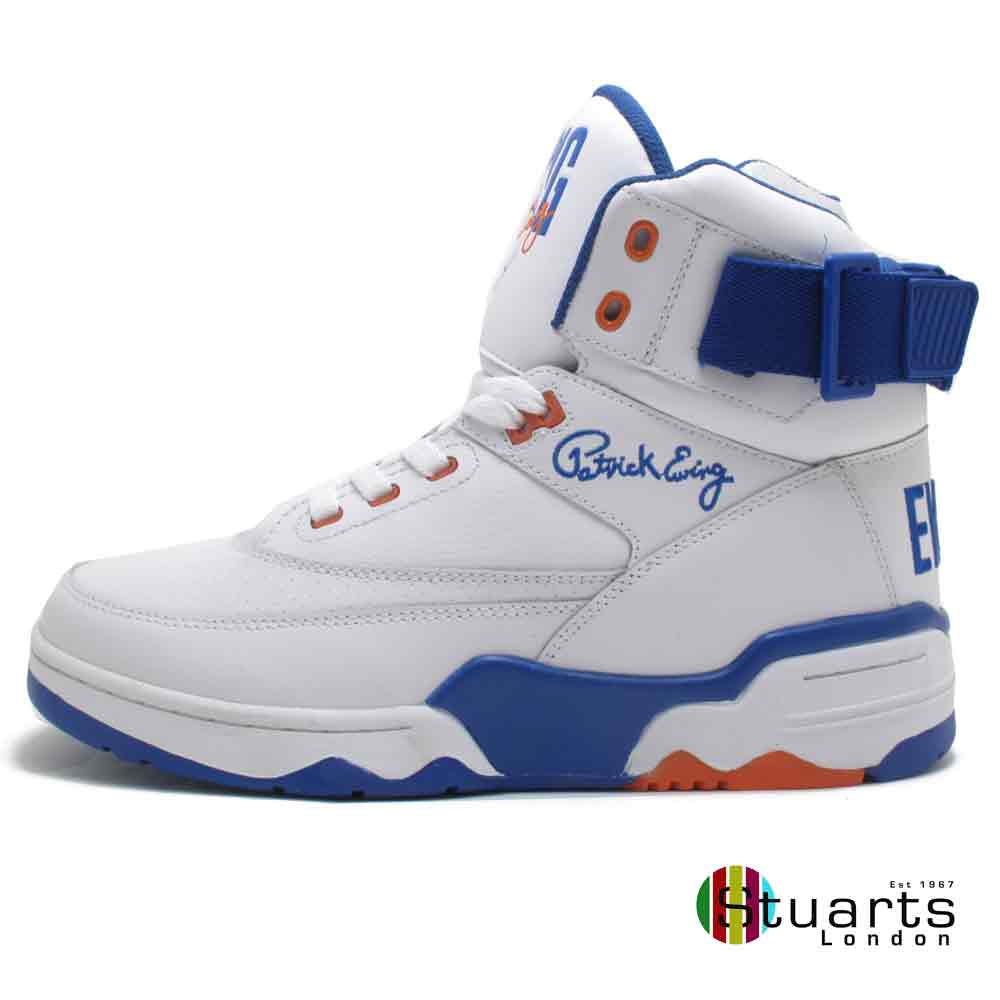 Being 12 years old back in 1989 , I clearly remember the blow up around basketball and the fashion that followed it. The two clear winners of the time were Nike Jordan’s and Patrick Ewing. Myself was a fan of Patrick Ewing’s whilst some of my other friends were into the Micheal Jordan’s footwear line. Although the Ewing styles were the first to hit the stores.  At the time we would wear “fat laces” and customize the laces with adding more colours to create a square Criss Cross section. 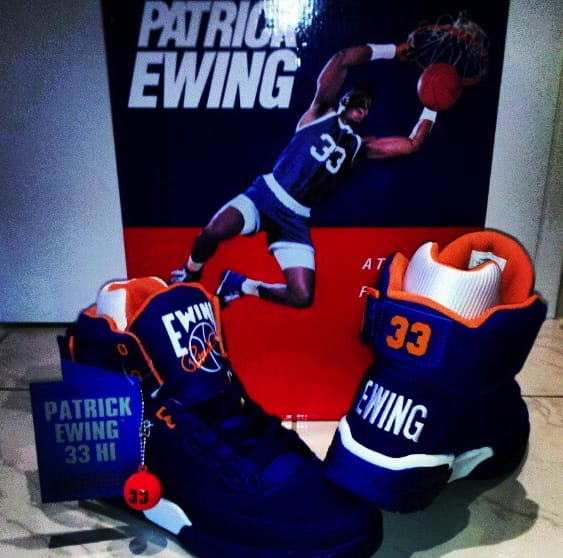 In the 2000′s as the Internet Age dawned, there became a huge online cult following and demand increased for vintage Ewing shoes from all over the world and in 2012 Patrick has relaunched Ewing Athletics.

“Our goal is to cater to our core fans who want the original models produced true to form, with authenticity and with respect to the heritage of the line” ….Ewing Athletics

Now for the very first time Patrick Ewing basketball boots  “EWING 33 Hi” make a comeback in all the original colour-ways. Available in four colours due for delivery in March, and with a further two colours due for April/May. 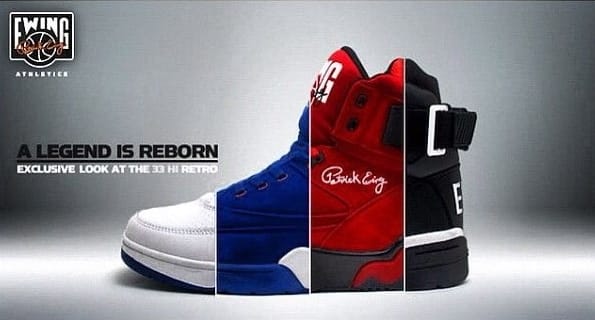