The Nike Air Force 1, The Story Behind The Icon.

The Air Force 1 is arguably the most iconic sneaker of all time. Making its first debut in 1982, it has since become the ultimate sneaker throughout generations for both footwear enthusiasts and for the general public. The history of the air force one first began when Nike designer Bruce Kilgore developed a high top sneaker with a grey and white colourway. The sneaker was quickly adopted by many high profile NBA players. Below is the original Nike Air Force 1 designed back in 1982 in it’s ‘white and neutral gray’ colourway. 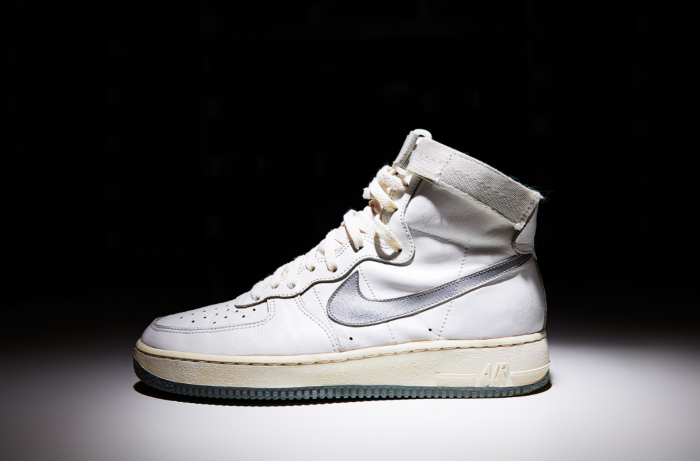 The original Nike Air Force 1 from 1982 in “White/Neutral Gray,” Image via Nike 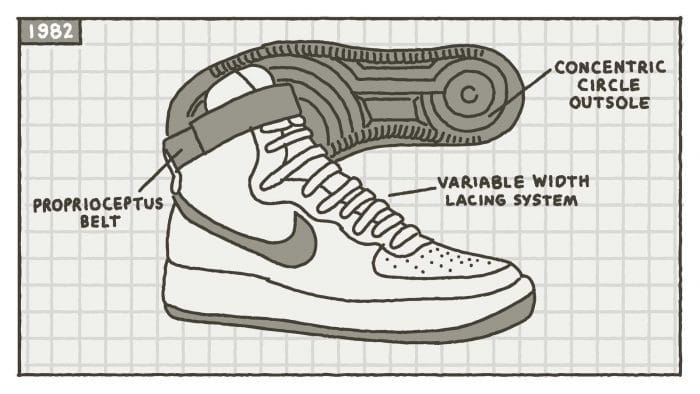 After the success of the sneaker, even after opening it up to a wider audience, in 1982 Nike decided to move on to the next innovation in their sneakers and shelf the Air Force 1 in the process. However, positive pressure from the public and retailers to keep the Nike Air Force 1 lead to it being introduced in a variety of new colourways and ultimately lead to the Air Force 1’s continued success that is still just as prominent today. In fact, Baltimore is held on a pedestal to this day as they are said to be responsible for saving the Air Force 1 through their ‘Colour of the month club’ along with retailers. During the decades, the sneaker has undergone changes, tweaks and updates to reflect trends but it has always retained that classic design we all know and love. With high, mid and low styles, it’s no wonder the design has been adopted by so many. 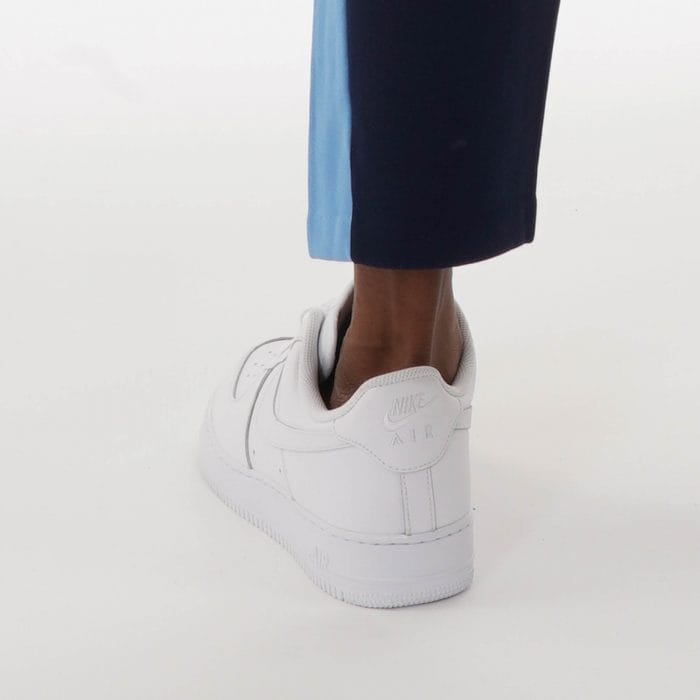 During the 90’s the Air Force 1 continued to engage with sneaker fanatics by introducing new colourways which later went on to create a storm in many international markets. Following this continued level of growth for the sneaker, by 2001 Nike decided to introduce women’s sizing and even started to run collaborations with huge brands such as play-station. From the success of the collaborations Nike decided to launch Nike id which meant consumers themselves could directly design their own sneakers with the ultimate Nike Air Force 1 silhouette. 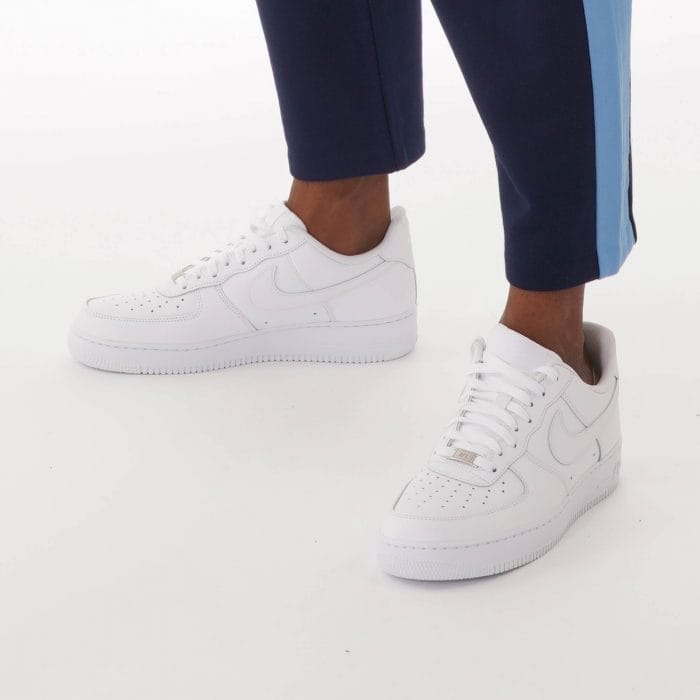 The Nike Air Force 1, received lots of endorsement from the NBA world but it also created a media storm within the music industry, especially the hip hop genre. With songs from Jay Z and Nelly specifically calling out the white on white lows in their songs, the shoe itself needed little marketing. In the UK, the grime scene also famously adopted the sneaker. What makes the Air Force 1 sneaker so iconic as that it continues to embrace new designs, colours and styles but it always retains its ultimate Air Force 1 DNA that was created in its first debut. Nike still continues to work with in the music industry by launching unique collabs and designs. For example, Travis Scott recently did a Nike Air Force collab combining the swoosh with the iconic Air Force 1 silhouette. 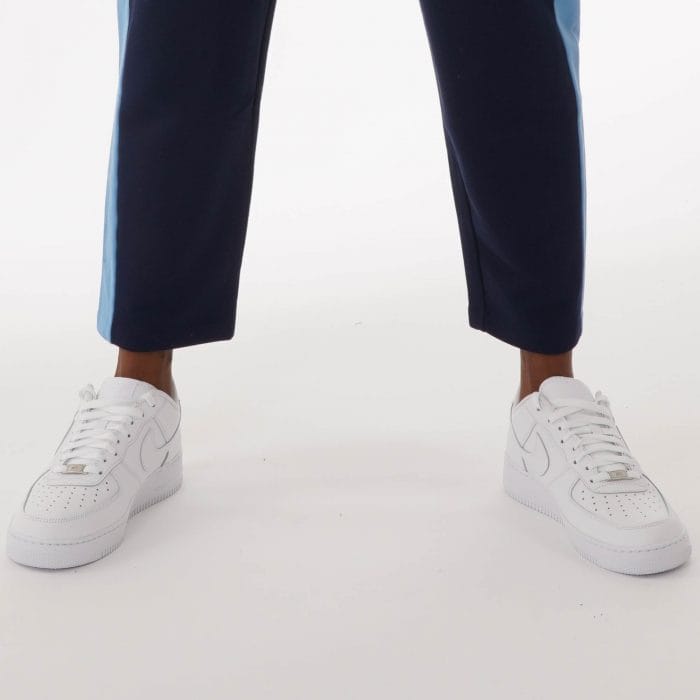 The Nike Air Force 1 ’07 is arguably the most versatile sneaker of all time. Its fresh white colourway means that not only can it go with every outfit you have but the sneaker itself shows the old school DNA of the Air Force 1 whilst embracing contemporary styles and trends. The low style and fresh white look also means that this sneaker is must have addition to your summer style. This colourway is also bang on trend for 2019 with its chunky sole and its simplistic design.