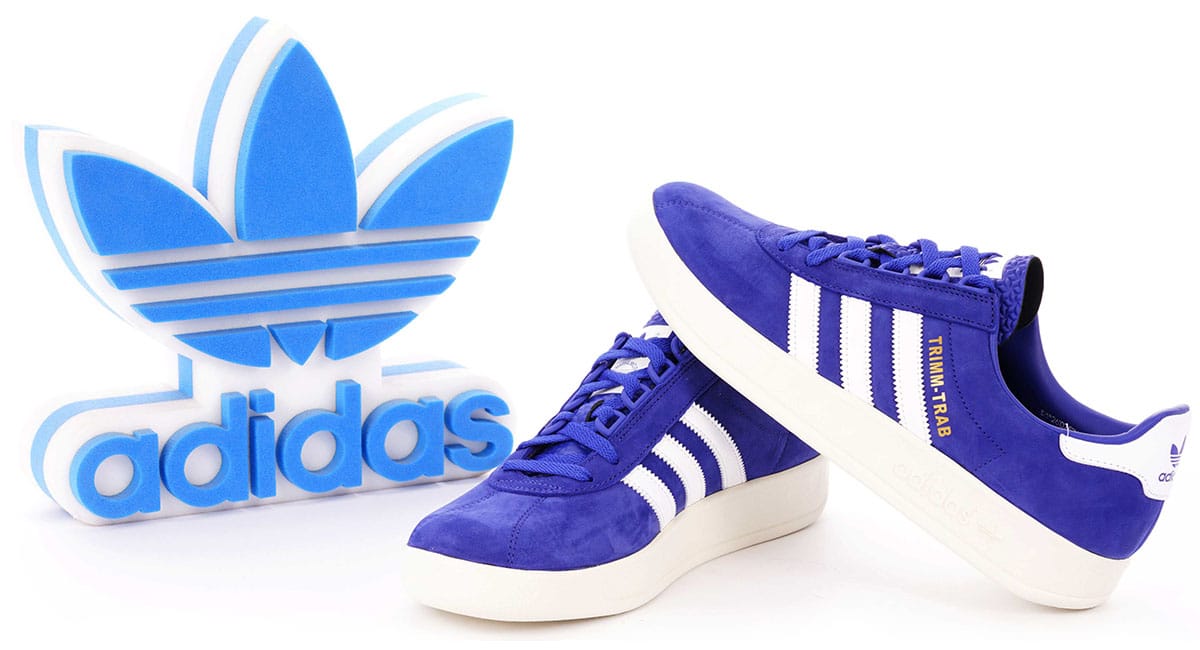 The return of a classic! Highlighted as the Ultimate Casuals silhouette the iconic Adidas Trim Trab is set for a re-issue later on this week in an eye catching Active Blue colourway that is reminiscent of the originals from way back in the 70s and 80s.

The iconic blue is still the most sort after colourway of the Trimm Trabs to this day hence why it is so exciting to see the ultimate silhouette brought back. Originally, the trimm trabs trainer was added to the fitness range and later went on to feature in the classic 2009 film The Firm along with the iconic clothing.

Featuring a contrast leather heel panel, tonal lace and tonal stitching alongside printed branding to the tongue finished off with gold foil like branding to the side wall placed next to the classic contrast three stripe.

Set to release in limited quantities make sure you cop a pair from 23:00 on the 12th of April onwards