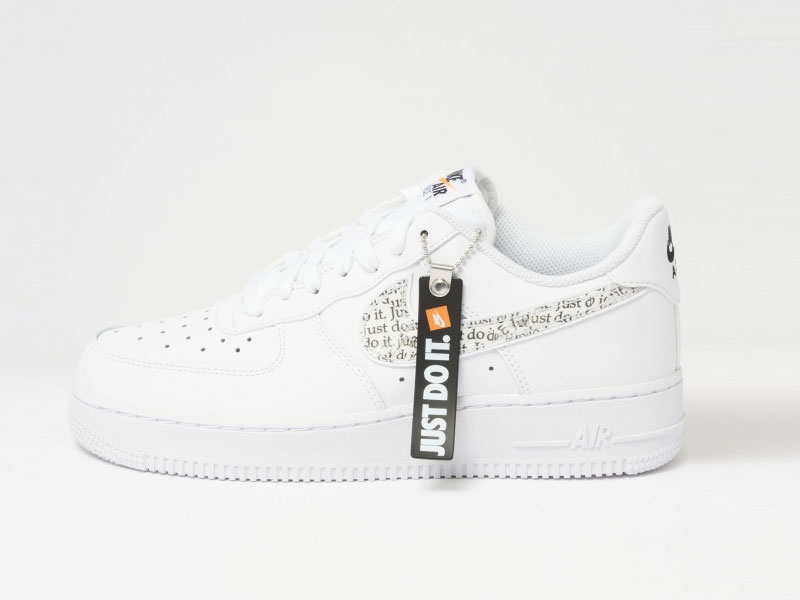 The second sneaker to release this season at Stuarts London featuring Nike’s “Just Do It” makeover the Air Force 1 JDI is one of the most understated releases of the season.

Simple but effective in a season where logos and slogans have hit the street-wear this iteration remains true to the original Air Force 1 right down to the perforations across the toe box. Premium leather features across much of the upper in a clean shade of white. That same colourway extends across the midsole underfoot as well as the laces and inner lining

Grabbing the attention with ‘Just Do It’ branding to the iconic sidewall Swoosh which instantly sets this colourway apart as an exclusive.

You can catch the Nike Air Force 1 ’07 LV8 “Just Do It” LNTC Online at Stuarts London from the 1st of August Onwards.