Adidas have launched a special edition of their Samba sneaker in anticipation for the upcoming Russia World Cup, check out this exciting new launch with us at Stuarts London.

Adidas’s new colourway of the Classic Samba OG is a special one, Paying homage to the home of Russian football- The Lizhniki Stadium. Coming in a red, scarlet and granite colourway, Adidas have taken their classic Samba silhouette and reimagined it. The material of choice for the upper is premium leather, as well as the Samba’s signature extended tongue making an appearance. Finishing this special sneaker off, Adidas’s iconic three stripes make an appearance in the form of serrated stripes and custom red insoles. This reworked sneaker reflect Russian football through the word “LIZHNIKI” plastered on the sidewall of the upper in gold Cyrillic lettering. The sneaker also features a red star on the lateral heel, referencing Soviet football clubs of the past. 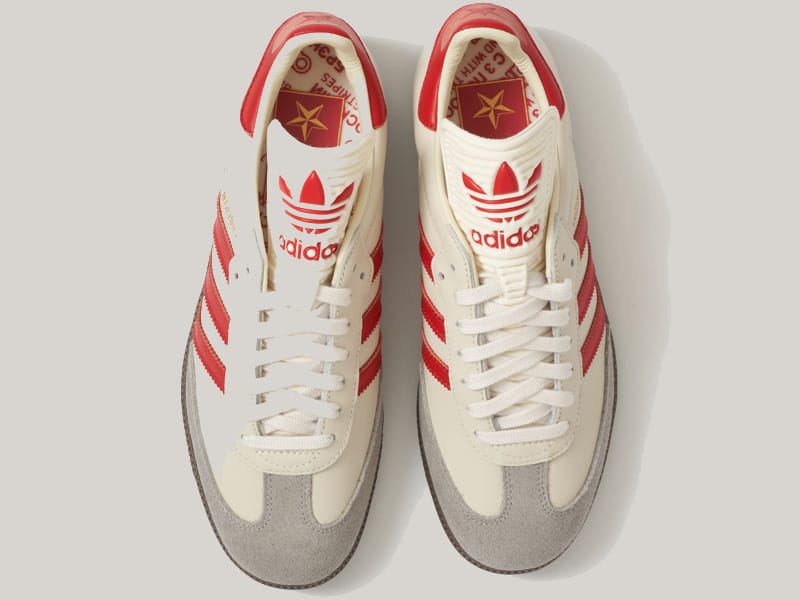 If you’re heading to the red square this summer, be sure to grab yourself a pair of these limited edition Samba’s here at Stuarts London.