X
Our website uses cookies to enhance your shopping experience. By continuing to use this site, you accept these our Cookie Policy.
More Info
Accept Cookies
Stuarts London2. SneakersA Closer Look At The New Adidas Forest Hills Before Release
Menu
2. Sneakers, 4. The Drop

A Closer Look At The New Adidas Forest Hills Before Release

After the phenomenal success of the last iteration of The Adidas Originals Forest Hills sneaker release, a new Forest Hills colourway is dropping tomorrow here at Stuarts London. 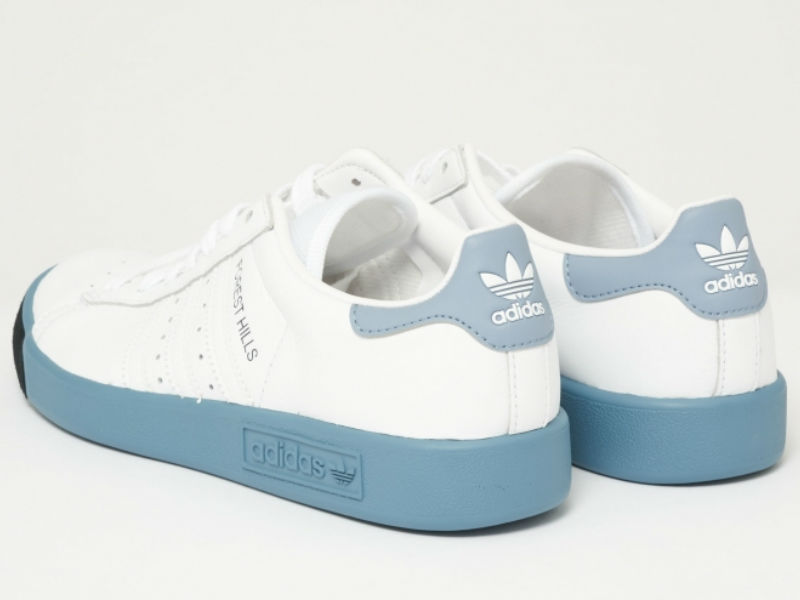 Adidas have released a new colourway of The Forest Hills, this time available in a a white and blue colourway. The tennis inspired sneaker is slated for release tomorrow morning, be sure to catch the drop.

Originally launched during the 70’s, Adidas recently brought back the Forest Hills sneaker, which was heavily influenced by tennis players of the time. One of the first colourways of this revamped sneaker to launch were white & yellow- releasing back in February to instant success.  Now they are back, this time with a relaxed pastel blue and white colourway aptly named “White & Blue”. Featuring an upper constructed of premium grade white leather and exposed stitching, the sneaker is a casual option. As always with Adidas Originals, the upper adorns the sneaker name, this time reading “Forest Hills” in a simple and sleek text. The midsole is a mesmerizing shade of blue- the relaxed pastel tone being perfect for spring. Going toward the toe box, a black rubberised cap adds some sophistication to the otherwise sleek and simple design. Bringing the shoe together is a pastel blue heel tab and tonal tongue tab and laces.

A highly anticipated colourway such as the white & blue Forest Hills is sure to sell out quickly, keep an eye out on our site for the launch of this highly sought after release.