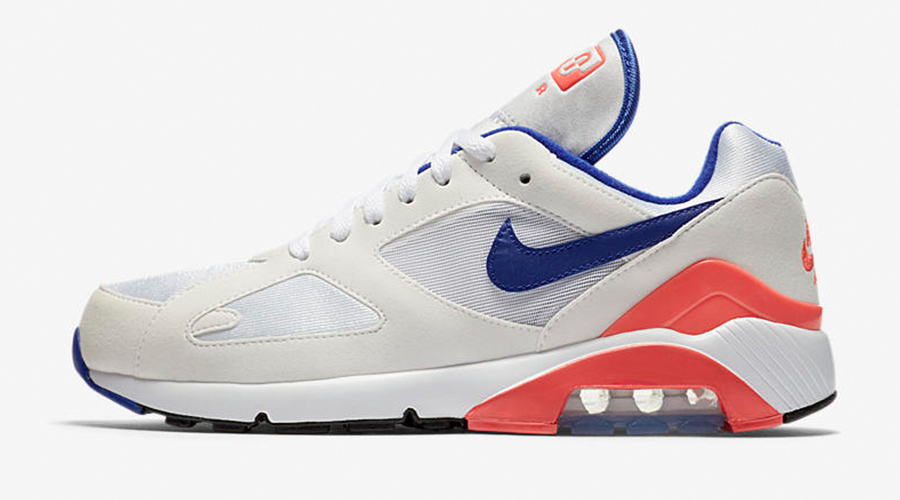 Upon our radar as part of the build up to Air Max Day and the launch of the Air Max 270 in March, the iconic Nike Air Max 180 silhouette is set for a return this weekend .

Appearing 17 years after the original lightweight 180 silhouette took Air Max technology in a different direction to that of it’s predecessors being the first shoe to feature 180 degrees of visible Air cushioning. Very much part of the Air Max development and heritage, the unit within the midsole also acted as an integral part of the outsole. Brought to life by bonding the bold urethane outsole to the Air unit, the 180 was the first Air Max that was essentially touching the ground rather with each step rather than just absorbing the impact within two layers.

Brought back to life in the “Ultramarine” colourway  (the same as the original) that fuses together an Off White Nubuck foundation alongside pallets of Blue and Solar Red, the Nike Air Max 180 is set to launch at Stuarts London on the 2nd of February.

One for your collection, you can get your initial view of the silhouette above.