Releasing chapter one of the label’s three part SS18 lookbook campaign, described as ‘poetry meets punk’,  the lookbook is sets a tone for the collection in brutalist New York. Shot specifically so that the clean lines contrast with the energetic movement of the models and the predominantly monochrome colours which make the pops of red in the otherwise black and white collection stand out even more.

Billed as a modern approach to punk the Collection sees a new graphic design feature prominently throughout boasting a combination of the Y-3 Logo, Yohji Yamamoto’s Signature, and an Adidas’ ‘The Brand With Three Stripes’ design slogan which can be seen within the detailing of last months release of the Y-3 Suberou and Y-3 Super Knot trainer silhouettes.  The partnerships landmark anniversary throws back to the long standing collaboration’s innovative roots – pairing Japanese-inspired tiger and cobra motifs upon printed on relaxed tees in various bold colourways.

With the first drops of the Adidas Y-3 SS18 COLLECTION now available the much anticipated Y-3 Kusari set to launch this Friday at Stuarts London. You can view Chapter 1 of this season’s lookbook below. 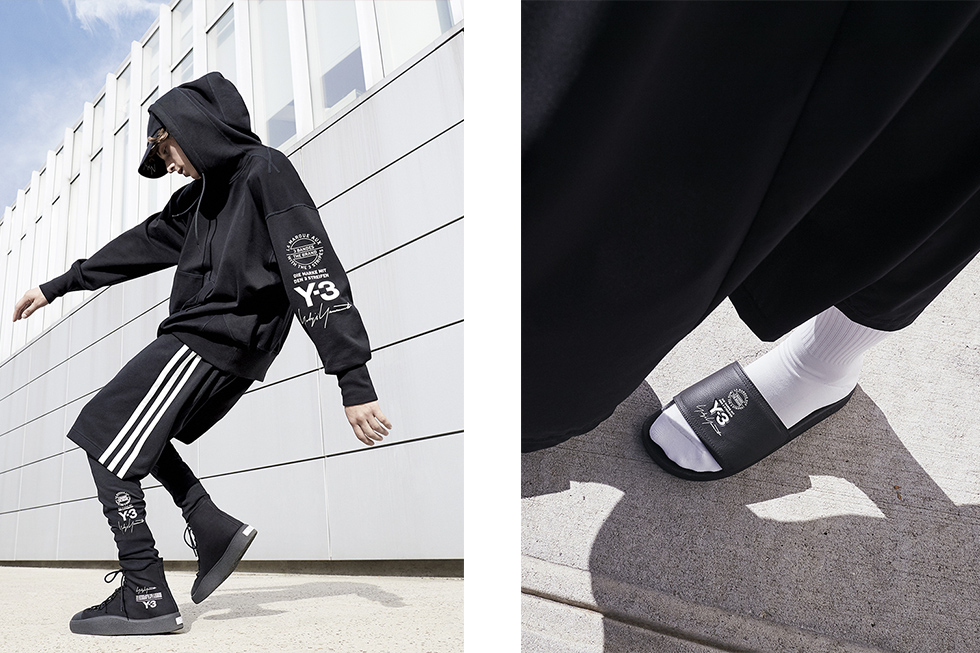 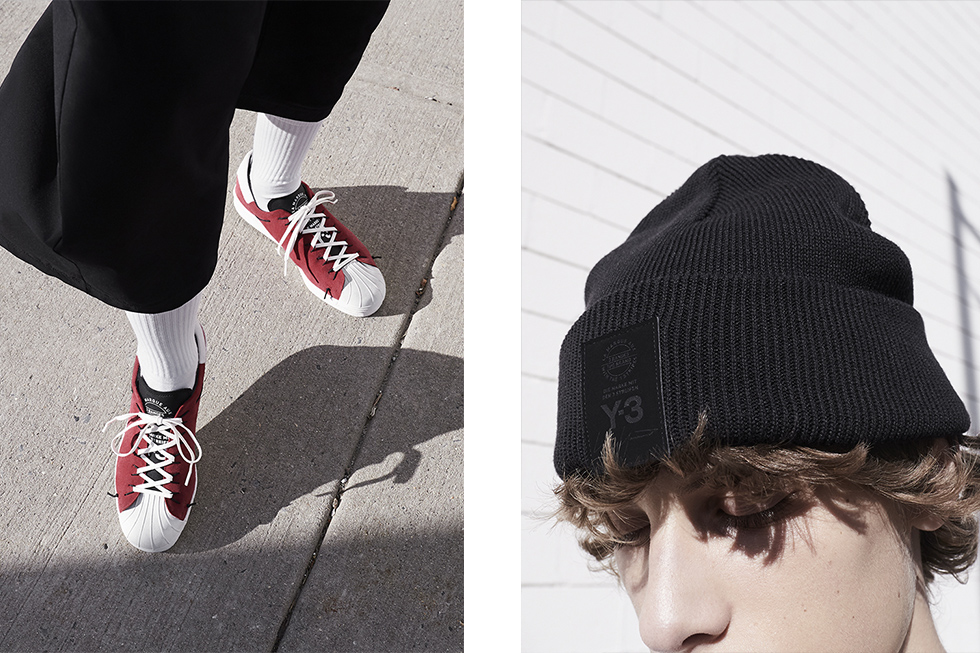 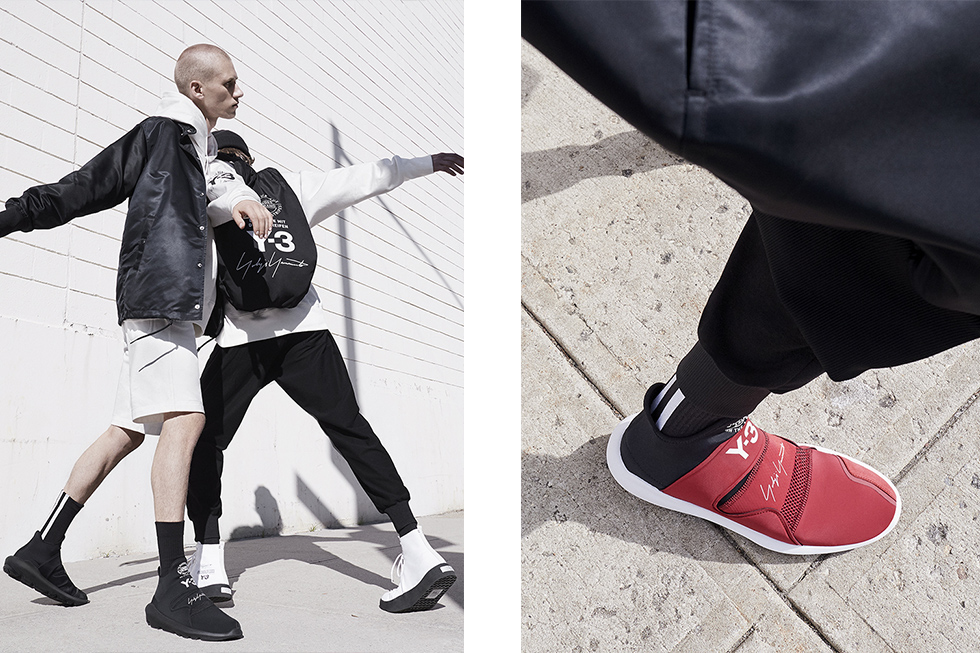