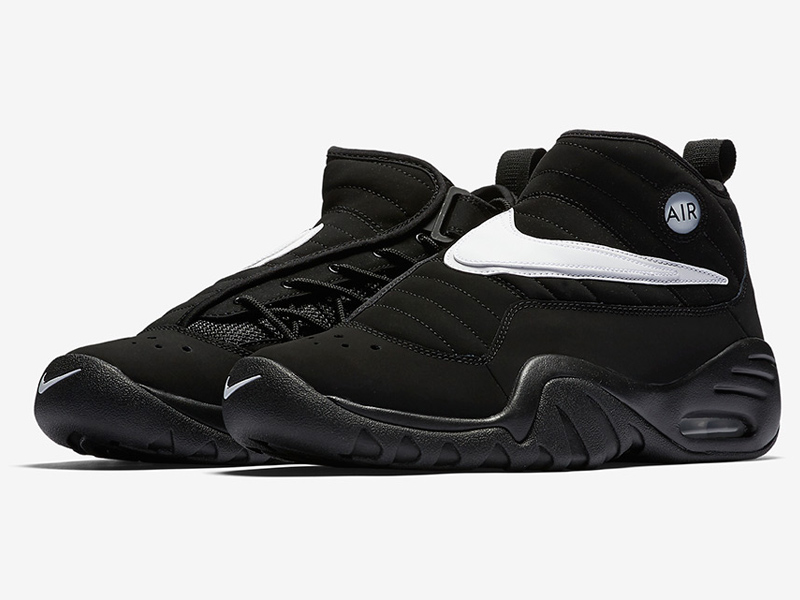 Straight out of the Nike Basketball archives from the 90’s the Air Shake Ndestrukt, the 1996 championship winning shoe is back, much to the extreme delight of many fans. With the official launch date of the trainer gaining mass hype across the internet, we have just seen the shoe that was made famous by Dennis Rodman arrive online at Stuarts London in two of the three colourways released as part of ‘96 Finals Pack’

Keeping the Air Shake Ndestrukt inline with the original, these original renditions bring back the oversized Swoosh and asymmetrical lacing that was inspired by the Bulls most rebellious player. With other key features of the trainer including the lines famous grinding gear logo popping from the medial-side strap, heel and sole cushioning the model is completed with a ribbed upper and visible air unit.

Available in Black/ White and White/Black colourways, make sure you get your hands on a pair early as stock is only available in limited numbers.