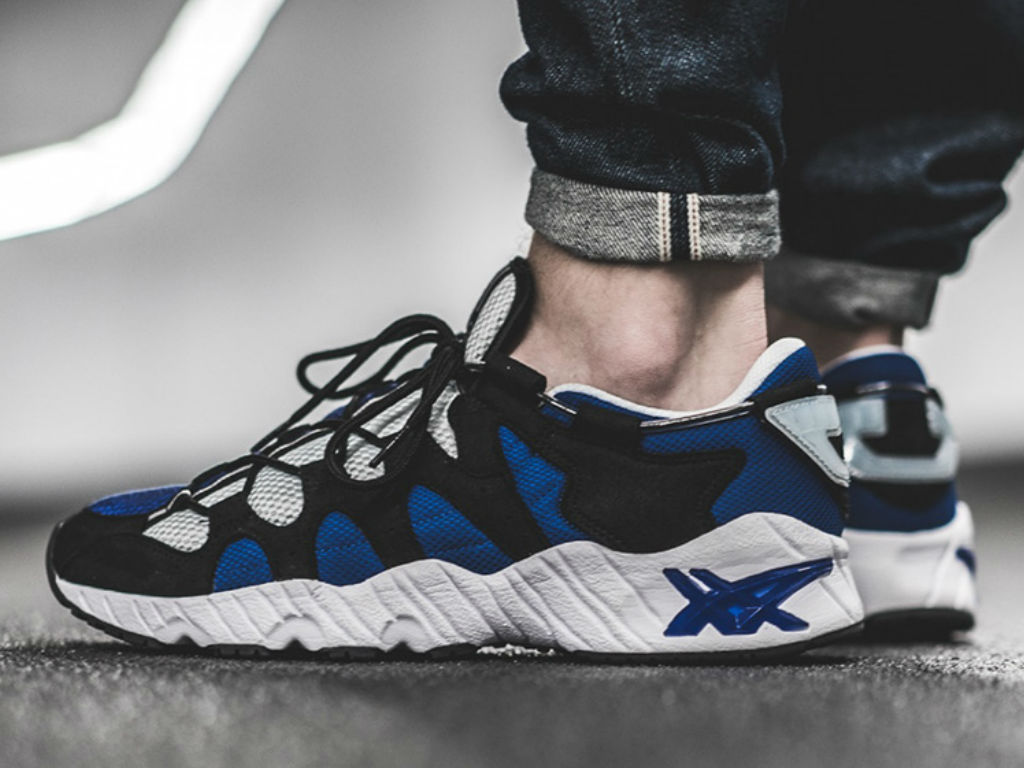 Making its debut as a collab with Ronnie Feig in November 2016 the Asics Gel Mai is set for its first general release this week. Early indicators suggest that  it will be one of the lifestyle trainers to be released this month that will see collectors around the world clamboring to get their hands upon since its launch date was announced earlier this month.

Avant Garde in aesthetics, and looking cool in design we are happy to confirm that two of the most talked about colorways online, Black/Black and Royal Blue (Surf The Web), black and white colorways (Pictured Above), have arrived in our stock room awaiting release. Attracting attention with a premium construction and a unique 90’s style running design, both models come complete with a mesh and suede upper and intriguing lacing design that wraps around the heels. Both are finished with a complimentary white midsole which feature the Asics branding, allowing you to enhance your style with a minimalist approach as we head into the summer months.

Available to purchase online and in store make sure you catch the latest drops online at Stuarts London from the 28th of April onwards by viewing our dedicated Asics or News Arrivals pages.