The 40th Anniversary Release of The Waffle Racer Is Here 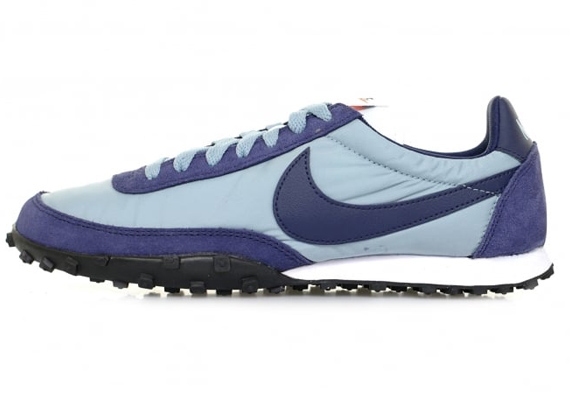 One of Nike’s most iconic running trainers, the 1977 Nike Waffle Racer, is set to make a return this week. Immortalised with appearances in dozens of Hollywood films including the 1983 Award winning film The Big Chill. The design of the Waffle Racer set the standard for all of Nike’s running models that followed.

The latest version of the Waffle Racer is set to go online later this week, whilst keeping its original eye catching style, some moderns updates have been added to keep the predecessor of the Oregon Waffle both stylish and practical 40 years after its original release. Keeping its moccasin inspired upper, wedge midsole and waffle outsole some new additions include a memory foam sockliner and dual-density foam midsole providing both comfort and support.

Arriving in Mica Blue/ Binary Blue and Black/White colourways, you can get your first view of the Nike Waffle Racer, set to go online on later today, above.