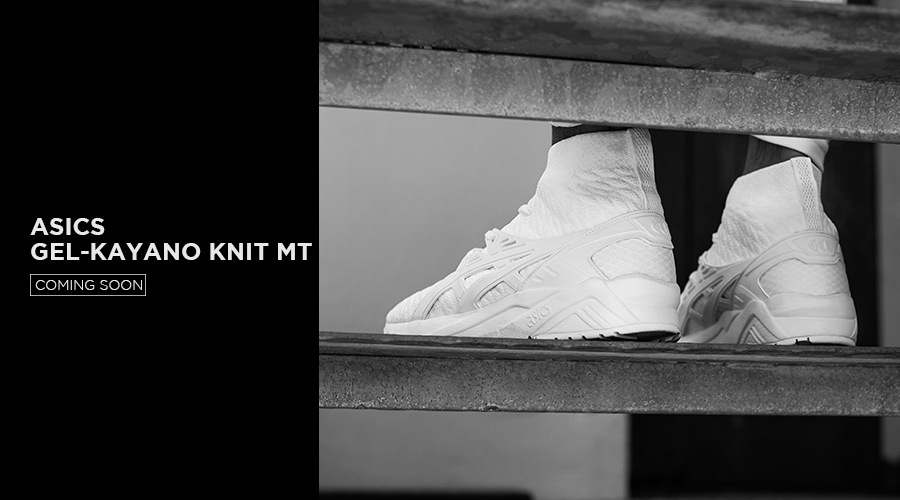 This year sees Asics, the ultimate name in Japanese sportswear, take a new approach to their design direction. Entering the world of technical sportswear equipped with Knit technology, expect some big drops from the makers of the highly coveted Gel-Lyte and Gel-Gel Respector models. Taking a similar approach to Nike and their own FlyKnit patent in in 2016, Asics have decided to install the technology into some of their most iconic silhouettes from its archives including the  Gel Kayano which was originally released in 1990.

Announced for launch this week, the first model from the series, the Gel-Kayano Knit MT, consists of a bold cage overlay instead of the usual form stripes on the side panels, providing extra protection and support. The latest silhouette from Asics will release in two monochromatic colourways as a sock-like fit rises up the ankle for a technical, low-key appearance mirroring the likes of Adidas’ Tubular packs.

Due for arrival this week keep an eye out online at Stuarts London by viewing our Asics Releases which include this season’s first drops of the Gel-DS OG and GT-II Silhouettes.