The Story Behind Pendleton Woolen Mills

Established in 1863, Pendleton Woolen Mill’s is one of the American Heritage brands that has been forever innovating the way in which we define craftsmanship today. Well known by all those who appreciate traditional American design, the brand is famed for crafting Woolen Blankets that formed an essential part of life in the mid 1800’s. Still owning and operating America’s only two remaining Woolen Mills, the brand now also manufactures some of the most functional and Stylish Menswear, which has been prevalent in Pendleton’s archives since the 1920’s.

Stuarts London is a proud official stockists of this season’s latest Pendleton collection.

Despite the brands lengthy connection to the US, Pendleton Woolen Mills was actually founded by Englishman, Thomas Kay. After leaving Yorkshire, as a young weaver he settled in the new state of Oregon and headed to eventually what was the largest weaving facility in the west. Located in Salem, the Kay family moved to Pendleton and purchased the local Woollen Mill  in the  in 1909. 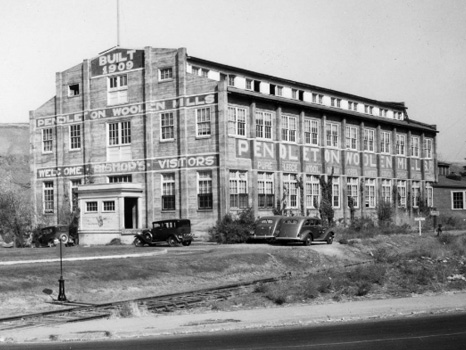 Blankets played an important role in the early history of the west. They were one of the few essentials in the lives of both Native Americans and pioneers alike. Besides protection from the cold, Blankets were used as hangings for decorative purpose, partitions, doors, awnings and sunshades. Highlighting the importance of Blankets to society at the time, they were frequently used as a medium of exchange, the more colourful it was , translated to a higher value.

Most commonly , America blankets were produced in solid colours, plain stripes or square designs, due to weaving  limitations, however, Native Americans put great artistic efforts into designs and preferred different weaving techniques to those that we commercially used. Pendleton Woollen Mill itself is located on what was previously part of the Umatilla Indian Reservation , Kay strove to learn Native American tastes and their methods of production. This helped the business to create blankets that where able to not only cater to the tastes of those near by, but appeal to the rest of America with an alternative option. 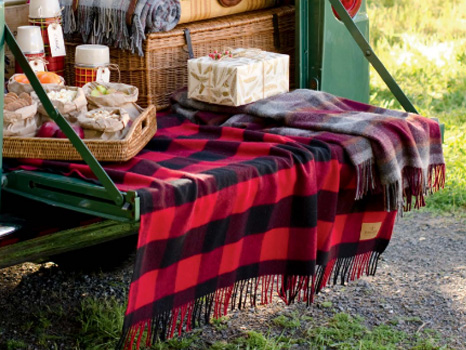 The Expansion of Pendleton Into Apparel Goods

Clarence Bishop, one of Kay’s descendants and the heir to the business, introduced apparel goods to Pendleton in 1924 with the production of men’s woollen sport shirts in the bight colours and patterns that the company was known for. Prior to that time woollen shirts had been considered work shirts and came in mostly dull colours. By 1929,  Pendleton had a fully fledged line of woollen Sportswear.

Like many US Heritage manufactures, Pendleton has a part to play in America’s WWII efforts and devoted much of its production towards providing for the US Military services. However by the 50’s the brand has launched a line of wool clothing for women and by the 60’s the brand where about to achieve worldwide fame as the label of choice  for a little-known pop group known as the Pendletones. Taking their name after the classic Pendleton wool plaid shirt.  Later the name was re-branded to Beach Boys. 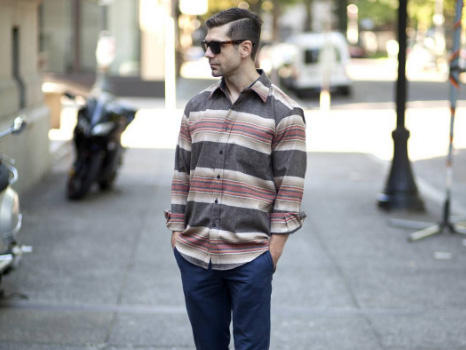 Still family owned today by descendent of Thomas Kay, Pendleton is very much a globally respected brand and is surely one of the most functional.