The Adidas Tubular Nova Primeknit Triple White is another epic design for this contemporary silhouette. It joins a triple black rendition and follows on from the success of earlier models for 2016. Unlike those, this upcoming collection opts for the full monochromatic treatment. It was only a matter of time before this elegant colourway was stamped on the Nova Primeknit.

The Tubular range coves everything from the high-top doom to the futuristic Runner. Each one comes fitted with that spiralled midsole which promises the best in cushioning. Although the Nova is one of the more recent releases, it’s quickly gained a fan following for its streetwear appeal. Once it made the transition to adopting that Primeknit upper, the hype went crazy and people were hooked.

The super flexible material on this pair showcases a clean shade of white. As always, this extends through to the ankle for added support. The suede overlay to the lace surround and heel strap feature in a slightly off shade of white. It provides a subtle contrast while a fresh white Tubular midsole sits underfoot.

The Adidas Tubular Nova Primeknit Triple White is scheduled to release on Thursday 28th July at Stuarts London in store and online. 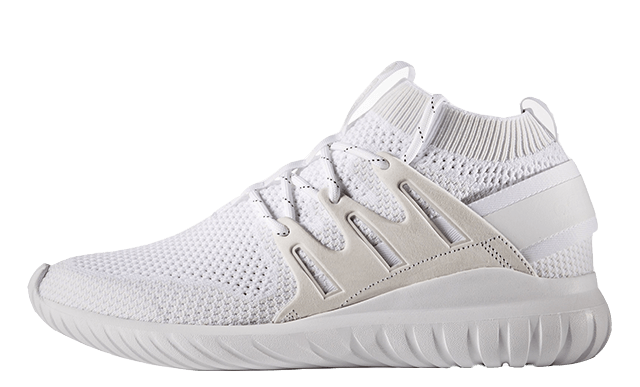 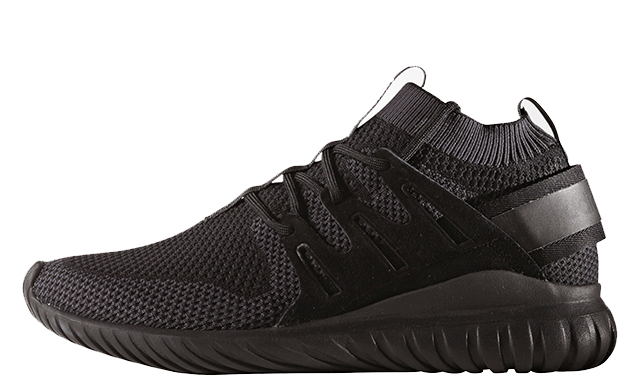