10 Things You Don’t Know about Shaving 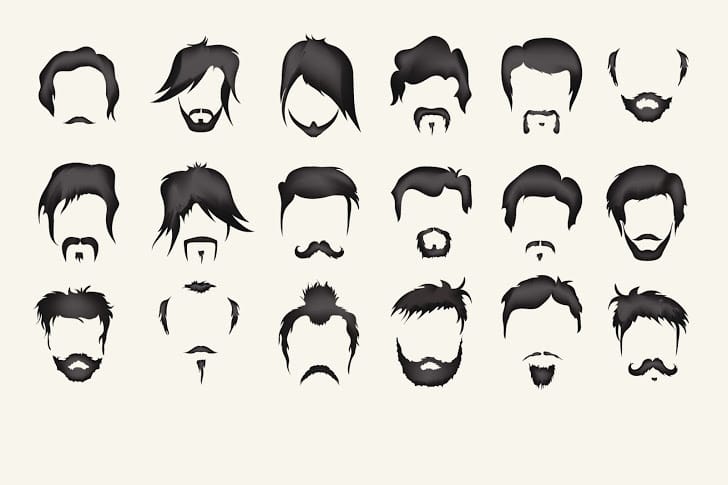 Whether you prefer to be clean shaven or you’ve ditched the razor for good, shaving or beard maintenance is a huge part of our lives. We’ve trawled through the internet to find some of the best shaving facts, get ready to impress at the next pub quiz

Shaving images have been found on prehistoric cave walls. Although cavemen weren’t able to get their hands on electric razors (or electricity) back in the day, they were able to get rid of their beards using shark teeth, clamshells and knives made from flint.

Did you know that beards grow in different directions? You would be surprised to find out that a large number of men don’t know which direction their beard grows. In order to find out yours, let your facial hair grow for about 3 days, run your fingers through the hair – the direction where you feel the pull is your direction of growth. You should only shave with or across this direction.

If you’re a stickler for keeping your face clean shaven, you may be guilty of overshaving. If you have to shave everyday, try and keep one day ‘off’ to let your skin recover. If your growth is not too heavy, why not try switching to a 36 hour shave schedule to avoid irritation?

It’s all about the brush

Sick of spending all of your cash on different shaving foams and lotions? Well here’s a great tip for you, it’s the brush that actually matters. A quality brush will ensure that you get full coverage and a cleaner shave, we’re quite partial to this Baxter of California Super Badger Hair Silver Tip Brush.

Satirical online newspaper ‘The Onion’ once released an article claiming that Gillette were set to launch the 5 blade razor, this was supposed to be a piece mocking their latest 4 blade razor, however the joke was on them and  Gillette did indeed release their insanely popular 5 blade!

The Ancient Egyptians were big into their shaving, often treating it as a holy ritual with special razors that they used for the process. Kings in particular were obsessed with their shaving, with many associating it with cleanliness.

Beards for the revolution

In 50’s Cuba, beards were seen as a sign of revolution, with major players such as Fidel Castro famous for their unruly facial hair. The reason behind this was a little less revolutionary, during this time many of the men were living in the jungle where shaving meant one thing – more risk of infection.

Ever noticed someone physically recoiling at the side of your majestic facial hair? This could be because they are suffering from a real fear known as Pogonophobia. Derived from the Greek word for beard ‘pogon’ this phobia affects thousands of people worldwide.

Alexander the Great was the first to declare a ‘no beards’ rule in his army. He decided that warriors with beards were much more likely to be caught by the enemy, who could capture them by their facial hair.

It’s estimated that men spend around 6 months of their life shaving (if we assume the guy starts at 15 and finishes at around 75). That’s 6 whole months stood in front of the mirror with your razor! Might be time to start brushing up on your grooming skills to save time.