X
Our website uses cookies to enhance your shopping experience. By continuing to use this site, you accept these our Cookie Policy.
More Info
Accept Cookies
Stuarts London3. From The LabelThe Baracuta Harrington Jacket – This Is England Style
Menu
3. From The Label, 5. Menswear Inspiration, 6. Editorial

The Baracuta Harrington Jacket – This Is England Style

This month saw the final chapter of Shane Meadow’s ‘This is England’ draw to a close. The bittersweet ending was the perfect testament to the show’s ability to create characters that we both love and hate, offering happy endings to some and misery (and quite possibly brutal violence) to others.

As Lol and Woody settle into domesticity and the gang continue to evolve with the ever-changing pop culture landscape, we’ve revisited each series to pick out the one fashion statement that really sums up the This is England ethos. It’s not Shaun’s corduroy pants, or Smell’s wardrobe of Adam Ant’s cast offs, the item we’ve picked is one that has managed to stand the test of time – passed down and adopted by subcultures without losing its sense of heritage and style.

This iconic jacket was first designed in 1937 by brothers John and Issac Miller, the founders of Manchester born brand Baracuta. The term ‘Harrington Jacket’ was not coined until the 60’s after it was worn by actor Ryan O’Neal in the show Peyton Place, until then it was known by its official product name, the Baracuta G9. Over the years, the jacket become a staple wardrobe choice for some of the coolest stars of the big and small screen, including Elvis, Sinatra, Gregory Peck and of course, James Dean.

It wasn’t till the late 60’s that the Harrington became the jacket of choice for the Mod movement, taking its place as an iconic piece in terms of this British subculture. The jacket never seemed to go out of style, especially when it came to musical subcultures – through the 70’s, 80’s and 90’s it was connected to punk, ska and Brit-pop.

Fast forward to 2006 and the release of the Meadow’s film, This is England, or more accurately – let’s go back to the year 1983 where we first meet Shaun and the gang.

Although each character displays their own signature style, the one constant piece is the Harrington jacket, displayed in a range of colours and styles, you can still pick out the iconic tartan lining and elasticated bottom. Usually paired with Levis and a pair of Dr Martens, everyone from Woody, Gadget and Milky to the girls, Lol, Trev and Kelly, rocked the Harrington with style.

Get the Look – Woody

We see Woody rocking the classic Harrington in black, the traditional contrast between the dark outer layer and the tartan lining makes this version the most popular within the gang. 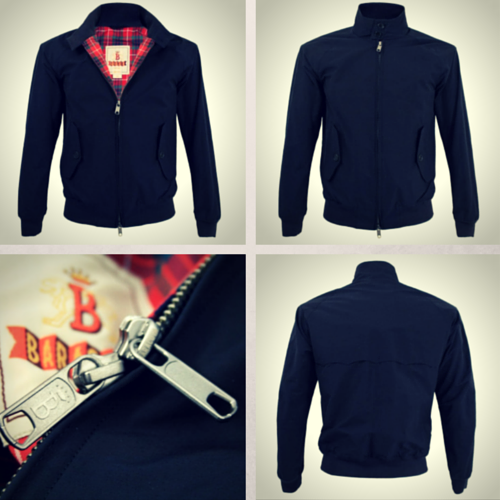 Get the Look – Gadget

Never one to stick to the fashion rules, Gadget opted for a classic Harrington in an olive green shade. This colour gives the Harrington a ‘flight jacket’ style look, which is fitting when you consider its roots in British military history. The brand even had a Royal Warrant to make sure their clothing stood up to the military’s high standards.

Get the Look – Milky

The red Harrington jacket was worn by Milky in the film, perhaps foreshadowing his characters eventual bloody encounter with Combo? This colour proves that the Harrington doesn’t rely on contrasting to make a statement, instead the red shades give the jacket another level of style. 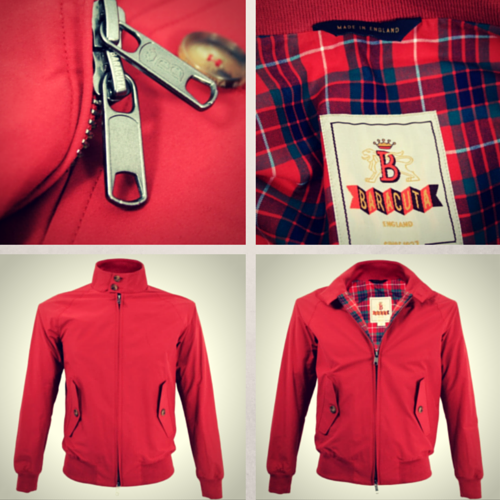 Which version of the classic Baracuta Harrington jacket is your favourite? Share your thoughts and tell us how you wear yours, via our Twitter or Instagram pages #ThisisStuarts