Marvin Beaver, who DJs and produces under the nom de plume of Dylan Rhymes : 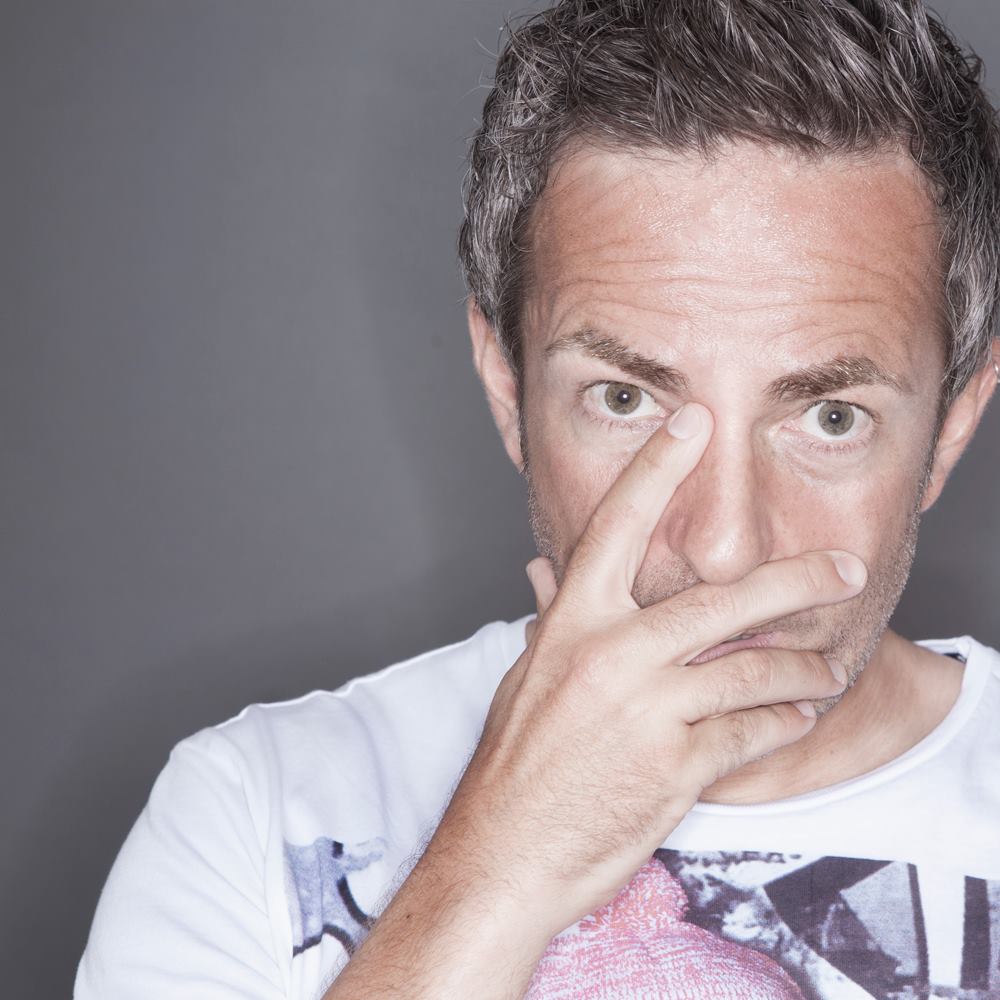 TO KEEP at the forefront of global dance music production and DJing Marvin Beaver has had to move with the times, spotting trends and styles long before others do, but he has always remained steadfast in one world, that of the self-confessed ‘sneaker addict’.

Beaver, 45, who has been producing tracks for 25-years, and currently runs Lot 49 records Lot49.co.uk and is preparing to launch a new label Rattle Can later this year, has produced tracks for household names and labels such as Junior Boys Own, FFRR, Mo Wax, Sony, Hed Kandi, Fluke, Unkle, Ministry of Sound and Depeche Mode’s Dave Gahan to name a few.

He has also worked his magic behind the decks at Burning Man and Australia’s Future Music festivals and a recent Chinese New Year tour saw him conquer cities such as Shanghai, Jinan and Guangzhou.

It is safe to say that while he has one eye on the discs he is spinning worldwide, the other is firmly locked on possible sneaker pick ups to feed his lifelong love of the footwear style and the scene itself.

“I was 16 when I first became an avid collector of sneakers. I had no real idea or lead role in my life as to what boys/kids collected, so I went out on my own. I started with comics as a lot of young lads do, but sneakers, they just seemed a natural thing for me.

“I think the aspect of the rarity of them may have started with my first trips to buy what is now known as football casual gear.

“At certain shops, (Stuarts) which were the only ones who stocked illusive brands such as Fila and Tacchini, I clearly remember staring through the window in awe of the garments.

“You basically had no choice in what you wanted as there would be say three of each and they would sell out that day, even that hour, so you grabbed what you could and simply fell in love with it.

“I recall the moment I put on my first Fila (Terrinda) track suit top in navy blue, with the white piping, it was beautiful and I felt amazing.”

“That pursuit of something is probably where my sneaker addiction started, and why the love has grown so much, because it is now a real scene and a global one, it is like its economy or a new currency and the trainers have to be moved around to keep the thing alive, it is definitely a scene, it even has its own language.”

Classing himself as Runner, a collector of running trainers, something he believes the majority of sneakers collectors are in the UK, Beaver, explained the sneaker economy or currency he referred to throughout our chat.

“It’s quite simple really, the immediate currency is the value to the user or wearer.

“You desire the shoes, when you get them you feel great wearing them, that has a value, a currency.”

He adds: “I have even had trainer rage incidents when I have worn out one of my absolute favourites, a rare sneaker (OG) and someone on the Tube in London, just walked straight over the toe, scuffing them. 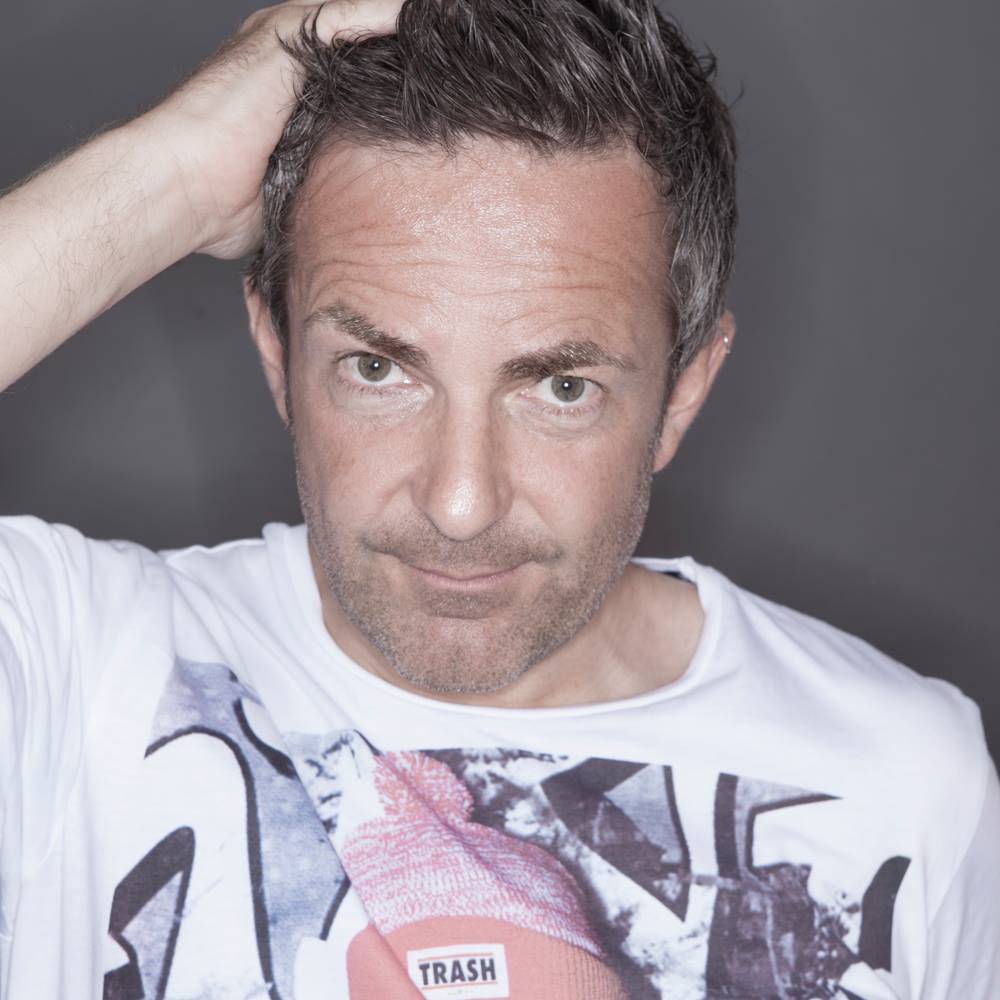 “I couldn’t believe it, they were worth about £500, and he just walked right on to them, I clearly recall asking him if he was; ‘F@#king joking, you had plenty of space and you walked right onto my shoes’.

“I got some mumbled answer, but he clearly walked right on to them, there was space away from me to walk past, but no, so I now invest heavily in the best protection sprays for my sneakers.”

He adds: “The second part is when a buzz around a re-release (Retro) of a trainer begins, this is where boutique men’s fashion shops play such a vital part, they are privy to the new releases so when they get a stock in, the older ones become more sought after, hence a rise in their status or currency, hence the economy term I use.”

“The retro releases also bring in the younger generation as well, which is vital for this scene to remain, I try to pass on my experience of the sneaker culture to younger lads, there is a real lack of snob value among myself and my friends, why wouldn’t you? My son Archie collects now, but he is into things like the new Adidas Y3 concept shoes, which is cool as well and another arm to the scene.

“I mean everybody shops on the high street for every day (GR) trainers, but for the limited editions and releases it’s the boutiques or then by delving into the collectors world online and so on, but the boutiques play a vital role in this whole culture and always have.”

“Luckily being into this from a young age, I have pretty much had every pair of sneakers I have always wanted, but there are a few, there always would be wouldn’t there, that I have not managed to get. A friend of mine has an unbelievable collection, he has a pair that nobody has, a Holy Grail pair.

“That particular pair, which have been worn, (Nike Air Max 1, Albert Heijne by Parra) will always be worth a mint, nobody has one.

“There are some, Air Max 1s, for example that go for a fortune, there is not a Dead Stock (DS) pair left, I have a pair of Flyknits (HTM), there are between 40 and 50 pairs, so in my size there are say five pairs in the world.

“I have a few pairs that will become just collection pairs, I will not part with them, but in the main I shift them around.

“In total now I have about 100 pairs, that’s a fair chunk less than in recent years where I had about 400.

“I am not a hoarder of the trainers, I try to move them around, I have a rule that I only keep them for a certain amount of time, although the newer trainers are such high quality they have a much longer life. But that way it keeps things healthy and interesting.”

Another aspect that keeps things interesting, is the social media side of things, to which Marvin admits to spending more and more time, up to three hours a day currently chatting and posting pictures via Facebook and Instagram, where he uses the name: Size8uk.

It is not just trainers in Marvin’s wardrobe: “I do have normal shoes and clothes, Paul Smith suits, Churches shoes and so on, but sneakers are a staple part of my life, they keep things fun and the clothes I wear everyday are similar.” he adds.

“Nobody wants to walk into a room and be wearing the same stuff as everybody else, or anybody else come to that matter. I will check with my mates to ensure they are not wearing the same sneakers if we are going out, in the same way we contact each other about new releases.

He adds: “Musically I do not want to sound the same as other producers, I do not want to follow the road well trodden, I never have and I never will. I use old skills and knowledge to keep moving forward to sound how I want.”

You could say, staying one step ahead. 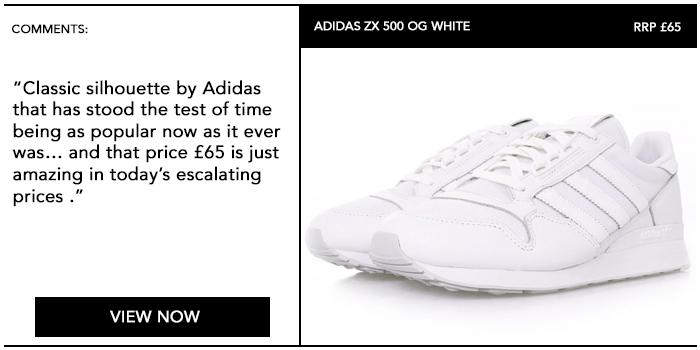 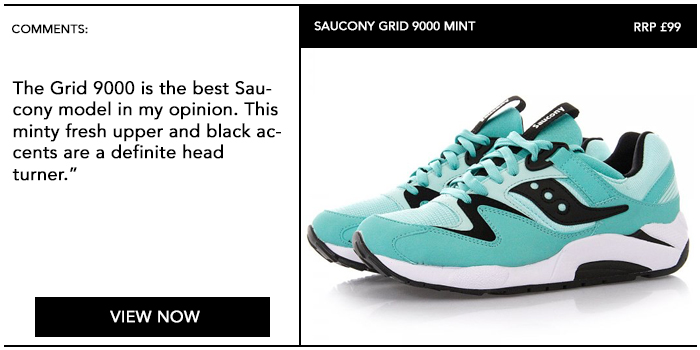 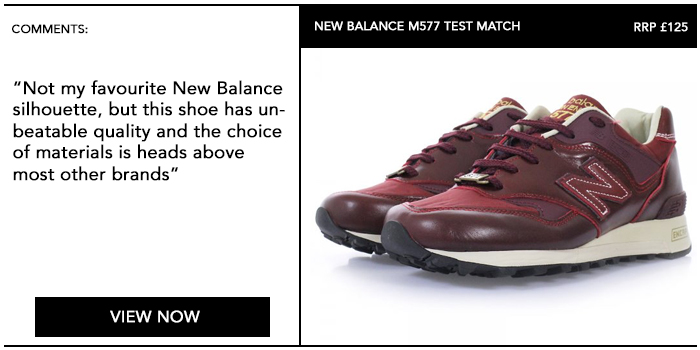 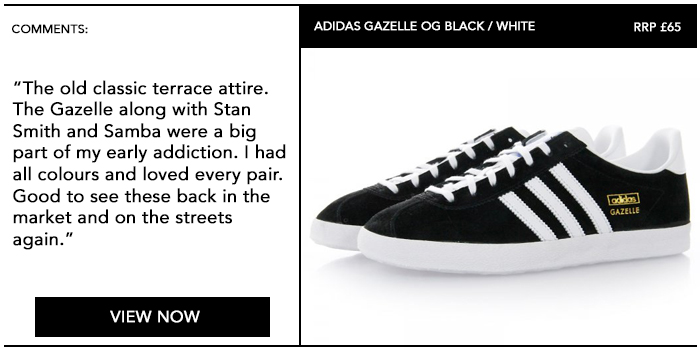 Retro = A model of shoe that has been re-released