THEY HAVE always had style and taste the old Italian’s, except Raf Vallone, who plays Mafia boss Altabani in the 1969 and original version of The Italian Job.

He showed a complete lack of taste when he had his Italian Mafia drones bulldoze that fabulous array of English motoring hierarchy, from a delicious silver DB4 Aston Martin Volante convertible and of course a plethora of Jaguar E-Type roadsters and convertibles over the edge of the mountainside road in the Alps. 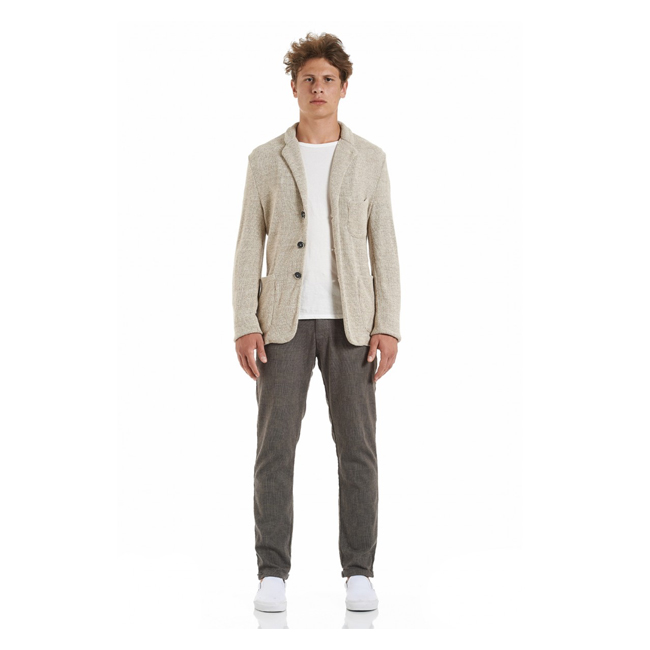 Uttering the death nell of ‘Pretty car’ and ‘It’s a long way to England’, before gesturing; ‘And it’s that way’ as the destruction ends.

Vallone’s character aside, it is still perfectly safe to say the Italian’s are stylish buggers and the Barena spring summer range proves it, in spades.

This hideously cool range, contains everything you’d imagine about life on the sun soaked Amalfi coast, well it does for me anyway.

Close your eyes, and think quintessential Italian summer casual wear, I hazard a guess you would come up with something like the Barena range.

I am desperately trying to keep away from this post being some sort of Barry Norman homage, ‘And why not?’, but this range smacks of Jude Law’s wardrobe in The Talented Mr Ripley, dripping with casual class. 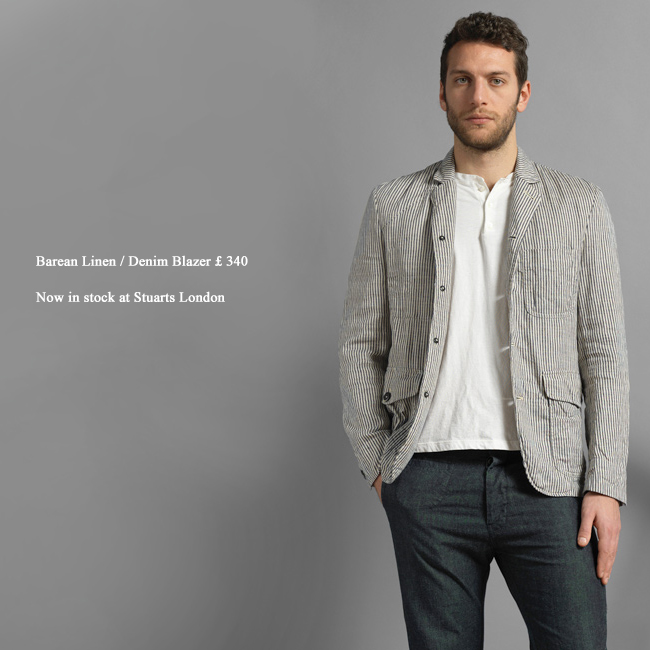 Take the jackets, as the blazer is one of the essentials of the season, the only real place to start is with a Barena Savio Gallo or Savio Cavan jacket.

Two button, relaxed linen garment, the Cavana’s colouring is classed as Latte, but it has a normal linen feel, with flecked design, two rear vents on both, it comes in slim fit, with two side pockets, the navy version is simply a coloured version of the former, both have a top pocket, with four buttons on the sleeves.

The Torceo Baseglia Greggio has a slight cardigan feel to it, coming with three button front, in a knitted fabric (cotton) that makes for softer features in the pockets two hand, one chest and no buttons on the sleeves.

The waffle knit gilet, know round these parts as the Carbone gilet jacket, is a shawl neck cracker. Sporting a five button fastening front, the same buttons remain throughout the range, and are a lovely dark and half silver rimmed finish.

The oversized arm holes add another relaxed side to the two pocket gilet.

It’s all end of the day Aperol Spritz with this garment, a vehemently casual classic.

Shirt wise it’s just as chilled, an almost out of the suitcase ready shirt, with the creases adding that extra, ‘devil may care’ attitude to the look.

Mandarin collar, three button shell button fastening, which once again runs through the range, in cotton, with chest pocket, the Crea Poppi Bianco is exactly that, white, while it also comes in navy in the Telino.

There is a striped Unico version, which is much more your standard short sleeved shirt, and is a tad more formal than the others.

Bomb some shorts on, moccasins and a good pair of shades and bingo you’ve got it.

Think Hardy Amies quote: ‘A man should look as if he has bought his clothes with intelligence, put them on with care, and then forgotten all about them’, and you are beginning to get the Barena look, feel and style.