Doctor in the house (Dr Martens) 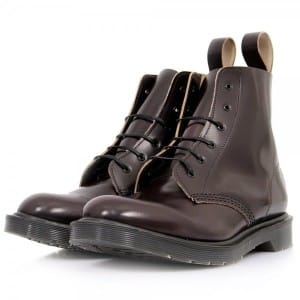 IT IS almost impossible to improve on perfection, I am a living example of that, not only did they break the mould, they knocked the whole factory down.

But enough about my wonderful self, and more about this work of what must be seen as ‘The Icon’ of boots.

Especially on these shores. 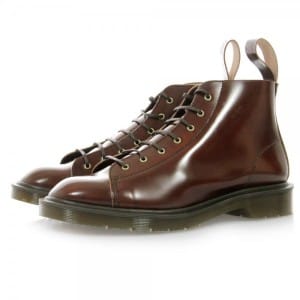 To what am I referring? Well, Dr Martens boots and footwear and somehow the unthinkable has happened, the British boot manufacturer that launched a thousands fashion styles and fights, has actually improved on the original air-cushioned sole boot and even the ‘Monkey boot’. 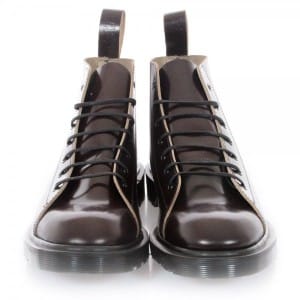 This is something I found difficult to take in at first glance, but when you feast your eyes on the new range, I am confident you will you agree. 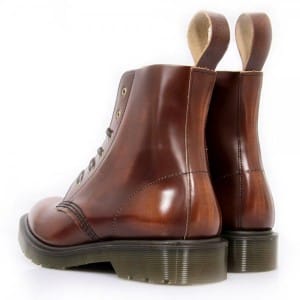 Dr. Martens have always had so much folklore surrounding them, they struck fear into younger kids on the streets and in the playgrounds of the nation in 1960s and 1970s, while songs were written about them and images such as the cover of Harrow Hero Ian Dury’s 1977 New Boots and Panties LP, where he sported the boots nonchalantly outside a shop alongside his son, burnt onto our collective cultural retina. 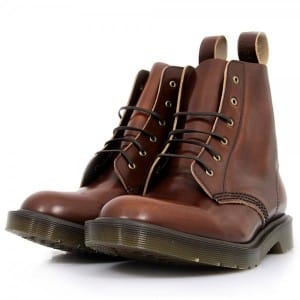 Well, it seems the legend continues and they are obviously not afraid to push the envelope.

The look of both style of boots really are different from their predecessors, they have a harder look to them with a variation on the leather finish, a tighter look to the main quarter, with smaller lace eyelets, the varying colours of them contrast on each boots main colour, unlike the original boot that came in a standard chrome.

The Monkey boots, or Brush obviously come with air cushioned soles, but are known as Les, whatever colour they are, then Brush boot. Seven eyelets and the beautiful added heel pull make these a delight. 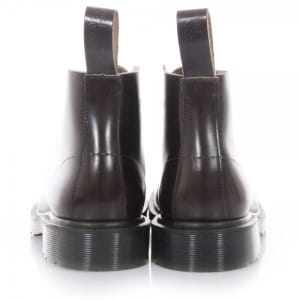 They come in Merlot, Boanil (black) and tan. Leather upper and of course proudly Made in England, the boots in black boots appear all one colour, where as the tan and Merlot have the added bonus of contrasting the air cushioned sole.

The Arthur boot, is the iconic lace up that came in so many ‘holes’ 14, 19, 12 etcetera. Well not anymore, the Arthur is a beautifully crafted six hold boot, coming in the same colour ranges as the Brush, that of Merlot, tan and black, where again the heal pull is a stand out addition.

I just feel the boots are ‘better made’. They ooze quality and the fact that they are Goodyear Welted, just confirms this overall improved look, approach and attention to detail and quality.

Maybe it’s just me, but sod the panties, get these new boots on.

The Doctor will see you now.