Adidas Originals have released the all exclusive archive styles of two iconic legends of the 80s. Back in 1984 the Argyle pattern was commonly seen on Ivan Lendl. Originally from Czechoslovakia, he became a US citizen in 1982. One of the finest tennis legends back in the 80s and still remained very much a top competitor into the early 90s.

First up is the Argyle pattern styles. So if you into playing a bit of tennis or just want to support the retro casuals football fashion on a matchday – you’ll be the envy of many. 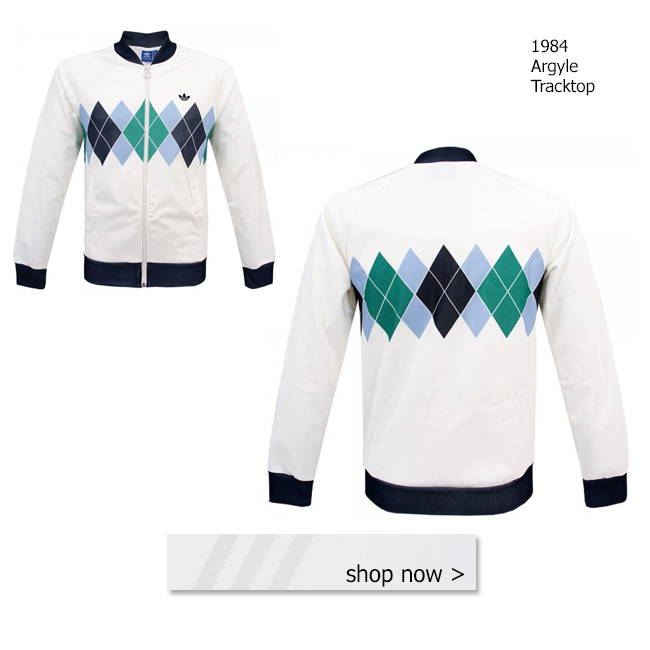 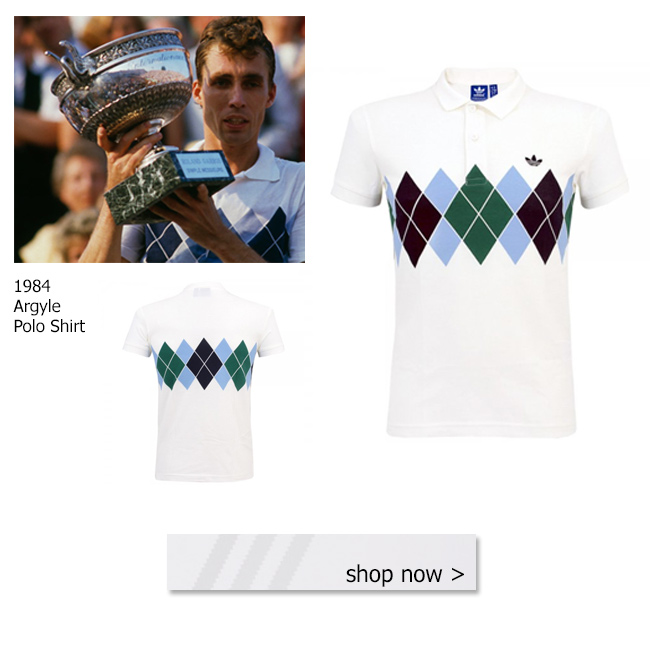 In 1985 the Dominant White polo shirt and track jacket was launched. Below see Ivan Lendl in action on court wearing this iconic style.  We are proud to present the reissues of the 80’s by Adidas Originals at Stuarts London.

More can be expected to be seen very soon  from the very hush project between Barbour and Adidas originals , we can reveal that the pack will include around 5 jackets and each will come with an option of matching sneakers / trainers. More news in October when we will begin pre-order for the collection. Please join in on our Facebook forum if you already haven’t, we post up to date information there on new arrivals all the time before we send out a generic email to everyone.  Link : www.facebook.com/stuartslondon1967