In 2005, Red Wing Shoes celebrated their centennial anniversary by crafting a size 638 ½ D (US) boot which resides in their flagship store in Minnesota. Aside from being blown-up in scale, the world’s largest boot was built using the very same design and materials used to build a Red Wing 877. The boot serves as a testament to the craftsmanship and unmistakable quality of Red Wing footwear. 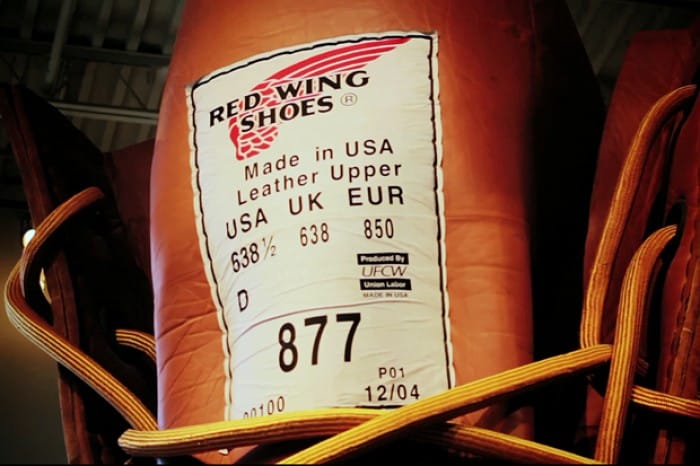 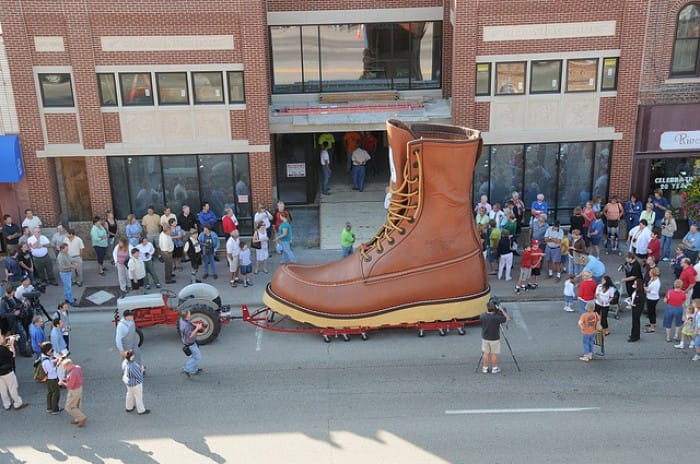 The world’s biggest boot arrived at its new home at the new Red Wing Shoe Store in Red Wing, MN . The boot size is a true 638 1/2-D. Gaining immediate recognition in the Guinness Book of Records as the world’s largest boot, the boot stands 16 feet tall and 20 feet long.  It took 80 cowhides, 1,200 feet of rope and 300 pounds of adhesives and its shoelace is 104 feet long.  Employees said everything about the massive replica was properly scaled, so if a 12-story-tall man came to town they would have a roughly $100,000, ready-to-wear boot for him.

Excellence is a standard which transcends the test of time. For over a century Red Wing purpose-built footwear has been at the spearhead of innovation in the standard of excellence for work boots. Red Wing products are proven to perform and outlast. Behind each pair of shoes exists over a century of experience. So whether you are buying footwear, garments or accessories, rest assured that the Red Wing logo stands for a standard in excellence like no other.