Ten C  is a new brand that has caught the attention of many expert buyers within the industry around the world. The jackets are only sold and available in a handful of stockists. The main appeal of the brand is the amount of attention placed on detail & design with the vision of each jacket to stand the test of time. The duo behind the brand are known as two of the most celebrated designers in the fashion world. Paul Harvey and Allesandro Pungetti respectively worked previously as designers for Stone Island and CP Company and have an unparalleled wealth of experience in the area of top level outerwear. In recent years Paul Harvey  brought back as head designer again to put life back into CP Company once more with his magic touch, taking technical jackets to the next level.

What makes these jackets so expensive ? Well ……the answer is in the fabric. The fabric is specially formulated in Japan by an expert team of research fabric designers. These are a team of guys that think out of the box, trying to weave different forms of fabrics together to make the perfect outer shell for Ten C jackets.  Thereafter the fabric makes it way back to Italy where each jacket is hand cut and made with extreme precision.  Ten C Sounds more like a Science experiment thats just made a breakthrough in developing a jacket that will last forever.

Ten C – state their jackets last beyond expectations and every effort has been made to honour this very bold statement.  Once you touch and feel one of their jackets you will also believe the hype.

Over the years the fabric will build up its own characteristics according to how you personally wear it. The older it gets the better it will look. Similar to wearing in a raw denim jeans and making it your own. 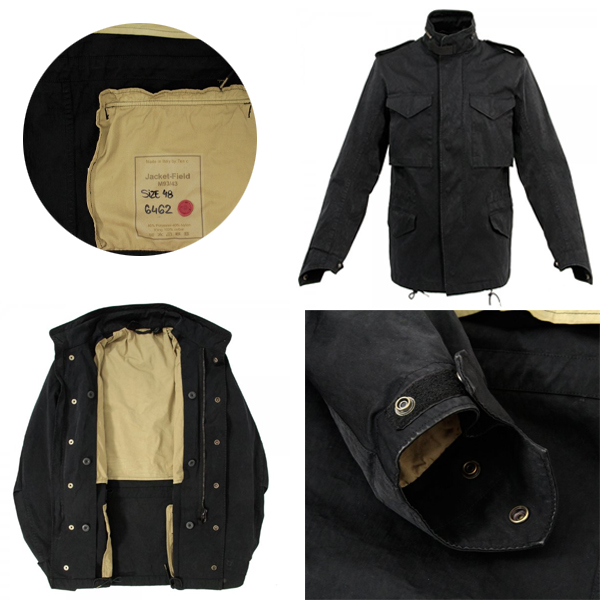 The Field Jacket takes its inspiration from the original 1943 US Army style.  Later remodelled in 1951 and the above version which includes a concealed hood into the collar is more close to the 1965 version. Which was widely used by the US army during the Vietnam war.  We have seen many versions from Ralph Lauren to Schott NYC , although they got the styling right,  Ten C have ticked all the boxes from the zips  to the super durable OJJ Japanese fabric.

The OJJ is a very finely knitted  nylon/polyestere micro-fibre. Which then gets further treated when the fabric arrives in Italy before each jacket gets made.  The fabric is very rich , smooth with an apparent high density feel.

This Season  the Field Jacket is also available in a light olive , which we think looks more beige than the labelled olive on the sticker by Ten C.

The Drill jacket is an all time classic style. Having all the usual Characteristics of   Ten C ‘s belief the Drill jacket comes in a OJJ Japanese fabric as others , made in a three button style , which also has the option to close the lapel at the top to offer a more of a shirt look to fight a cold wind chill.  Classic look with one upper chest pocket and one reverse on the inner. Two lower pockets with heavy duty canvas backed pockets. 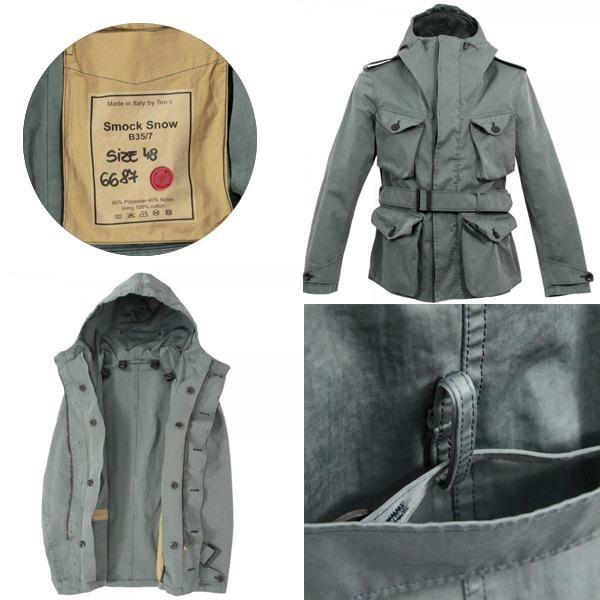 The Snow Smock was actually made for winter camouflage , the original Smocks were very loose fit and oversized, to enable military personnel to wear them over multiple layers of clothing. Ten C  designers Paul Harvey and Allessandro Pungetti were probably the main cause of the Snow Smock surfacing to air,  as the jacket worn in a slim silhouette away from oversized authentic look was also part of the  CP Company collection back in the days.

The jackets may be costly , but we do feel they are true investment, the quality and high spec OJJ fabric justifies every penny spent on Ten C. Simple jackets with a no logo policy so that only the jacket is observed and not the brand-name.

Finally each jacket will  have the option to buy an additional down feathered liner, which can be buttoned and fastened  into the inner and used in the colder parts of the year to keep you looking warm but super stylish.