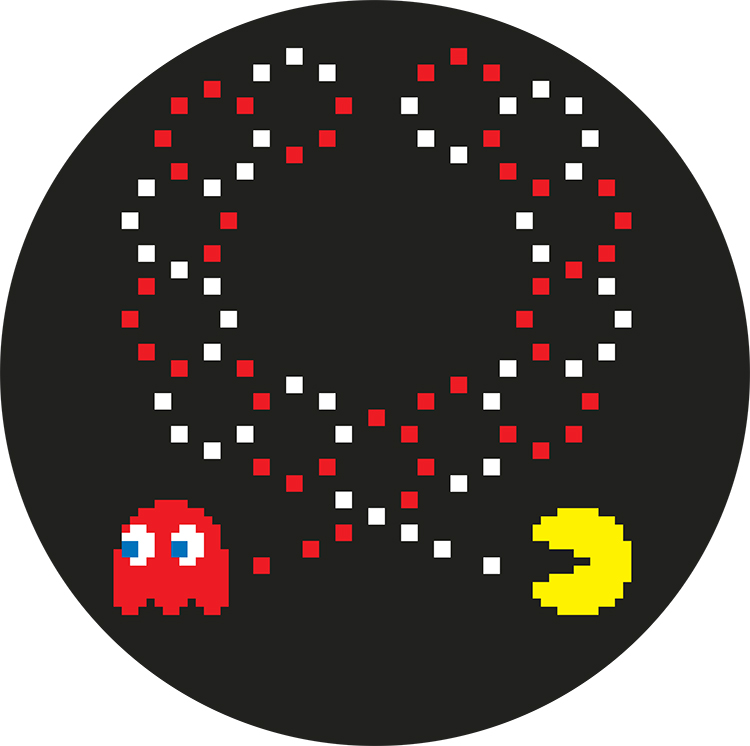 Bang, Bang ….. Bang !!!    Three shots fired and the only thing that’s gonna get hurt is my wallet, says the man in the shop when I told him about the new ‘Triple’ collaboration between three mega icons. This May 2013 we see the release of the Pac Man x Fred Perry collaboration, with all the artwork especially being designed by the iconic Japanese Pixel artist,  Ten_do_Ten. 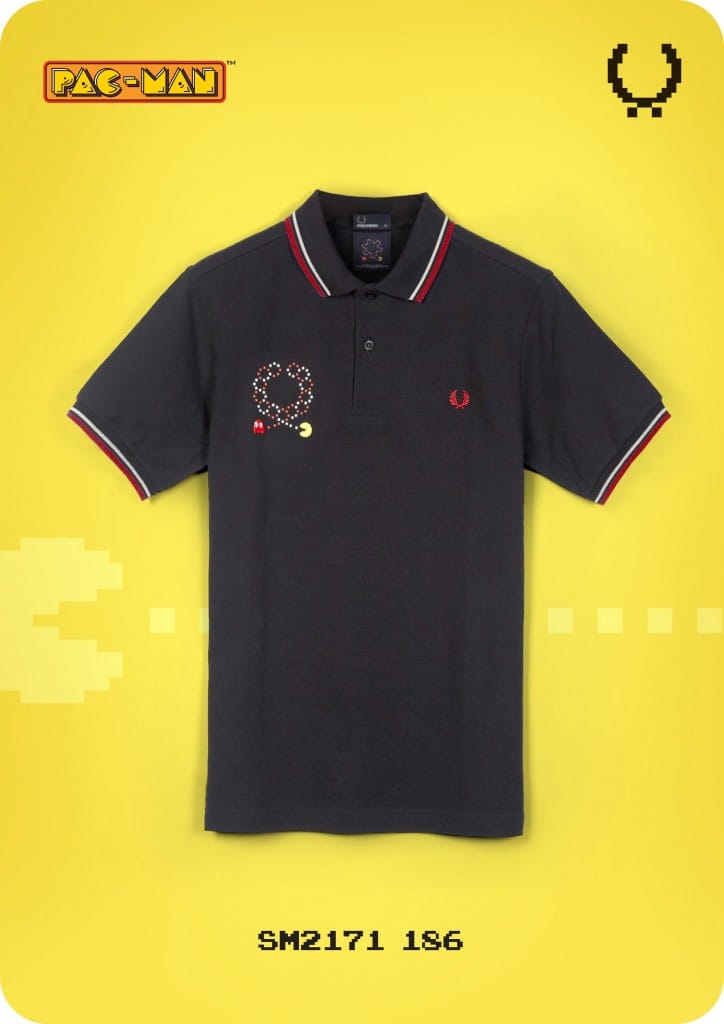 Ten_do_Ten started as a company in 2001, designing pixels for various digital media’s. However since,  the company gained major recognition rapidly for its artistic contribution, and boasts a profile from designing textiles to magazine covers to name a few. Which explains why Fred Perry would want to work with Ten_do_Ten and let them design the patterns to be showcased on the laurel polo’s. 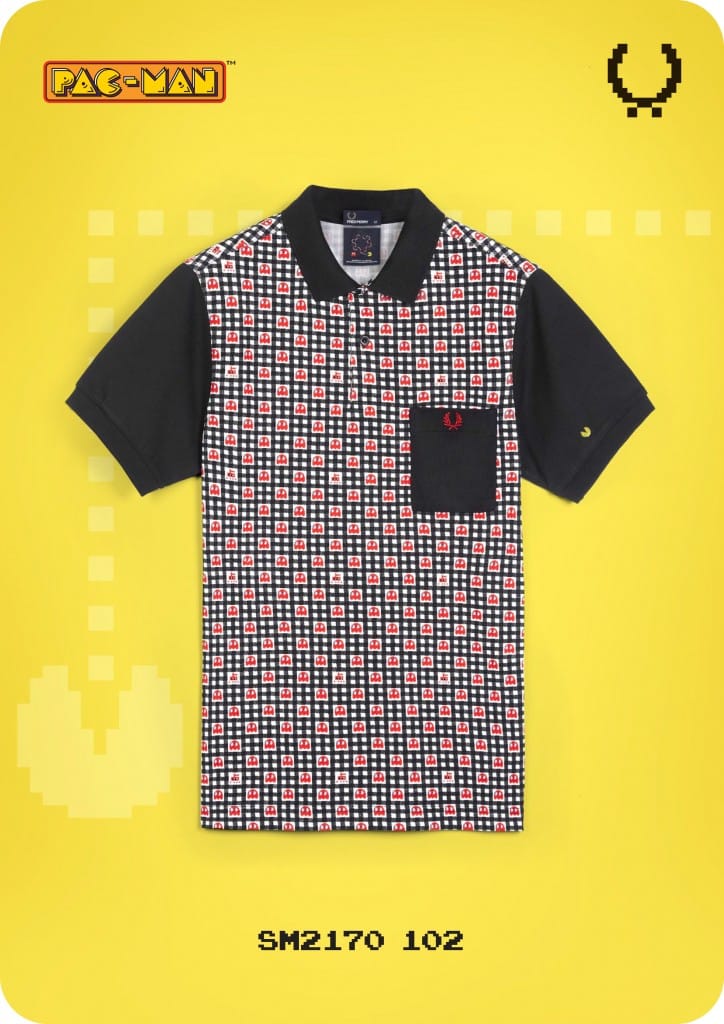 Pac Man is an iconic symbol and now 30 years old. I think the main reason we adore the ball gobbling , cherry loving digital character is because it very much a reminder of how computer graphics were back in the early 80s, a time when folks still played music off a LP and a Bill Gates was still pushing ‘Windows’ like a door to door sales man wondering if he was gonna make it big. 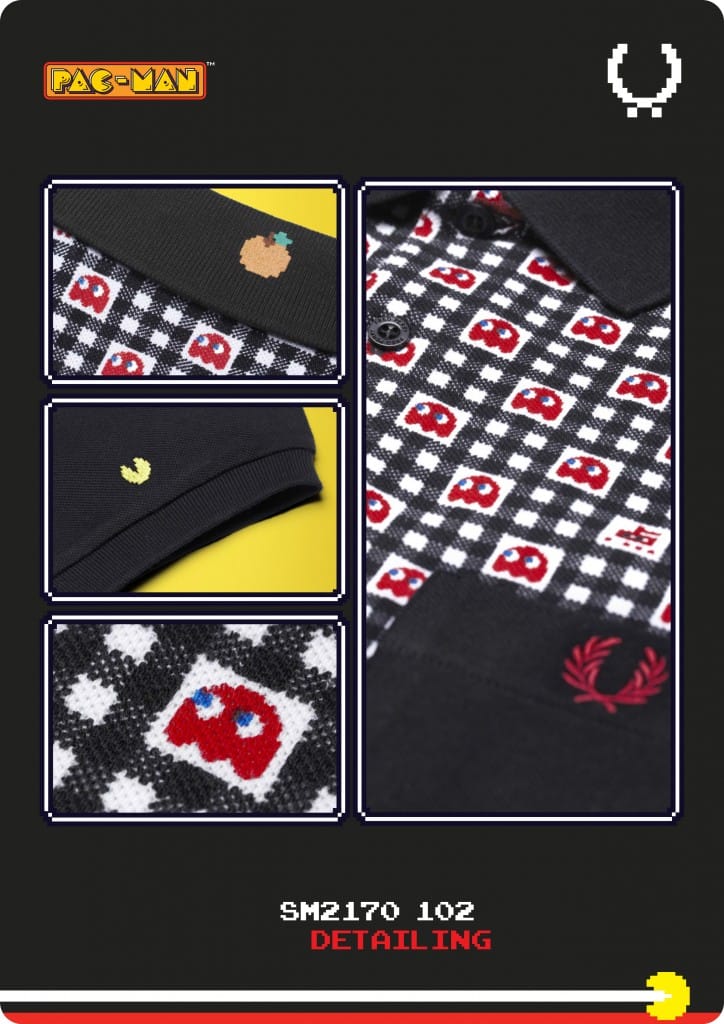 Each style has been carefully put together and will come packaged in its own limited edition bag. The Collection only compromises of 4 polo styles and is very limited in production. Available only in  a select number of stockist in UK and Japan we are sure these polo’s will become collectors items in time to come. 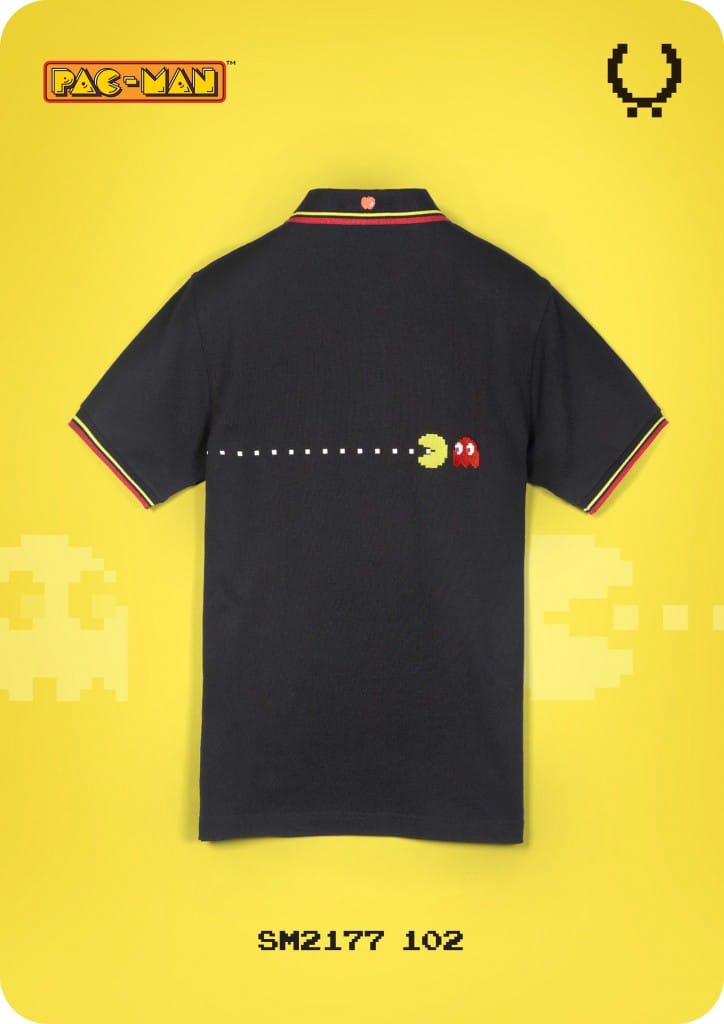 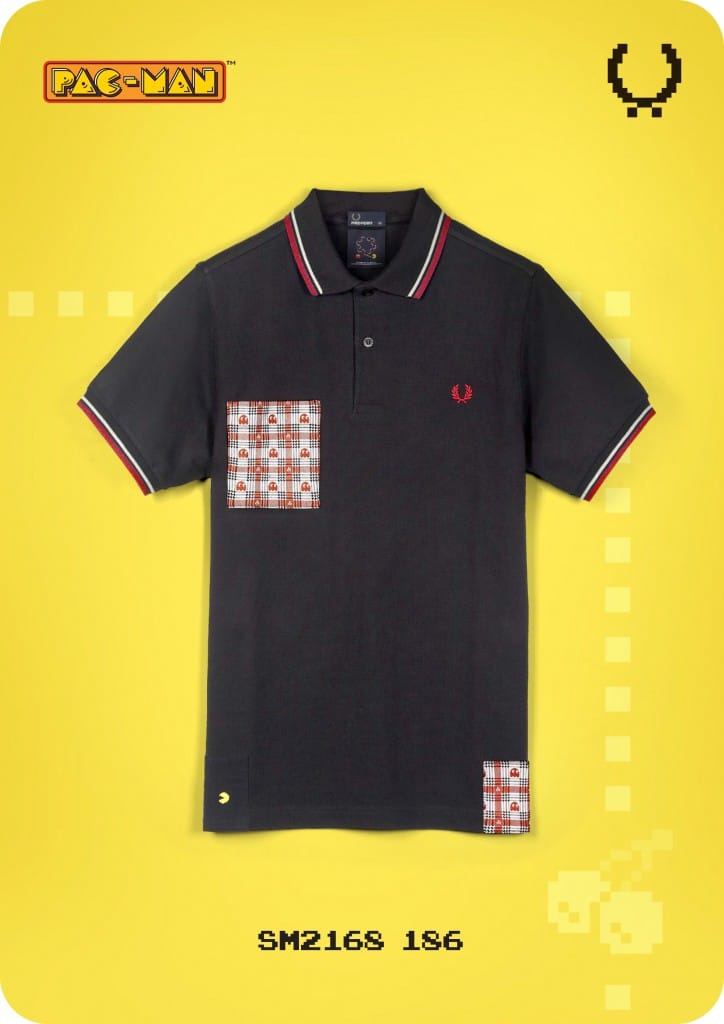 Stuarts London will have stock of these cool gems by Early May 2013.