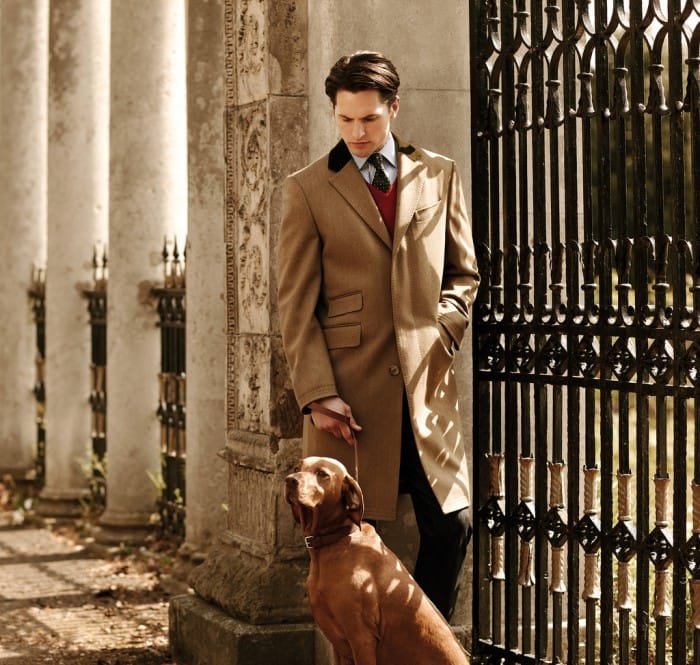 Crombie remains an iconic British brand, trusted worldwide for the quality of its products and the timeless elegance of its designs. In England, the ‘Crombie coat’  has been used to refer to the sometimes velvet-collared covert coat – a close relation to the Chesterfield – that has been beloved by Teddy Boys, skinheads, City bankers and gentlemen of the turf. 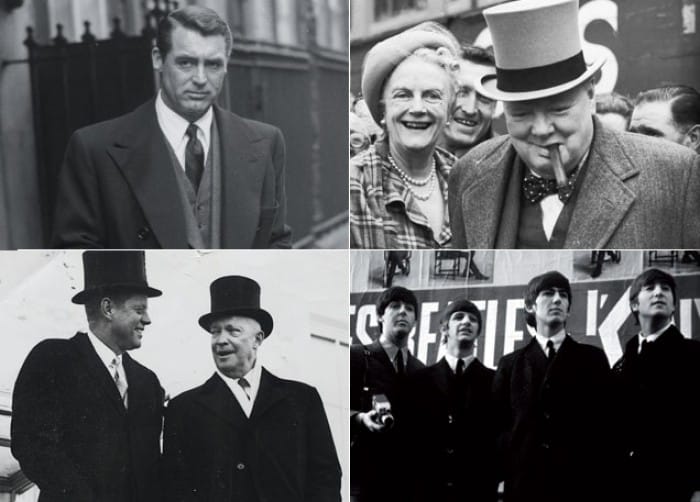 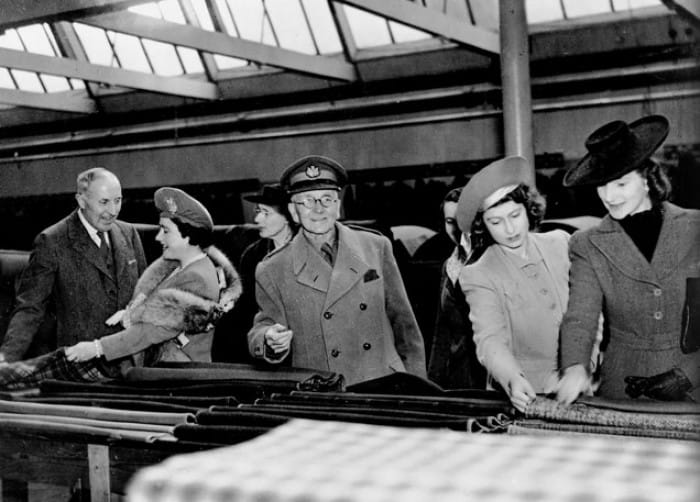 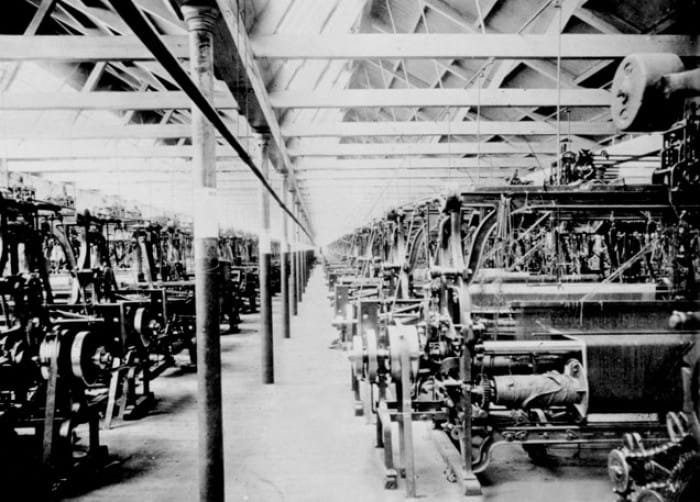 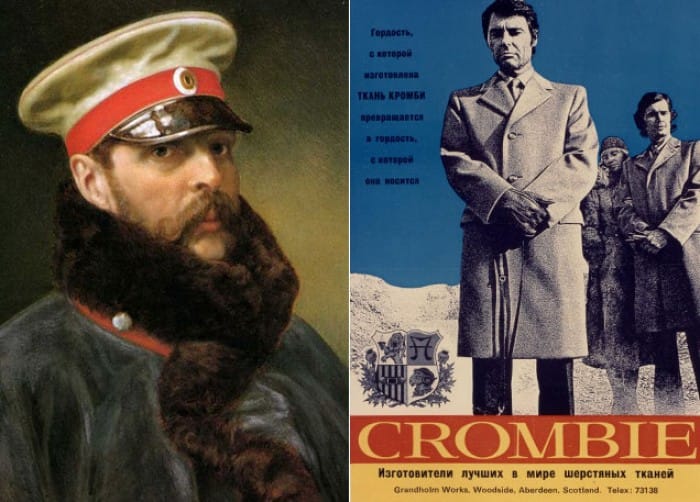 The brand’s enduring simplicity and elegance have allowed it to be rediscovered afresh by every generation. The company continues to use the finest British wools, tweeds and cashmeres to create its iconic menswear.  So what is a true Crombie coat, The answer is all of them. For although Crombie is a trademarked producer of men’s clothing, it has only been a coatmaker since 1985. Crombie was founded in 1805 as a woollen mill in Aberdeenshire. 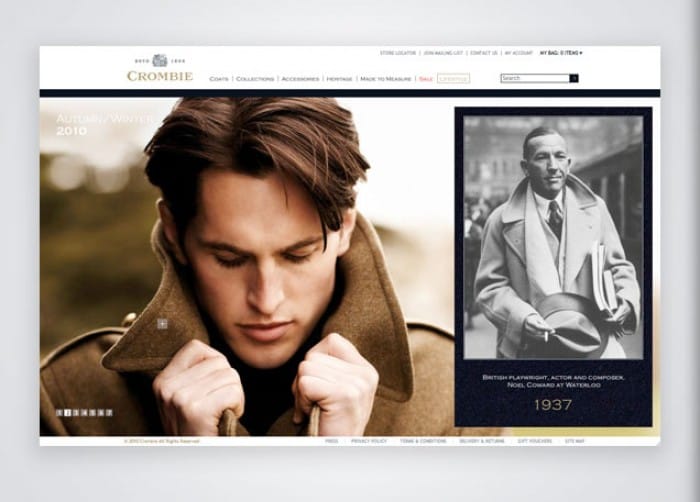 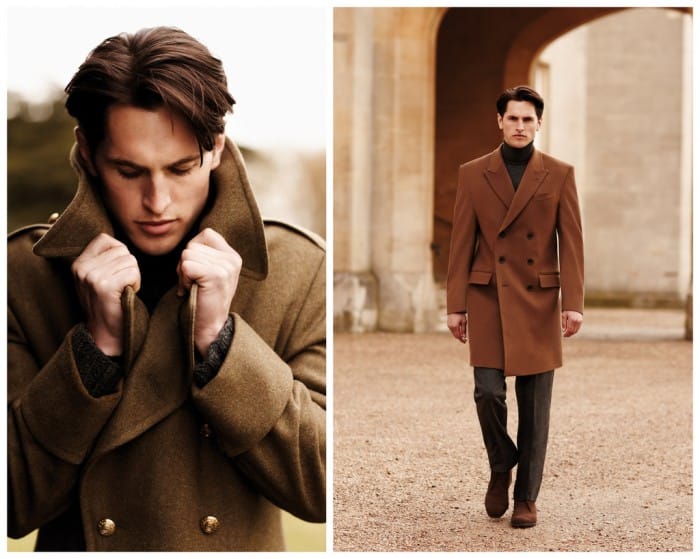 Crombie produced hundreds of miles of cloth for blankets and uniforms during both world wars. With its war work over, Crombie reassumes its position as a purveyor of fine British fashion to celebrities royalty, and statesmen worldwide. During the 1980s the group was acquired by Alan Lewis, the Conservative Party’s vice-chairman for business. 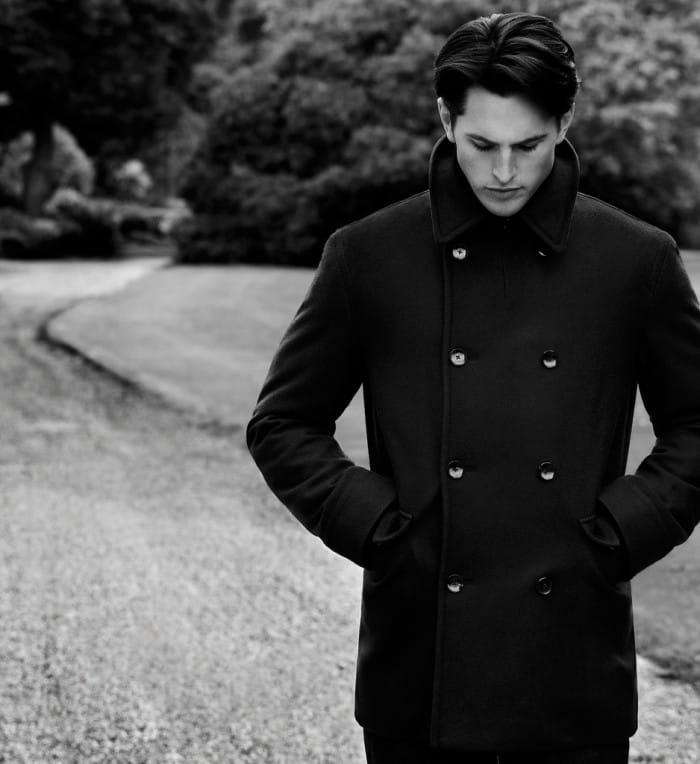 Under Lewis, Crombie’s emphasis has shifted: in 1985 the first Crombie-branded collection was produced. The current collection of Crombie branded clothes is strong – star garments include plenty of City and skinhead-friendly coverts, plus a cracking cognac camel coat. When the legendary British tailor Tommy Nutter sought to return to Savile Row with his own ready-to-wear range, he approached Crombie for support. A partnership was formed, and for many years Crombie and Tommy Nutter products were sold alongside each other from the same shop. 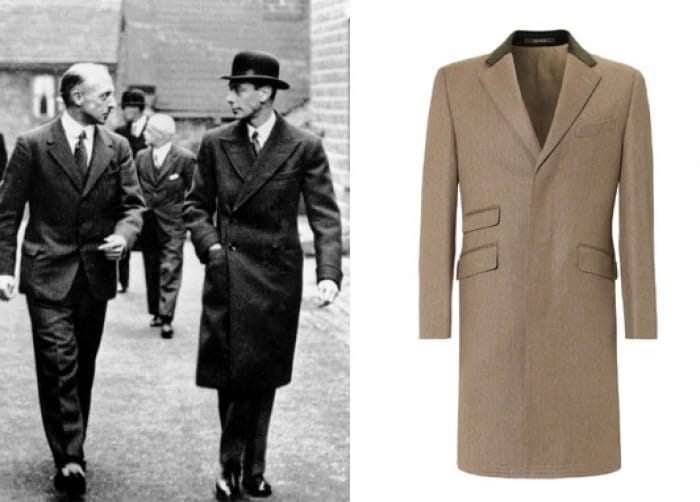 With  clients including Elton John, John Lennon, and Mick Jagger. Tommy Nutter produced a variety of eye-catching designs – including Jack Nicholson’s Joker costumes for the 1989 Batman movie – while Crombie supplied him with the cloth. Crombie continues to source only the finest raw materials to make its luxury products 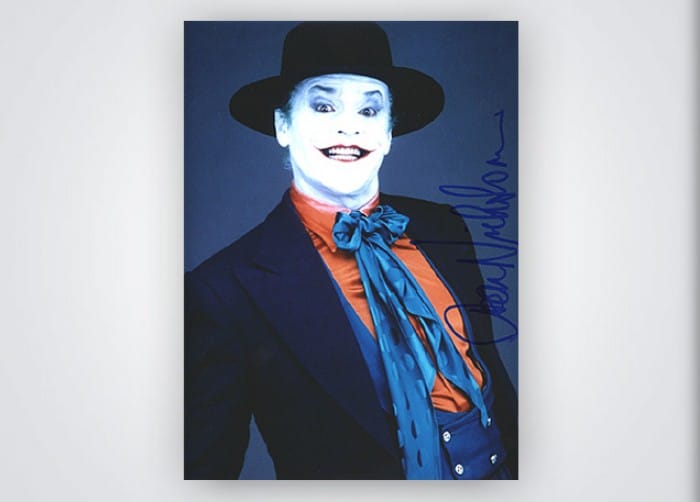 This piece has the usual Crombie durability
By using a single layer of double faced fabric (a once difficult technique of which Crombie was a pioneer in the nineteenth century), it is a lighter weight than many other full-cotton raincoats, and the superb grade of the weaving gives it a softer feel as well