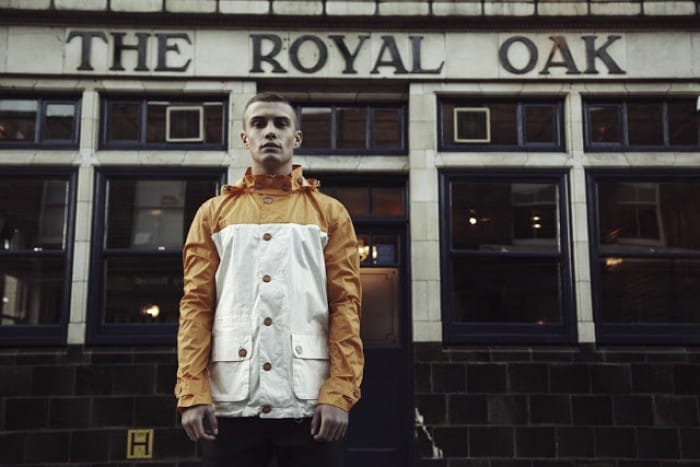 Weekend Offender, out from the mid-noughtie’s spring/summer 13 lookbook uses famous quotes from classic British films such as Quadrophenia, The Krays and A Clockwork Orange, the collection of images provides an idea of the Weekend Offender lifestyle. 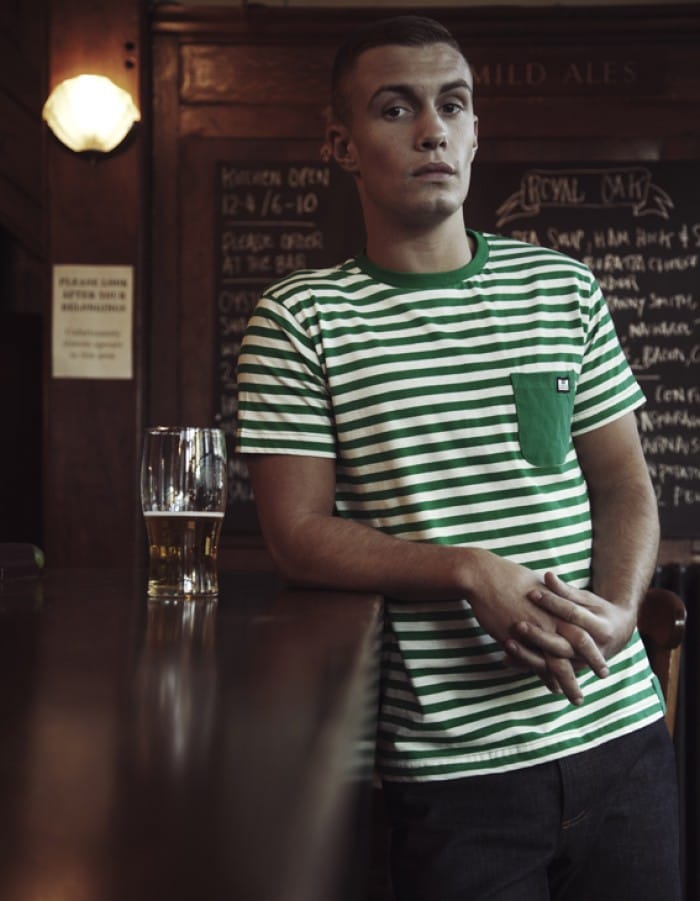 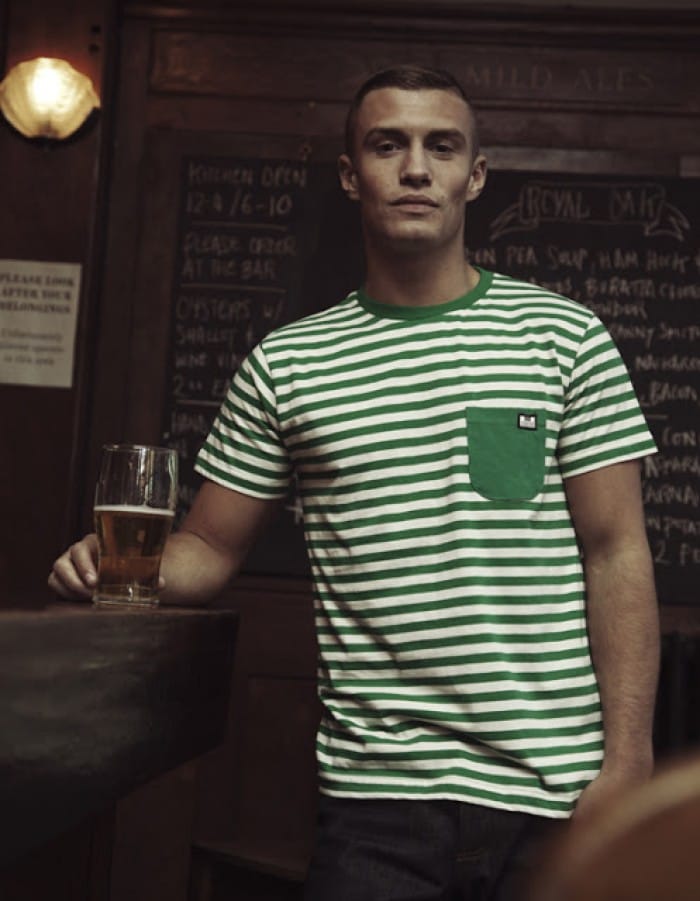 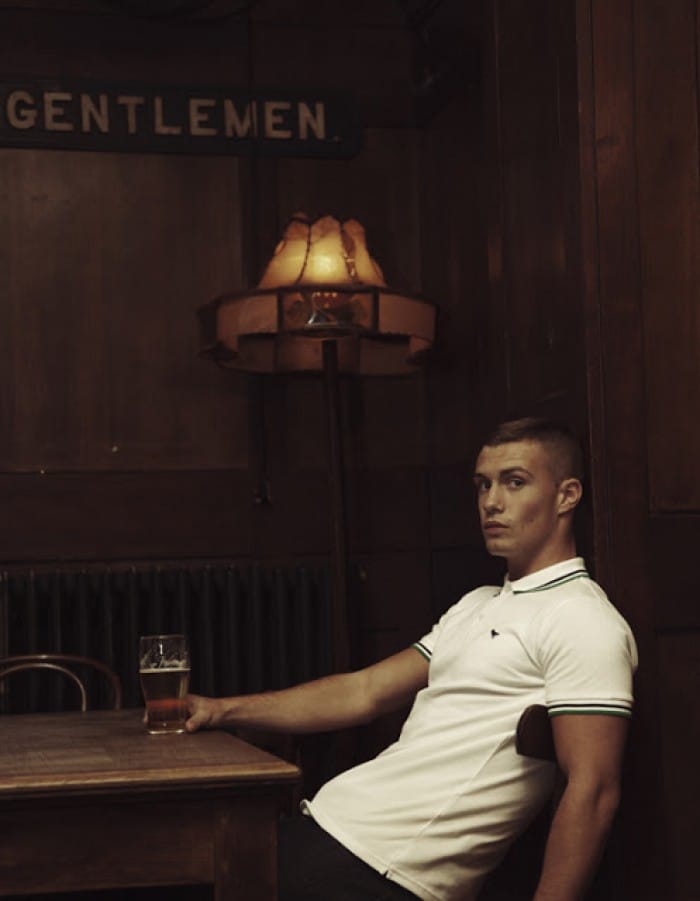 The collection itself is no-nonsense, functional, bold, stylish and playful, assured. Bold colours, the colour palette utilised, broad cuts and clandestine pockets. The Weekend Offender Spring/summer 2013 range does the  tough terrace-like styling, bringing in  simple lightweight jackets, ideal for football away days, and minimalist shirts for weekend nights out. 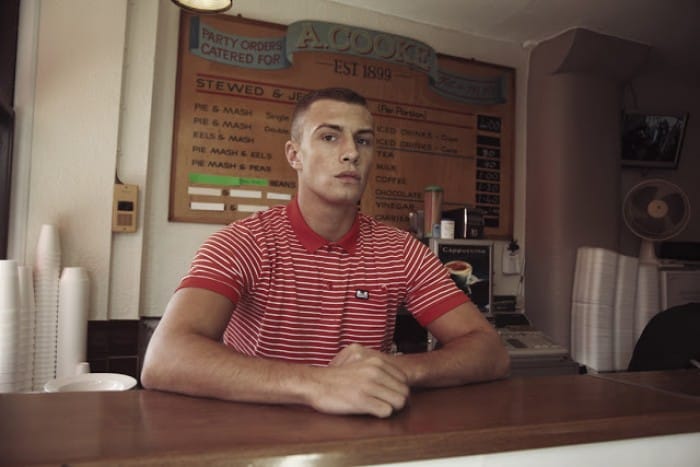 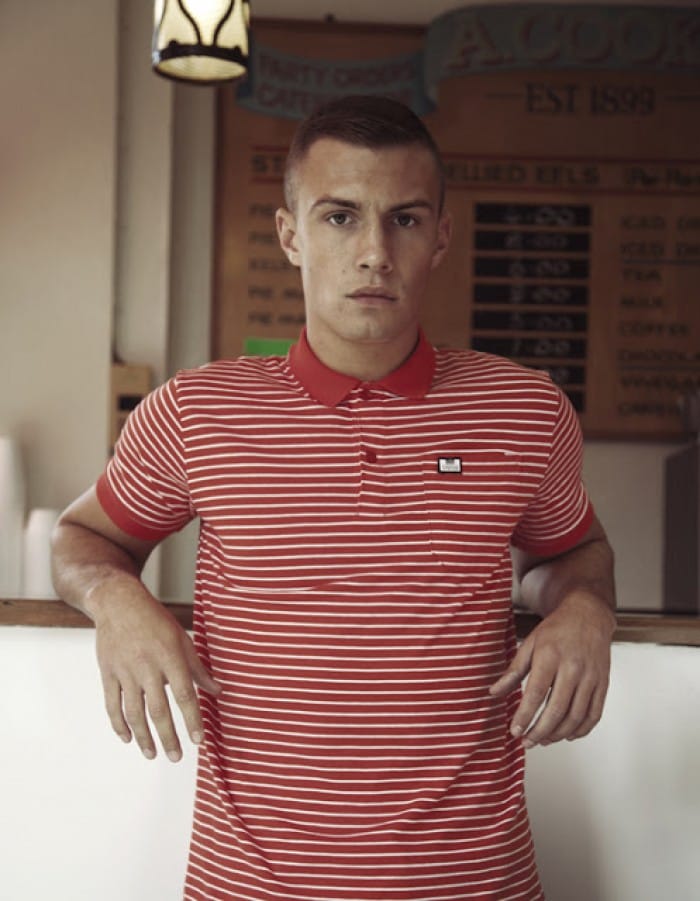 It’s all about confidence and attitude as much as you  can expect from Weekend Offender as the collection itself is no-nonsense, functional, bold, stylish and playful, assured, appealing, the model, the clothes, the locations and concepts all work and compliment each other. 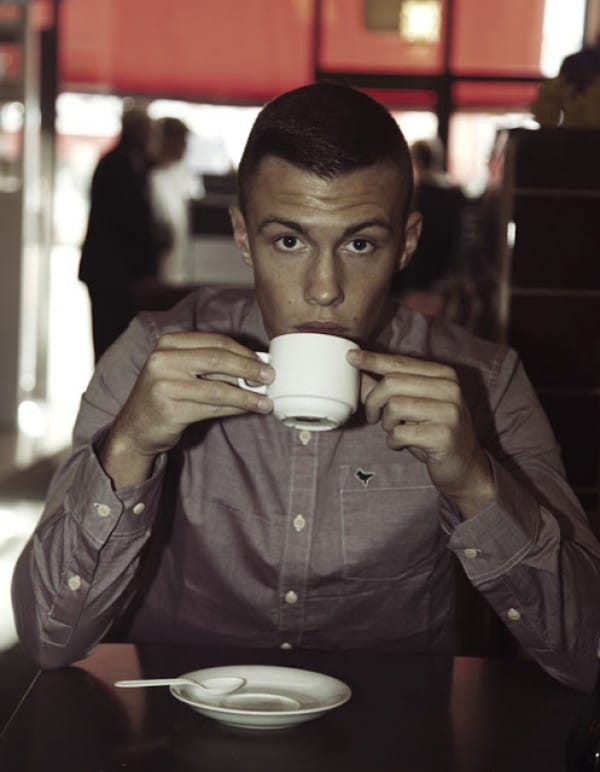 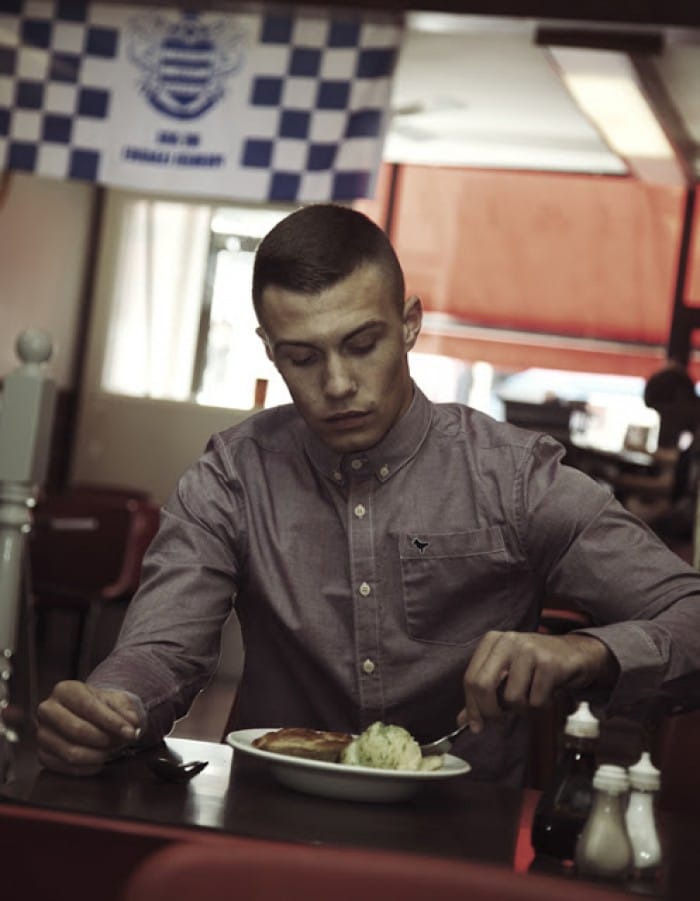 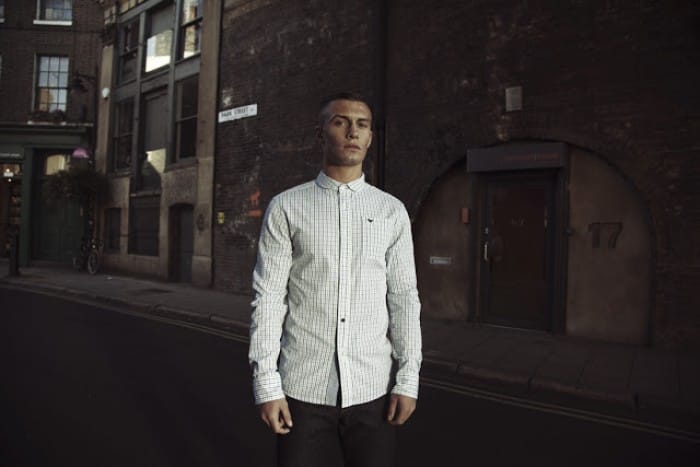 The ‘Specs Graphic Jumper’, sporting the words ‘You wouldn’t hit a man in Glasses’ gives the ladish culture,  photographed in front of The Royal Oak pub in Hackney, home to scene of a violent trashing by the Maltese boys in The Krays. 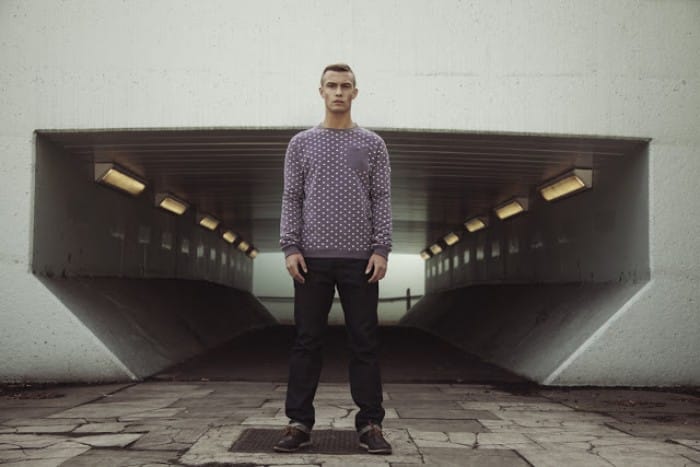 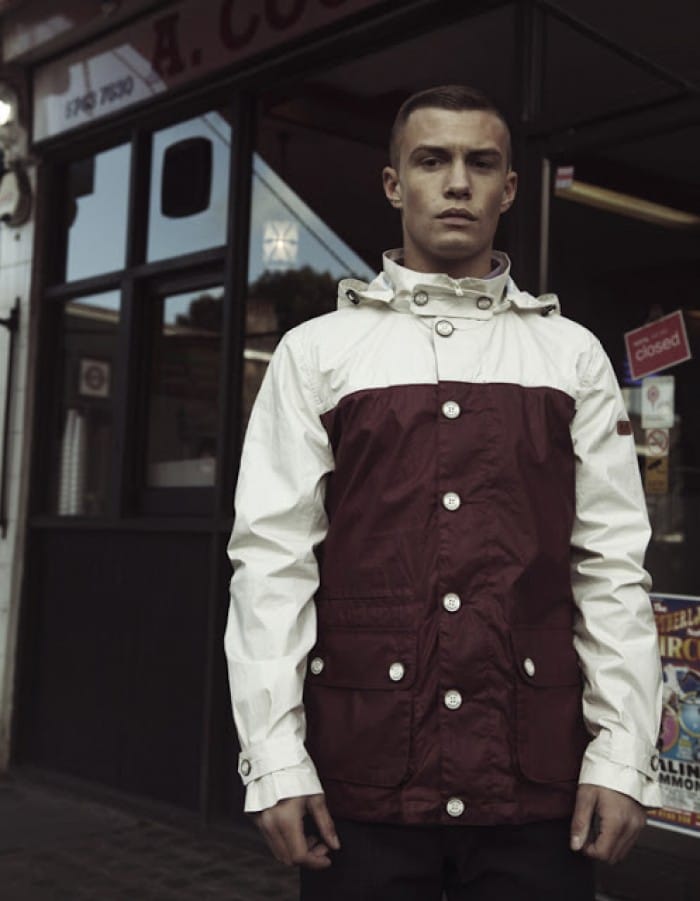 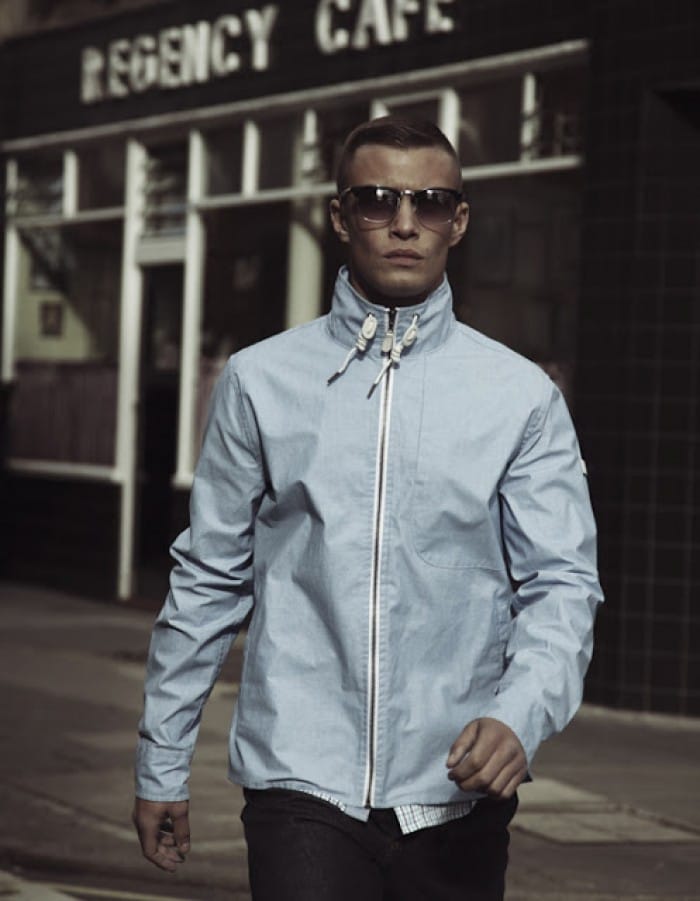 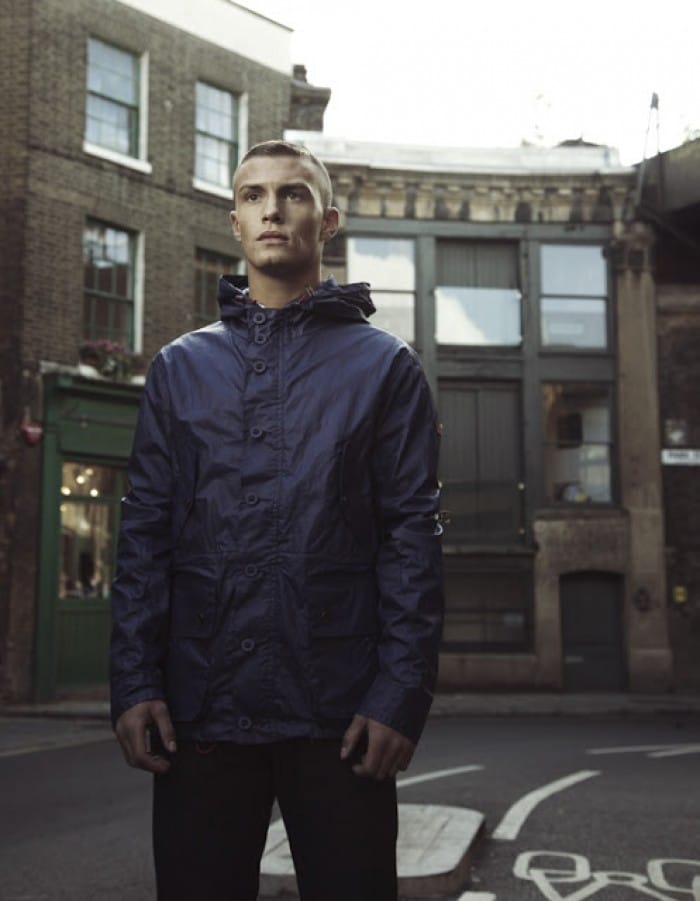 Weekend Offender have obviously done something right due to its admirable simplicity,  maintaining  an understated aesthetic. Wearable garments that always get a second glance. Detail in everything, ADMIT NOTHING

“No, Kev, that’s it. Look, I don’t wanna be the same as everybody else. That’s why I’m a Mod, see? I mean, you gotta be somebody, ain’t ya, or you might as well jump in the sea and drown.” From The Film Quadrophenia.

Weekend Offender from Stuarts of London 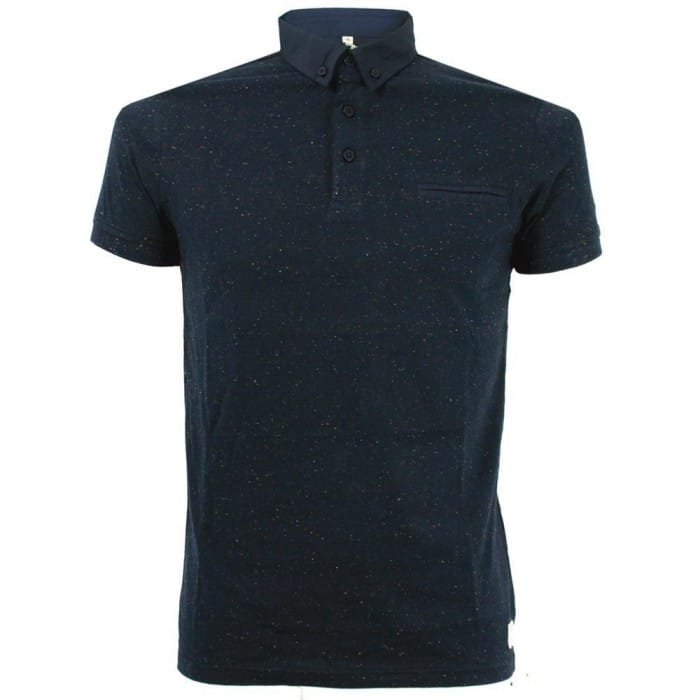 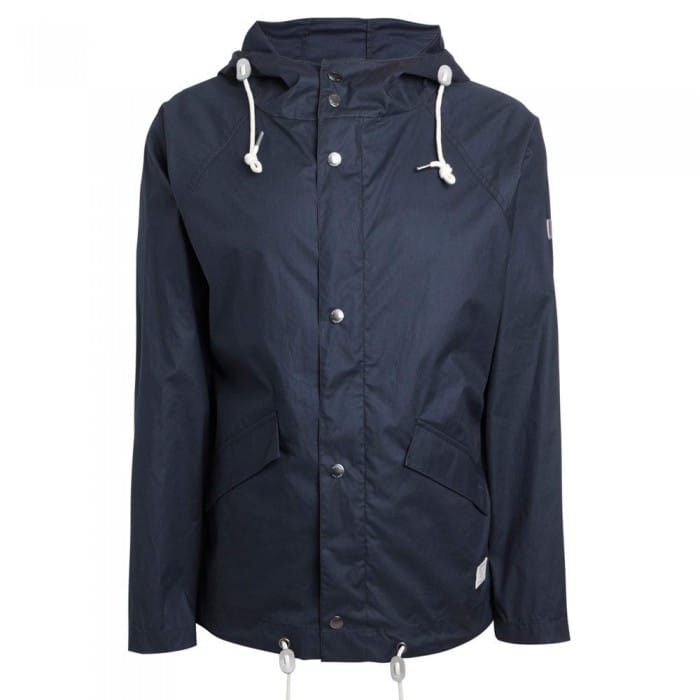 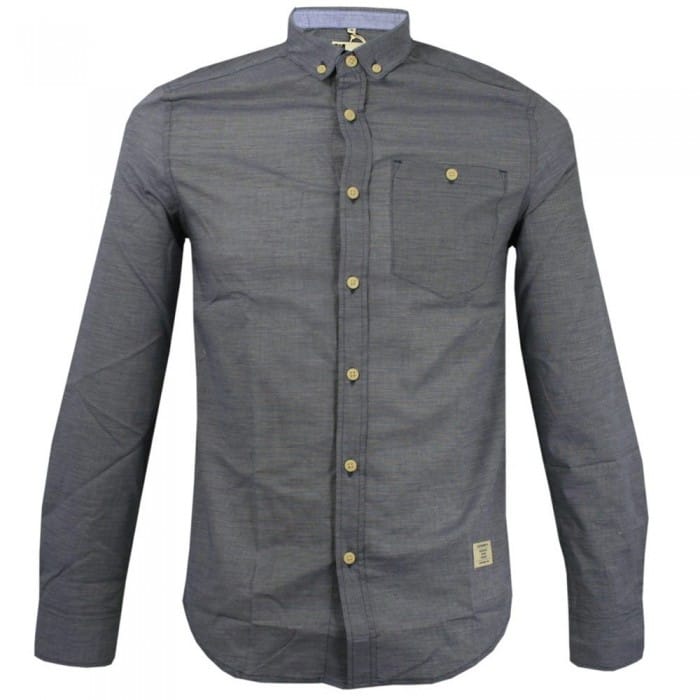 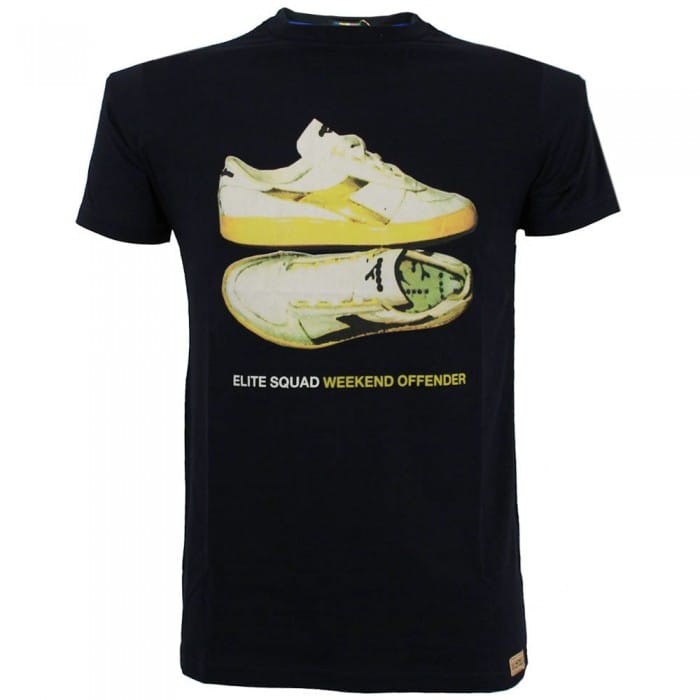