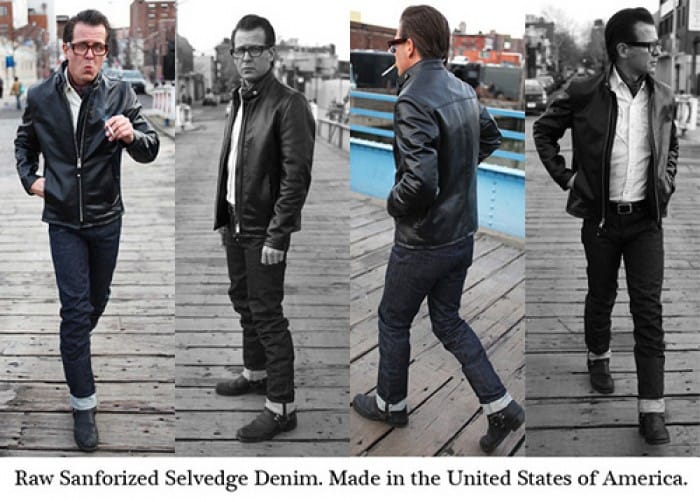 Many people confuse the two and think they are essentially the same, however there is a big difference.  What’s all the fuss about?  Why do denim-addicts and denim-amateurs alike pay extra special attention to it? 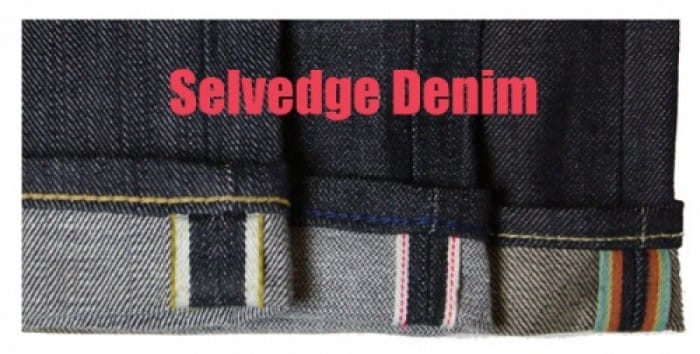 Raw denim refers to the wash while Selvedge or also known as “selvage” is the edge. Most Raw Denim is “selvage” and not all Selvedge Denim is raw. Raw denim is a denim fabric that is not washed after being dyed during its production. Its left in its most natural form and usually very rigid in nature. 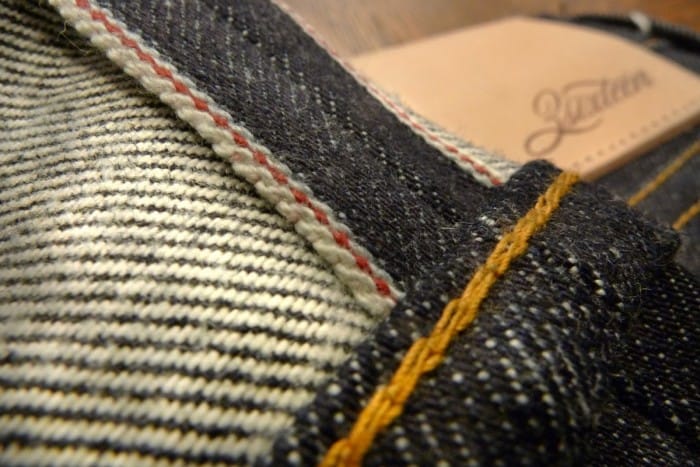 Over time, denim will generally fade, which is often considered desirable. During the process of wear, it is typical to see fading on areas that generally receive the most stress, which includes the upper thighs (whiskers), the ankles (stacks) and behind the knees (honey combs).

Non-selvedge denim’s edges are not crisply finished and thus can easily fray, which is why all conventional denim comes with over-locked edges to avoid fraying.  Whereas with selvedge denim, the edges are nicely bound (hence “self-edge”), diminishing the likelihood of the ends/edges unraveling. It’s important to bear in mind whilst Selvedge Denim is becoming more and more popular, conventional raw denim can sometimes be equally as nice if woven in the correct manner. Edwin, Nudie and Levi’s Vintage have mastered these techniques to offer optimum quality within their collections. Selvage denim today is more expensive to produce and requires more manual production than mass produced conventional denim, hence the reason why a good pair of selvage denim jeans are more of an investment and higher in price. 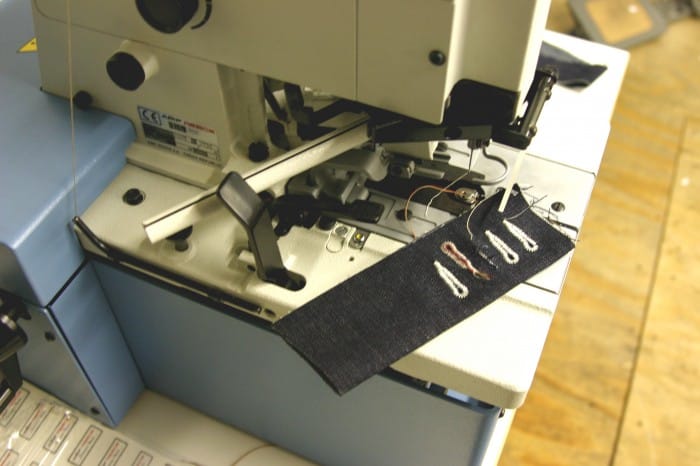 Be sure to check the other denim characteristics (i.e. raw? sanforised? weight?) Raw Refers to denim being unwashed and the Sanforised basically means if the denim has already been given a pre-shrunk treatment, and the weight usually refers to the thickness of the denim. Thicker the denim the harder it will wear. Usually measured in Oz All these will add to quality and determine a price. The history behind Selvadge Denim is pretty interesting in itself too, and begins with the old style loom being born in the late 1800′s. 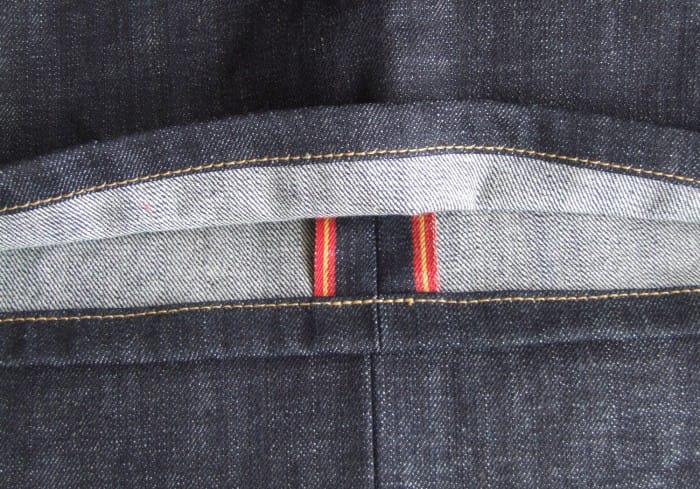 It was able to produce tightly woven and heavier denim in strips that were quite narrow but very long. In fact, the denim was so narrow that in order to maximize use of the denim, the jean manufacturer had to weave fabric all the way to edges, which were consequently bound. 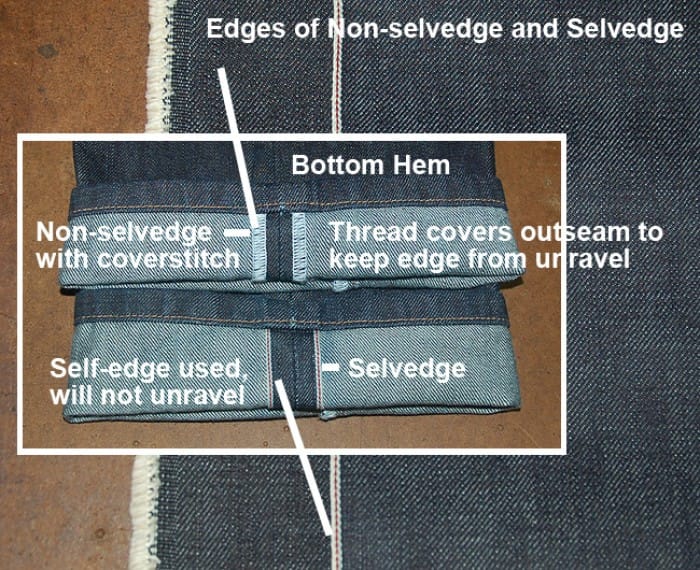 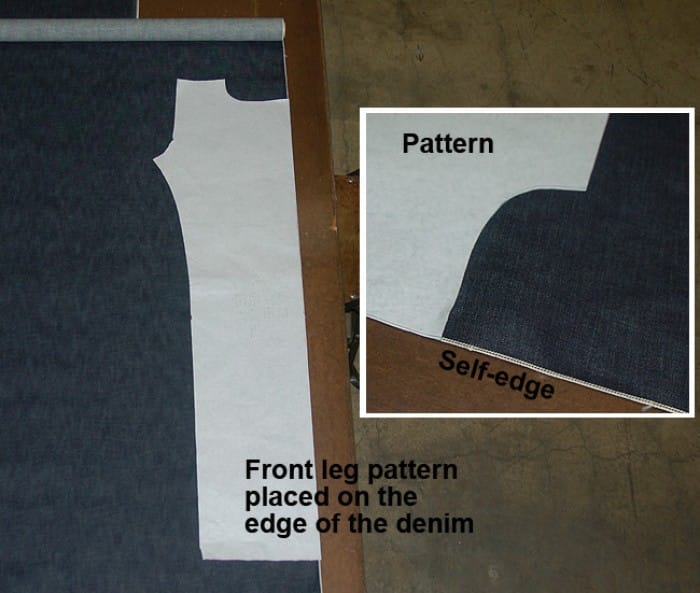 The “self-edge” would be done in various colours red being the most common, as practice fabric mills follow to differentiate between fabrics. After being crafted into an article of clothing, most denim is washed to make it softer and to reduce or eliminate shrinkage, which could cause an item to not fit after the owner washes it. In addition to being washed, non-dry denim is sometimes artificially “distressed” to produce a worn look. Much of the appeal of factory distressed denim is that it looks similar to dry denim that has, with time, faded. 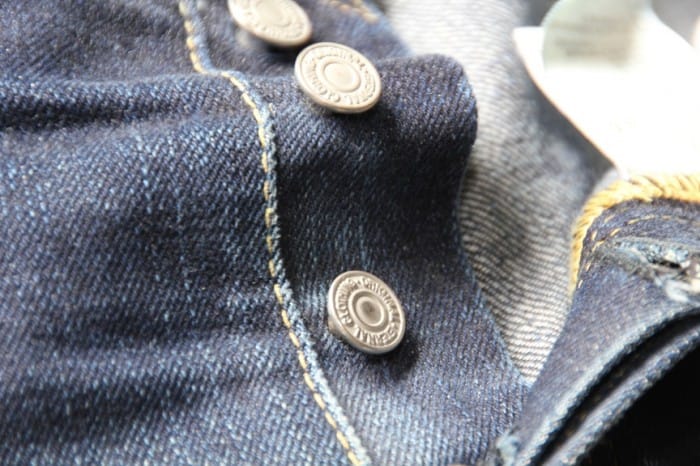 With dry selvage denim, however, such fading is affected by the body of the person who wears the jeans and the activities of his/her daily life. This creates what many enthusiasts feel to be a more natural, unique look than distressed denim. To facilitate the natural distressing process, some wearers of dry selvage denim will often abstain from washing their jeans for more than six months, though it is not a necessity for fading. 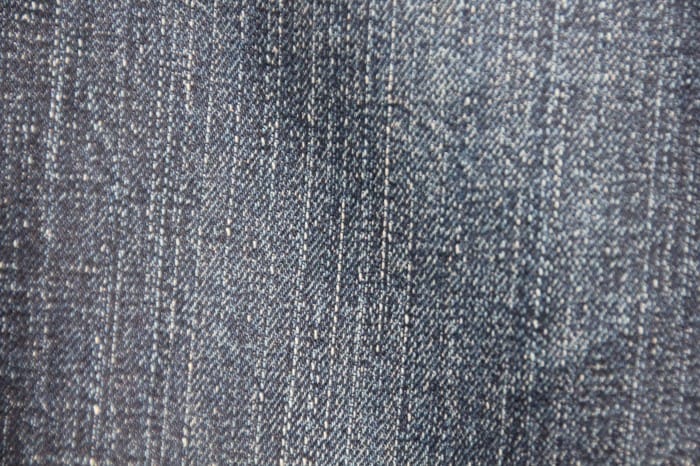 Selvedge and Raw Denim from Stuarts Of London 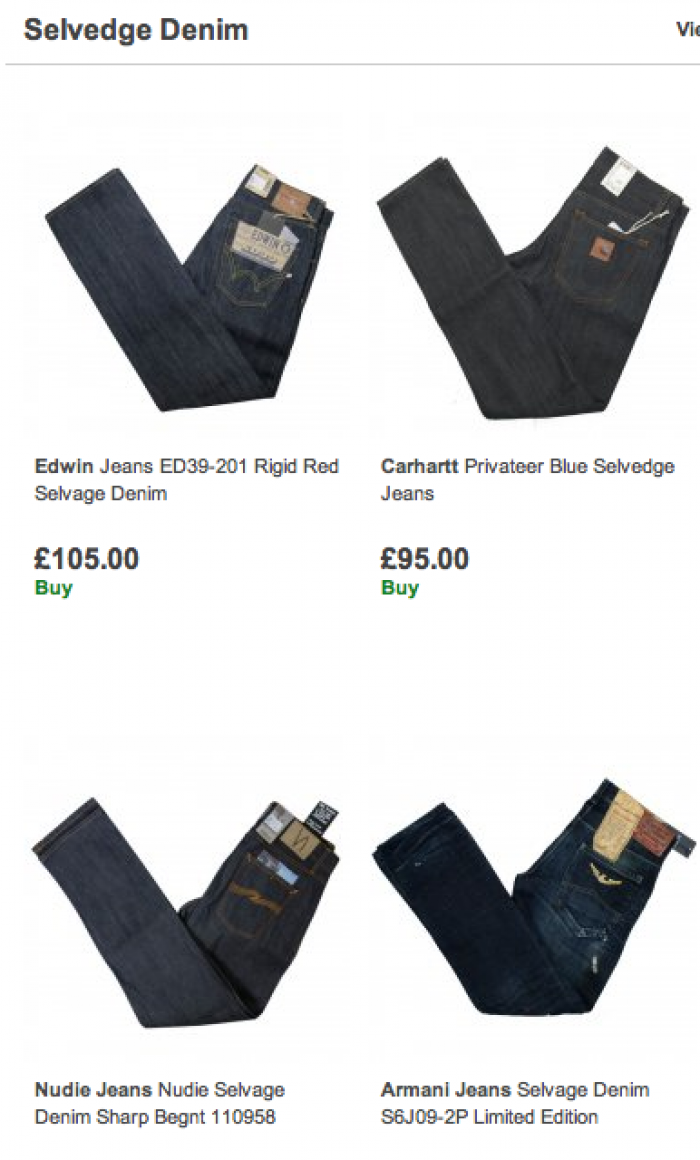 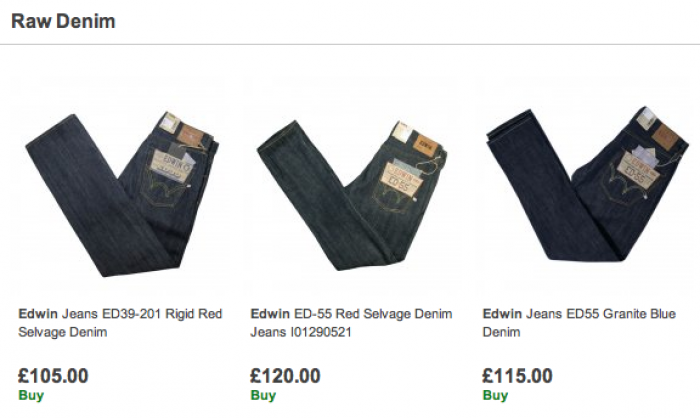