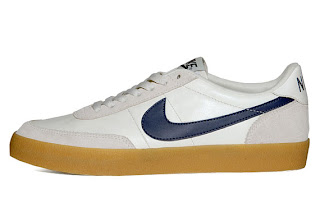 Nike Killshot just got delivered today at Stuarts London. The vintage style is back in a second version of all leather with contrast swoosh, with gum soles and suede trim. 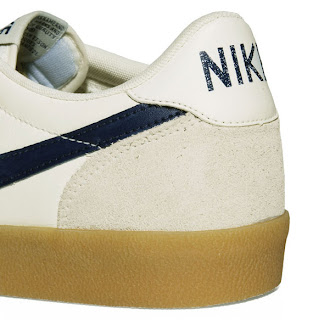 They turned from a simple sneaker for everyday use to a “killer” on the court, hence their name. These old school shoes flaunt aged materials and yellowed sole units to get and overall used look.

These vintage kicks are a timeless classic made to look like they are in fact nearly 30 years old.

The Killshot were famously worn on the courts of Wimbledon by John McEnroe back in the 80s when the leather versions were originally released and more modified for tennis use.

Due to go on-line at Stuarts London before Xmas.

Available in store now at the Shepherds Bush London Store.