After spending seven years in Japan immersed in its culture and fashion, founder Craig Atkinson had the vision to create a menswear line that combined the elements of Japanese quality and detail, together with Canadian Heritage. Launched in 2004 in Vancouver, Canada, Wings+Horns have established itself as the inspired brand it is today. Craig Atkinson and Brian Mendoza who head the design team have worked to forge a relationship between Japanese street wear styling and Canadian inspiration utilising tailored designs which are united with custom fabrics. 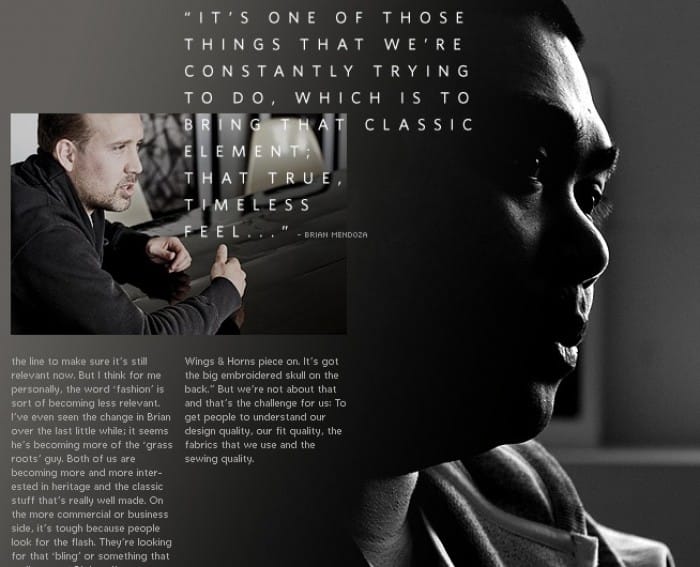 Deriving its name from the struggle between good and evil, Vancouver-based brand Wings+Horns can do only good in our eyes. Delivering timeless basics with a simple feel is what the brand are all about, but on closer inspection you’ll see that high quality materials combined with innovative cut and design are what really set Wings + Horns apart from the rest. Recent years have seen Canadian menswear brand  Wings+Horns cement themselves as one of the best sources of classic and casual menswear in the market. 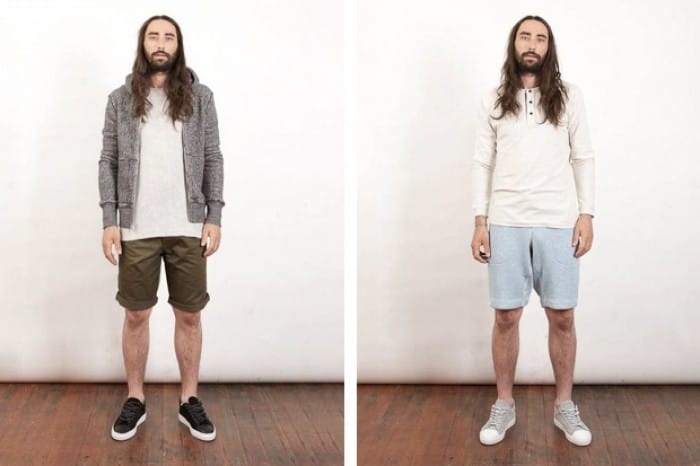 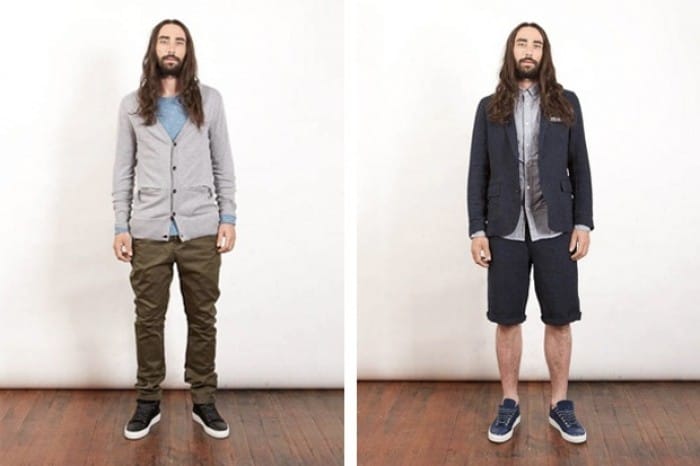 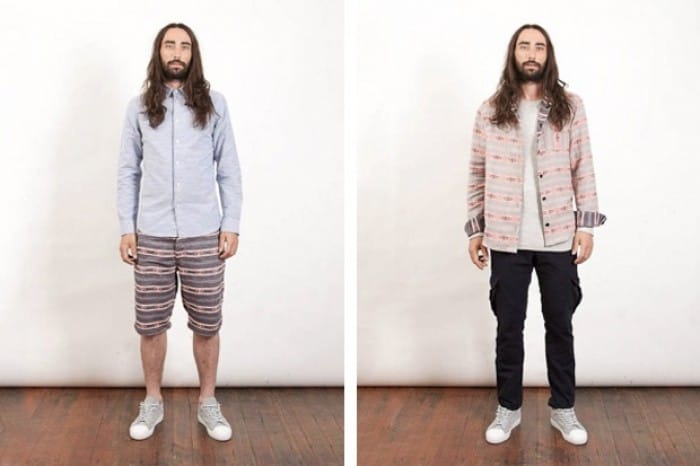 Specialising in the use of fine fleece, the line has expanded into much more including outerwear, denim and much more. Focusing on the idea of innovation, the creation behind each garment is what makes a Wings+Horns piece unique. Integrating its classic tailored fit with its utilitarian style, and customised by the use of distinctive fabrics, Wings+Horns has interpreted contemporary menswear through designs that define timeless luxury. 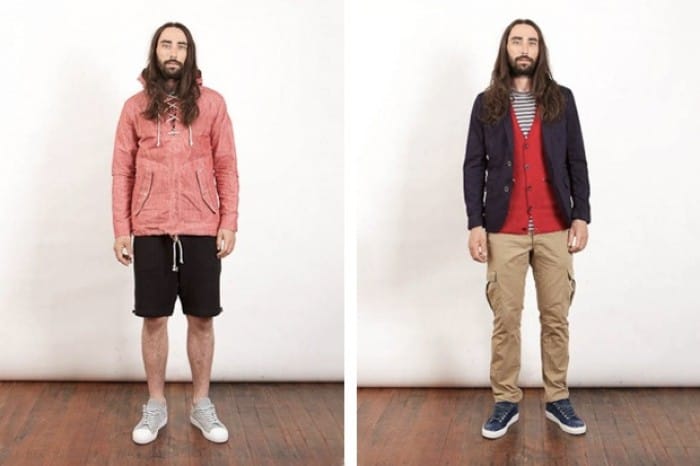 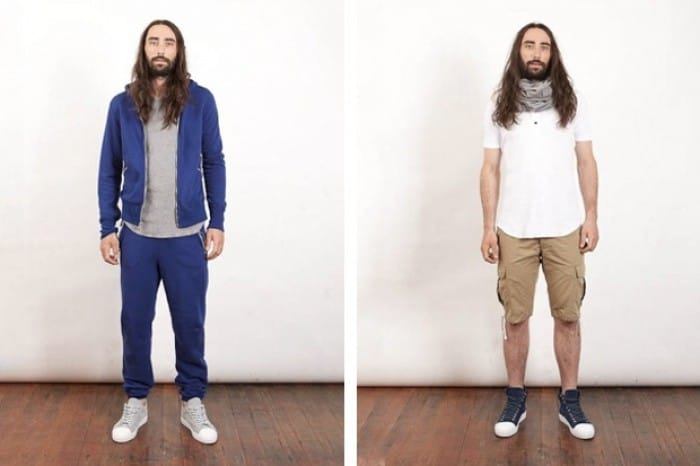 Therefore it would appear that Wings+Horns, is making attempts to bridge the gap between high end fashion and street wear. Taking inspiration from attempts such as Kanye West’s now famous Louis Vuitton sneakers. Wing+Horns are a label enjoying much success in recent times with an emphasis on simple designs and cuts with a twist. Not only is their clothing impressive but also their footwear has been a revelation with simple plimsoles and boots with more traditional yet updated silhouettes. 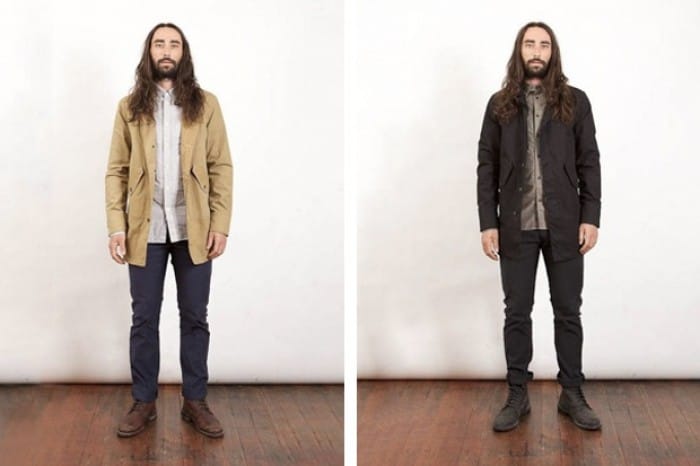 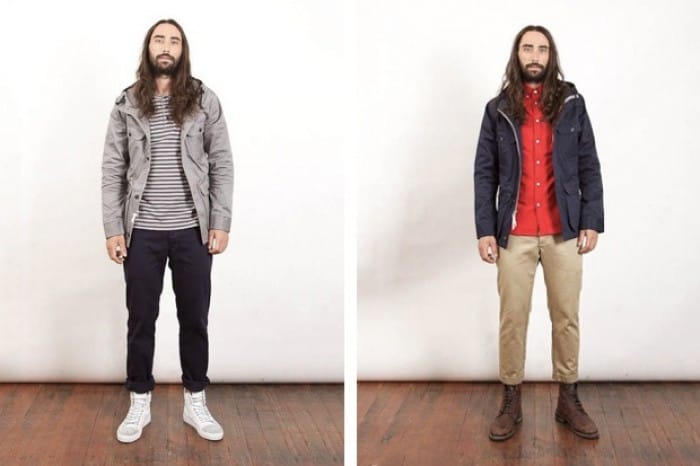 Contemporary menswear brand Wings + Horns integrates its customary classic tailored fits and utilitarian style for this upcoming range. For the Spring/Summer 2012 season, Wings+Horns features lightweight fabrics on its shorts, blazers, sweats, zip-up hoods, and knits in addition to heavy jackets and durable pants. The minimalistic collection builds on the brand’s growing reputation as one of the most reliable and universally accepted brands around.

Wings+Horns will be available from Stuarts Of London 2012