Stetson Hats – Hand Made in the US 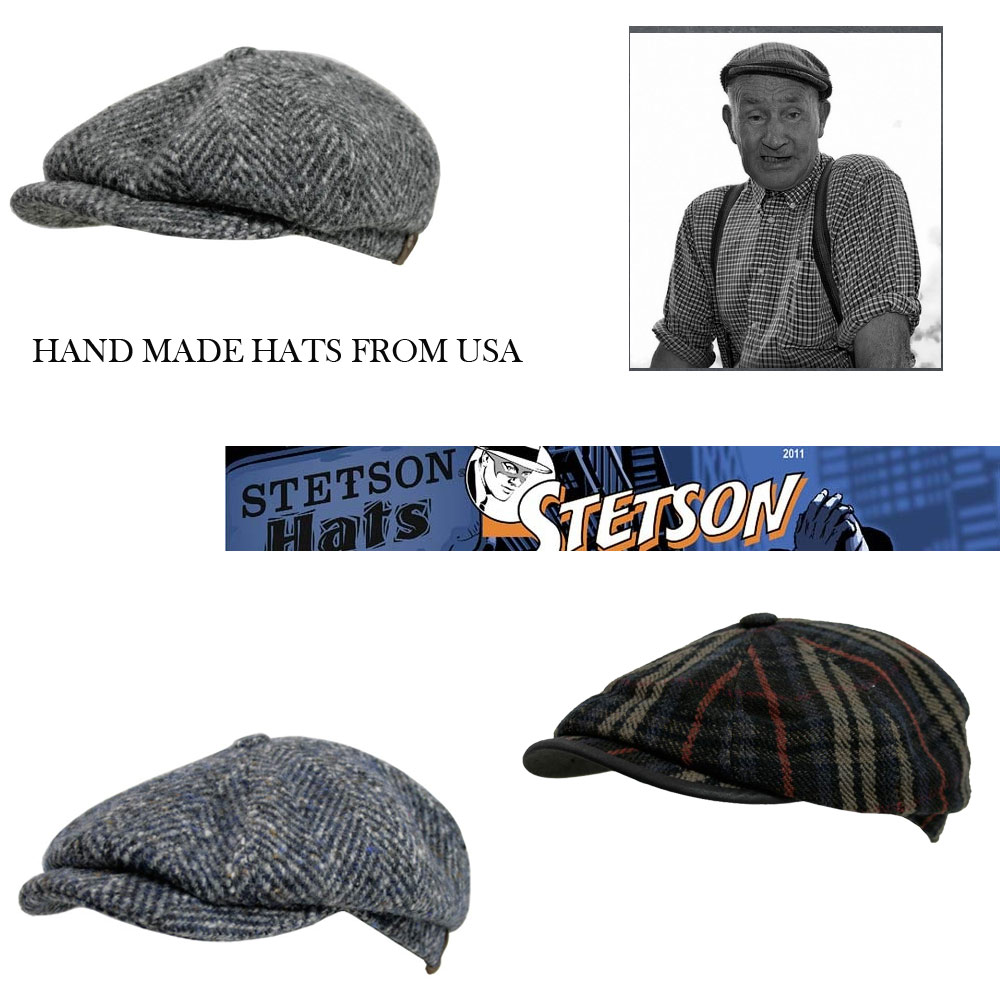 Hand made hats don’t come better than this. Tweed caps , herringbone caps , wool caps Stetson has the lot. We cherry picked a selection form their range that’s right for Stuarts London.  Click Here to check out the Collection Today.

Who’s Stetson?  Read On below:

In 1865, with $100, John B. Stetson rented a small room, bought the tools he needed, bought $10 worth of fur and the John B. Stetson Hat Company was born. A year later the “Hat of the West” or the now famous “Boss of the Plains” hat was born and the name Stetson was on its way to becoming the mark of quality, durability, innovation and beauty.

John B. Stetson experienced trying times in his life but after it all he relied on the one thing he did exceptionally well, making hats. He was trained by his father, a master hatter, and applied his skills and knowledge to a trade that, at the time was not held in high regard. 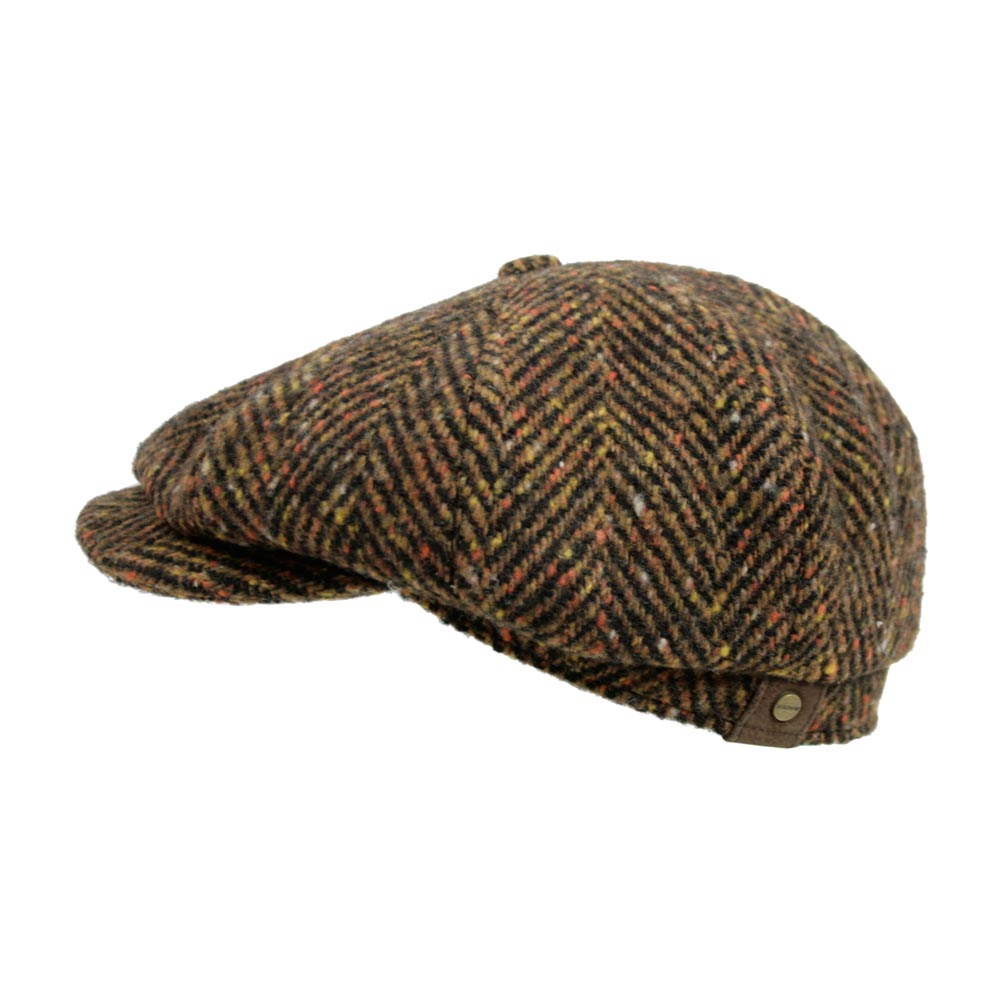 A hatter was seen as unreliable, lazy, or aloof, only looking to make his money and go have fun. John B. Stetson changed all that and built one of America’s most well-known and successful businesses. The longevity and history of the John B. Stetson Company is based on innovation and quality! John B. Stetson led the hat industry his entire career by designing new hat styles for fashion and function. When it came to quality it was his creed and for the past 130 years it has so stamped the product that the name and the word are synonymous.

Today the Stetson hat factory in Garland, Texas is one of the largest in the country and produces a line of hats in hundreds of different styles and colors. In spite of this size, however, classic styling and premium quality remain as the driving forces behind each and every hat. As a result, Stetson hats are the most well known hats in the world. Wherever and whenever hats are discussed Stetson will be mentioned.

Stetson is the standard in hats, the essence of the spirit of the West and an icon of everyday American lifestyle. Because of its authentic American heritage, Stetson remains as a part of history and, for the same reason will continue into the future.

Ok !! So the History but is covered above, We just had a Newsletter from Captain Khaki at Dockers, and letting us know that the Flat Cap is this Season’s Must have trend. the Andy Cap picture above is compliments of Dockers.

Have a read of their News letter about Flat Caps :

Whether you’re a fan of the 1980s British comic strip Andy Capp, HRH Prince Andrew on a hunt or you are adopting the style from your coalmining
grandparents, the flat cap is a must if you want to fit right in this season. Unlike the miners who wore their caps both indoors and out (think of a chap wearing a baggy pair of Y-fronts, stained vest and carpet slippers and you’ll get the picture), the new way of wearing the flat cap this season is with a heavy chunky knit, pair of Khakis (simple straight fit or cargos), a scarf – the kind your Granny would have knitted – and a quilted jacket or tweed blazer – this season is all about layering again.

The popularity of the flat cap is nothing new. The style can be traced back to the early 14th-century, when it was more likely to be called a ‘bonnet’ than a cap. During the 19th-century the flat cap was almost universally worn by working class men throughout Britain and Ireland. Finer cloth examples were also considered suitable for casual weekends spent in the English countryside, especially with the upper-classes (hence the contemporary alternative named golf cap). It was HRH Edward, Prince of Wales (later HRH The Duke of Windsor) and his equally dapper brother HRH The Duke of Kent who began to popularize the flat cap during the 1920s, becoming the must have item for country pursuits for the next 25 years until fashions changed. It can be said that by the 1960s the flat cap had largely vanished, seen only on the bald heads of men in Northern England.

The common stereotype of the flat cap as purely ‘working class’ was never entirely true due to its association with royalty, the aristocracy, politicians and celebrities such as Noël Coward, Rex Harrison and Robert Donat for its practicality and functionality.

The return of the flat cap has been a long time coming. A comeback was first noticed amongst the Chelsea set during the early 2000s, on a Saturday afternoon taking a wander down the Kings Road in their Barbour jackets and coloured chinos or playing the landowner at their sizeable country estates in the Cotswolds. Only when the likes of Madonna, Brad Pitt, Johnny Depp, David Beckham and Daniel Craig began to be photographed wearing them did the craze really take off. A flat cap even surfaced on the bubble head of Carrie Bradshaw in Sex in the City.

However, only now does Captain Khaki see the flat cap in traditional Harris Tweed or plain Midnight Blue, muted Sage Green or Raven-Black  Blackwatch tartan hitting the High Street and on the heads of chaps from all walks of life. Certainly the flat cap is popular for its wearability and unlike most head-gear, can be folded in three and popped in the back
pocket of one’s favourite Khakis.

What more does a fellow need as we heading out of Fall into Winter ?