Hawaiian shirts have a long history in the 50th State. There have been numerous stories, fictions, as well as the odd half-truths perpetuated about the origins of the Hawaiian Shirt, more popularly known as the Aloha Shirt in Hawaii. 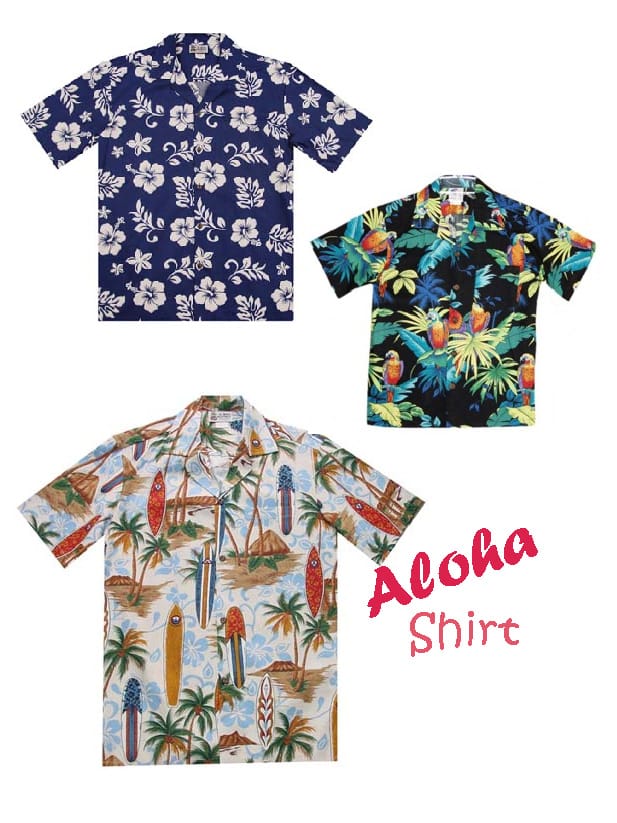 The probable precursor to the modern Hawaiian Shirt was the Palaka Shirt and the Kimono-cloth shirt. The Palaka is a short sleeved shirt with bright geometric line patterns that were widely worn by plantation workers. It has a plaid design, and resembles a checkerboard. Also popular during that time were short-sleeved shirts sewn by Japanese housekeepers and made out of leftover Kimono cloth, designed for Japanese boys and men. 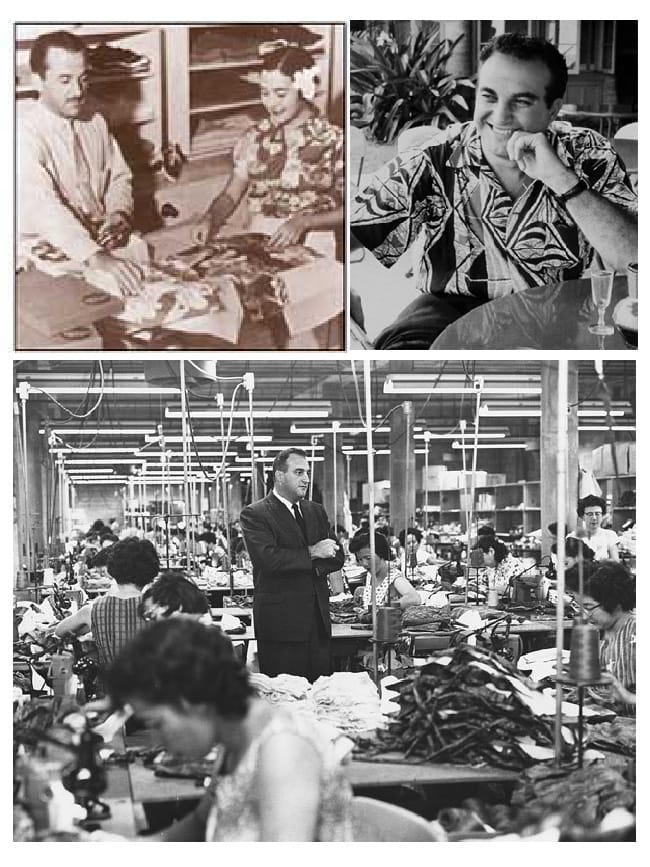 Many attribute the invention of the Aloha Shirt to Ellery Chun, owner of a Dry Goods store in Honolulu who sold the tropical print fashions in the 1930s. However what we now know is that the Hawaiian Shirt had already been in circulation for numerous years, although Mr. Chun had a major role in the Hawaiian Shirt’s proliferation. In an attempt to build business during the Depression, Chun expanded the scope of the store to appeal to a wider audience beyond the Chinese community it primarily served. He and his sister Ethel Chun Lum, began selling bright print short sleeve shirts made out of the leftover material from Japanese Kimonos. 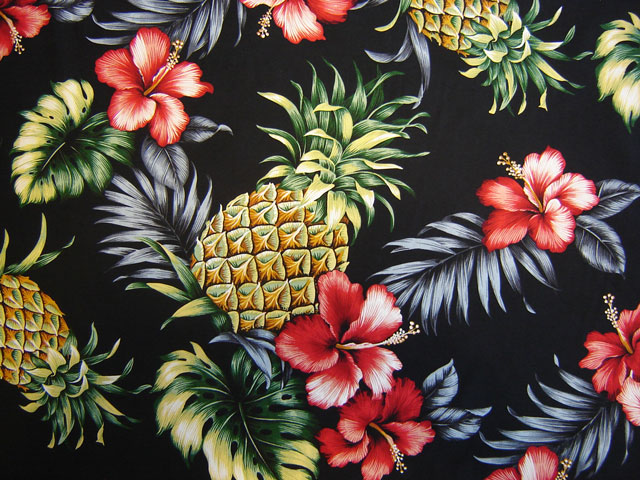 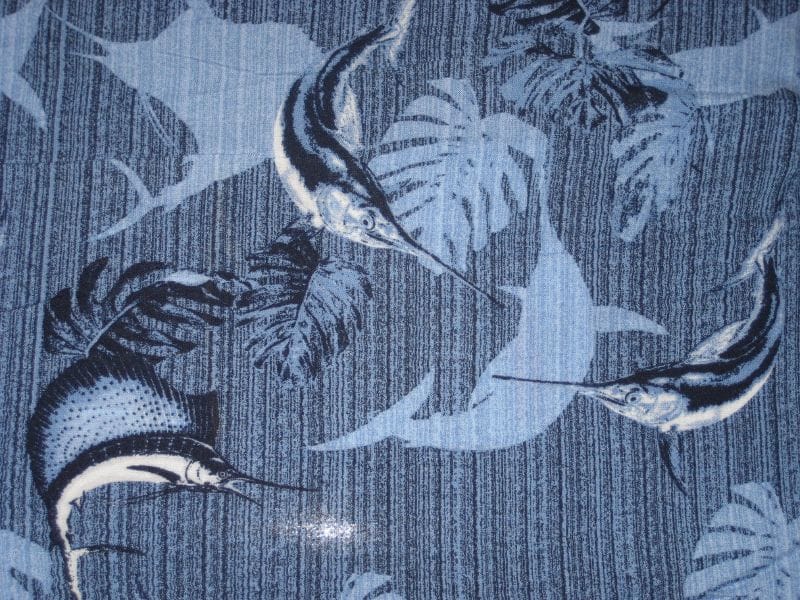 Some of the original Hawaiian prints sold by Chun included designs with Palm Trees, Hula Girls, and Pineapples. One of his tailors would make about 3 or 4 dozen at a time. Local Hawaii residents, and Waikiki beachboys and surfers quickly noticed the shirts and began buying them in ever-increasing numbers. Over time, tourists, Hollywood movie stars, and other rich and famous visitors to Hawaii also began noticing the bright, casual, easy to wear styles, and began bringing styles home to the U.S. mainland. 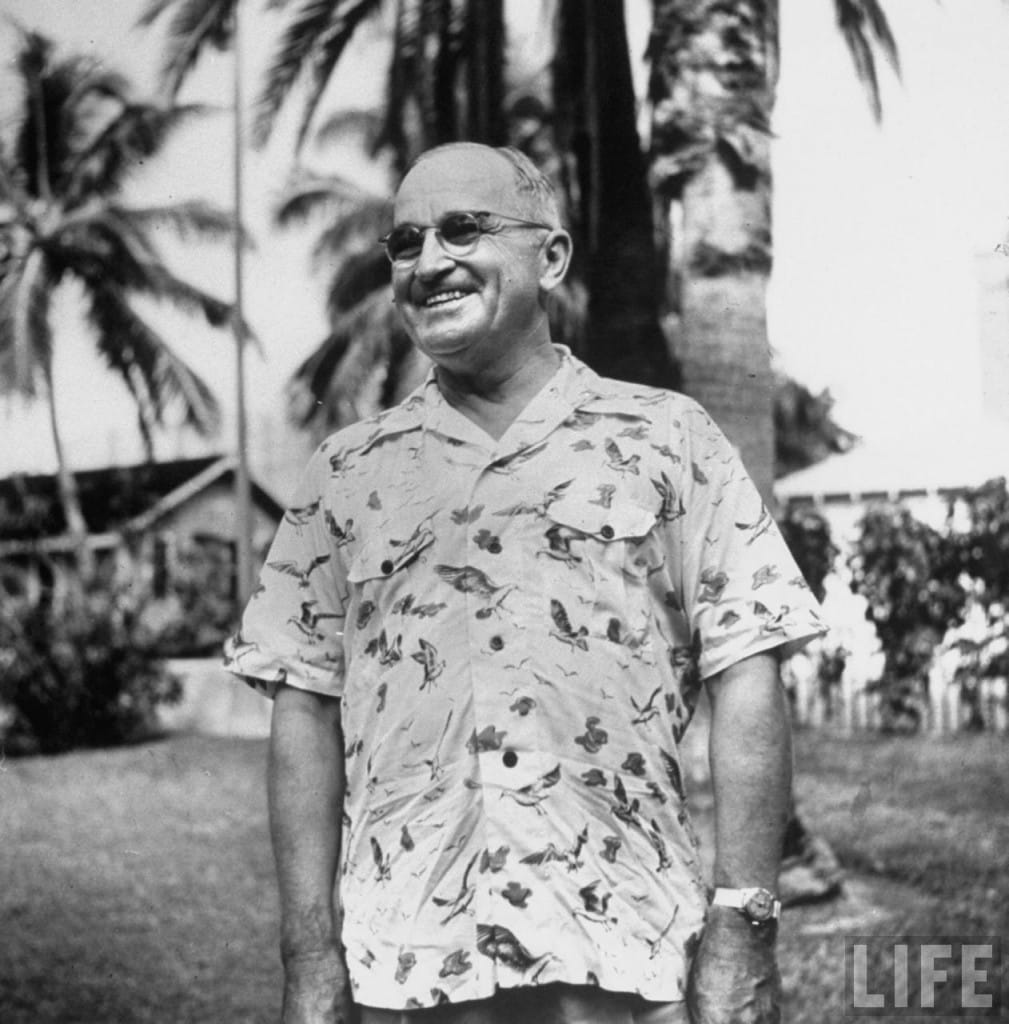 The popularity of the Aloha shirt boomed in the United States after World War II as major celebrities sported the Hawaiian wear. President Harry S. Truman wore Aloha shirts regularly during his tenure in the White House and in retirement. The cover of Life Magazine, dated December 10, 1951, featured a beaming President Harry Truman wearing a Hawaiian shirt for a story entitled  The President of the United States. John Wayne and Duke Kahanamoku endorsed major designer labels. 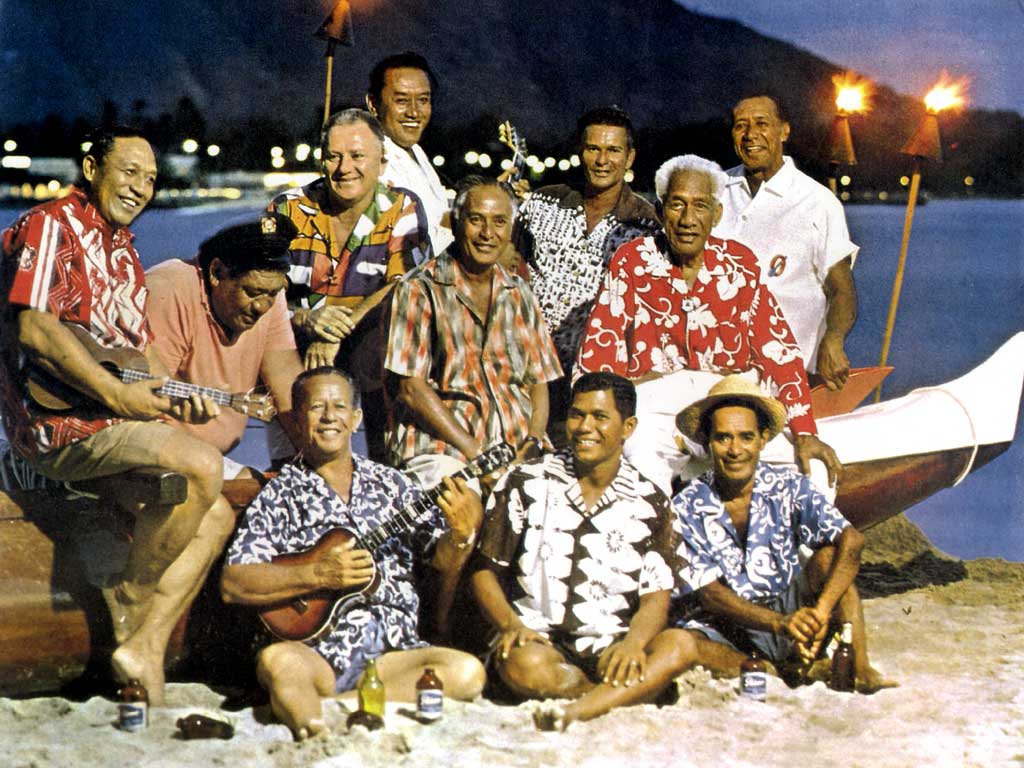 Bing Crosby, Randy Newman and Jay-Z entertained while wearing them. To name but a few. 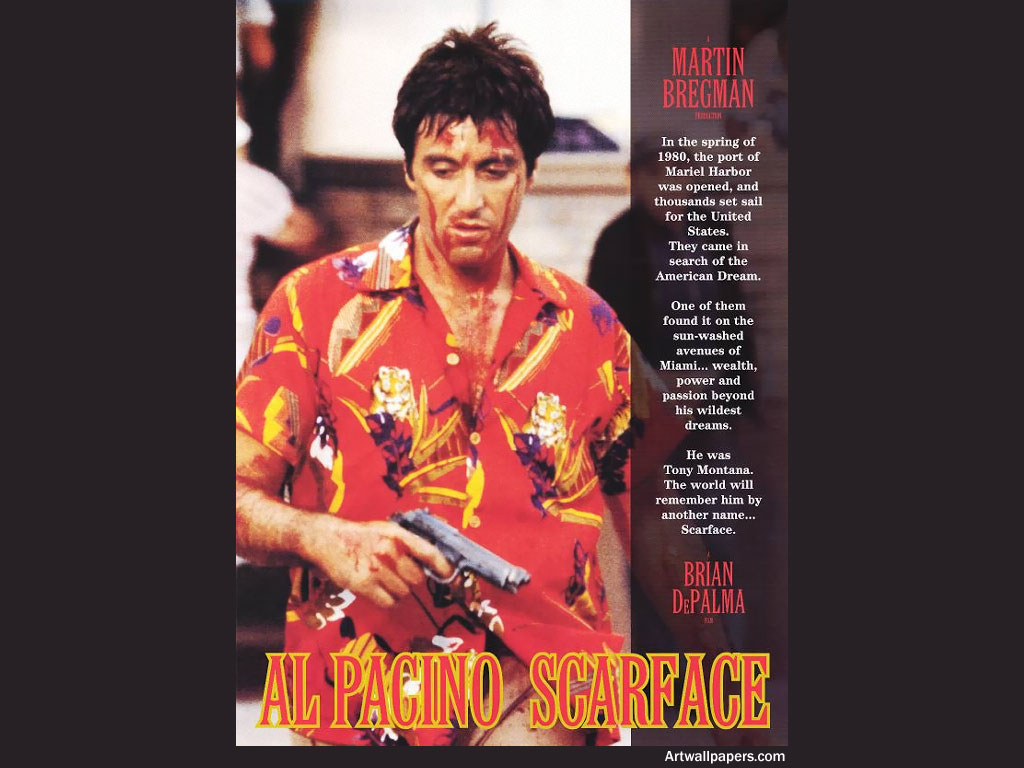 Elvis Presley wore a Shaheen-designed red aloha shirt featured on the album cover for the Blue Hawaii soundtrack in 1961. 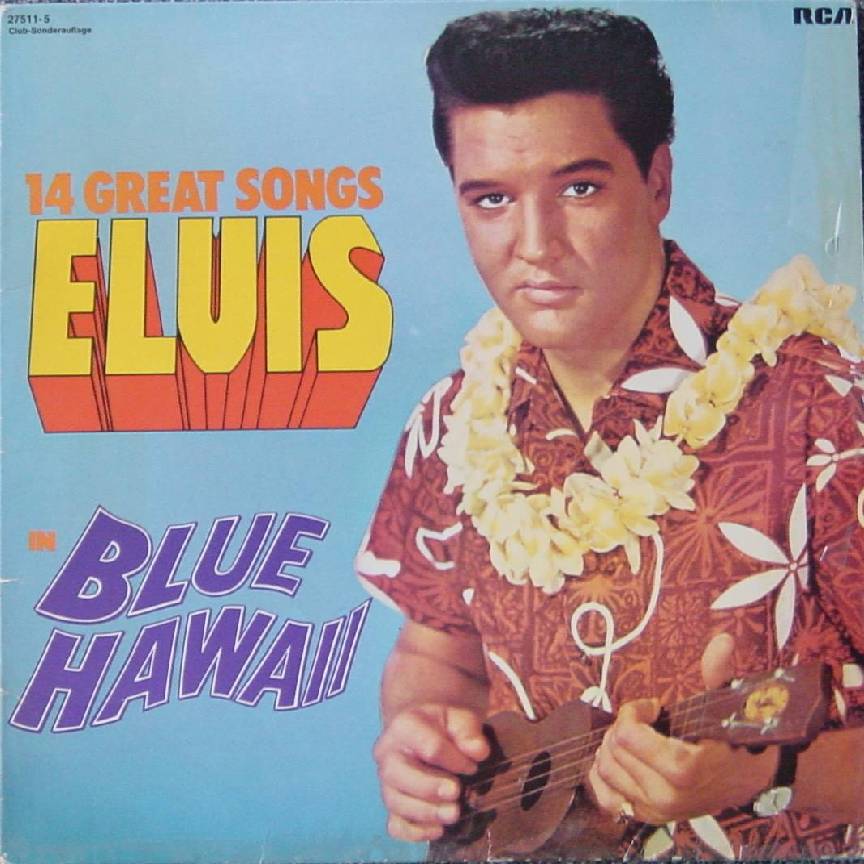 After World War II, many servicemen and servicewomen returned to the United States from Asia and the Pacific islands with aloha shirts that had been made in Hawaii since the 1930s. Tourists began flocking to Hawaii in the 1950s as faster airplanes allowed for easier travel. By the 1950’s, the Hawaiian Shirt had blazed into prominence. In August 1959 Hawaii became the 50th State of the U.S.A., bringing the new Aloha State even more attention, and most significantly, even more tourists! 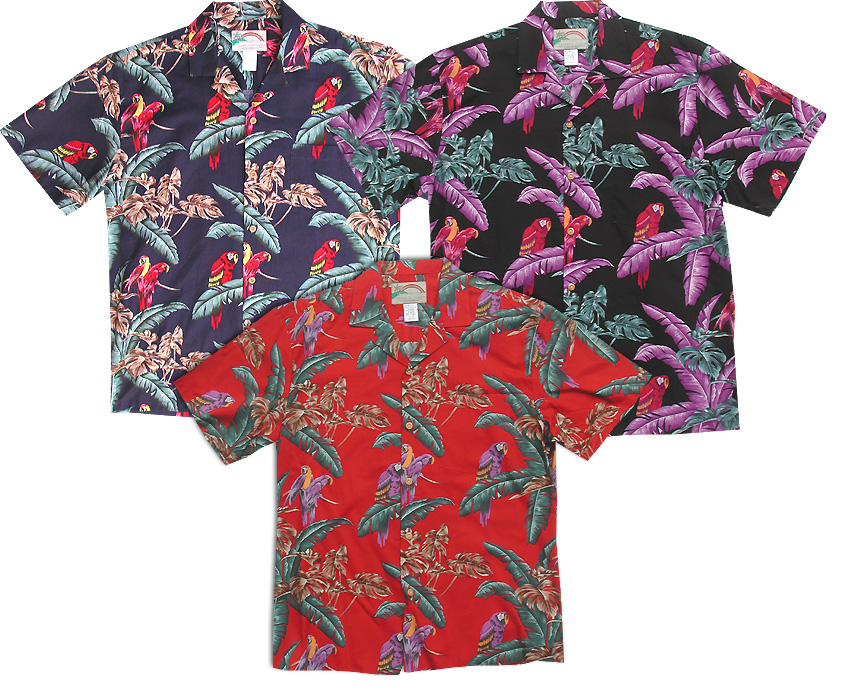 Aloha shirts have also become a highly sought after collector’s item. They have a loyal following, with vintage Hawaiian shirts sometimes being sold for thousands of dollars. The most sought after Aloha shirts from the 1930s through the 1950s are the large percentage of Aloha shirts from that period made of rayon,  since that fabric is the most comfortable to wear in warm weather. Today the Hawaiian shirt remains a firm favourite with fans of Tiki Lifestyle and should be worn loud and proud. Todays generation of stars are happy to sport these Hawaiian shirts, whether in film or casual. 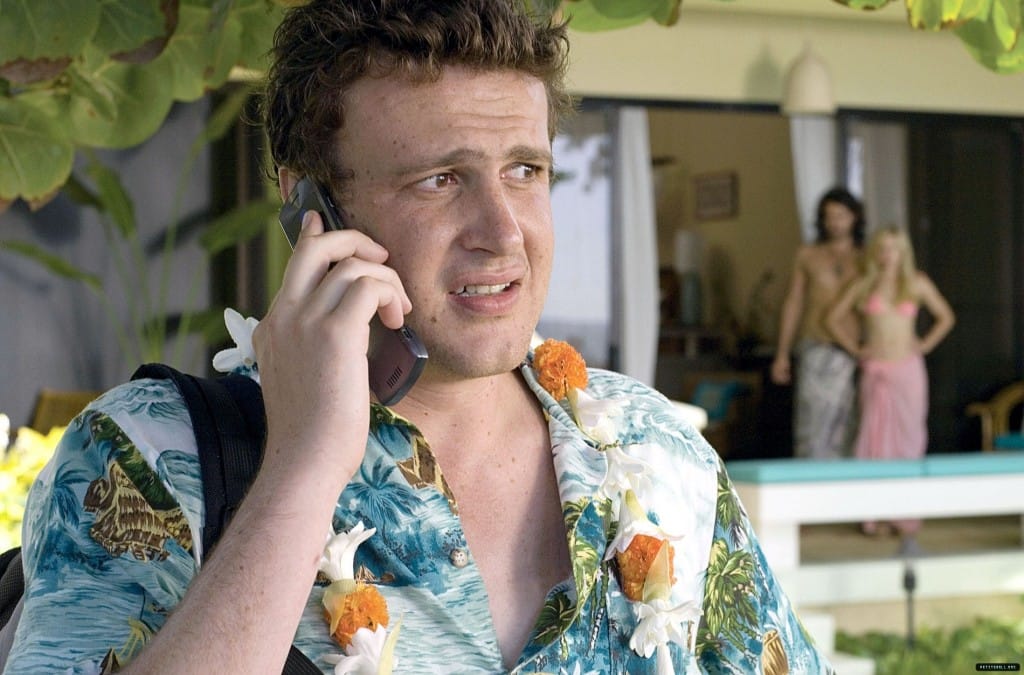 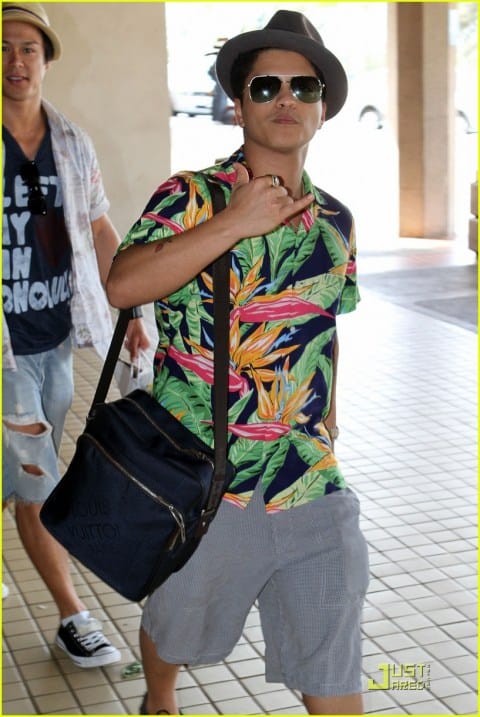 This Jungle Bird shirt was made famous by Tom Selleck, in the 1980’s. A  Hawaiian detective in the television series, Magnum P.I. The Original Magnum P.I. red Jungle Bird shirt was presented to the Smithsonian National Museum of American History on Wednesday morning, June 22, 1988. The Jungle Bird shirt, two blue Detroit Tiger baseball caps and the gold naval insignia ring worn by Tom Selleck now reside in the Smithsonian’s collection of American Entertainment memorabilia. Paradise Found, the Honolulu clothing company, makers of this shirt, have sold more than 225,000 Jungle Bird shirts since 1981. And where’s Magnum now? I know where he is. He went to being a Navy seal. If they do a movie, they should do it when he gets out of the Navy and tries to back to his life in Hawaii. 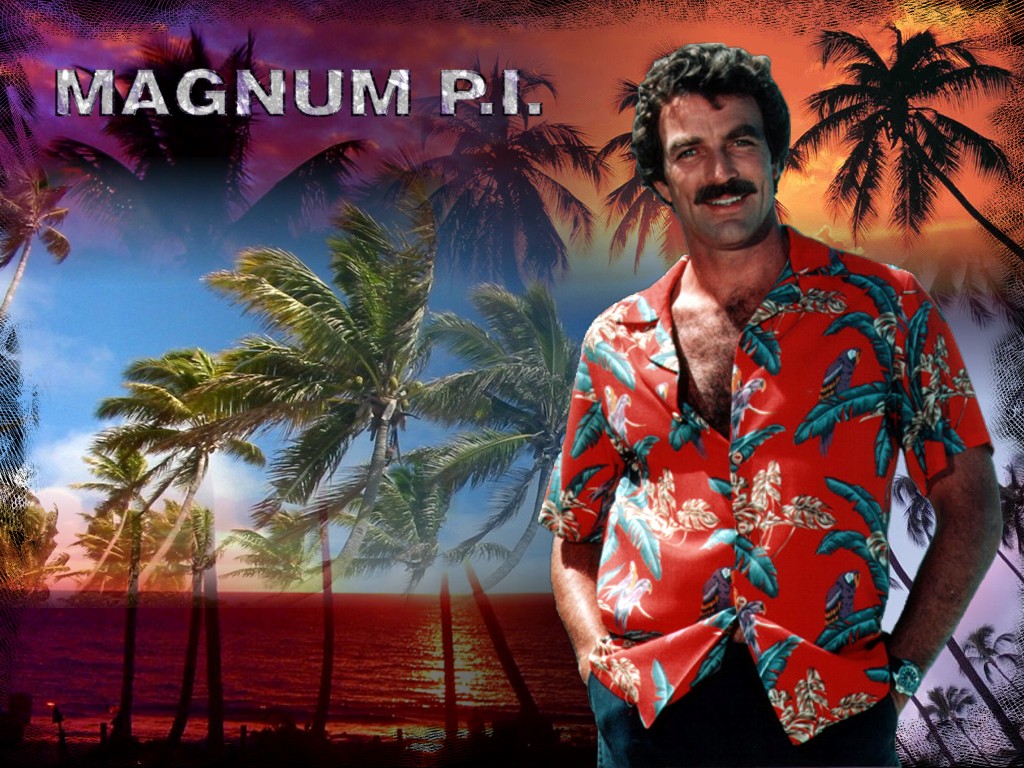 The collection from S/S 2011 which had its roots firmly and unashamedly in the Hawaiian trend.  The shirts didn’t just feature traditional Hawaiian hibiscus prints, they also featured full-on Hawaiian scenes; with palm trees, beaches, surfers, sun umbrellas and crashing waves in more muted, pastel shades of green, pink and beige. The collection also included an adventurous floral print blazer and trouser suit, and for the more cautious of you out there, simple checked shirts with Hawaiian print lining peeking out of the rolled-up sleeves. 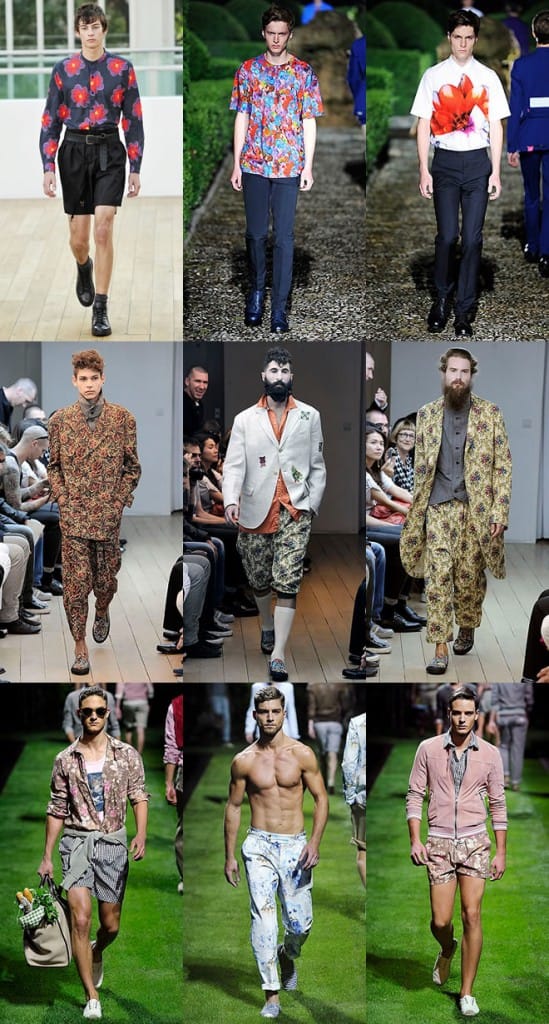