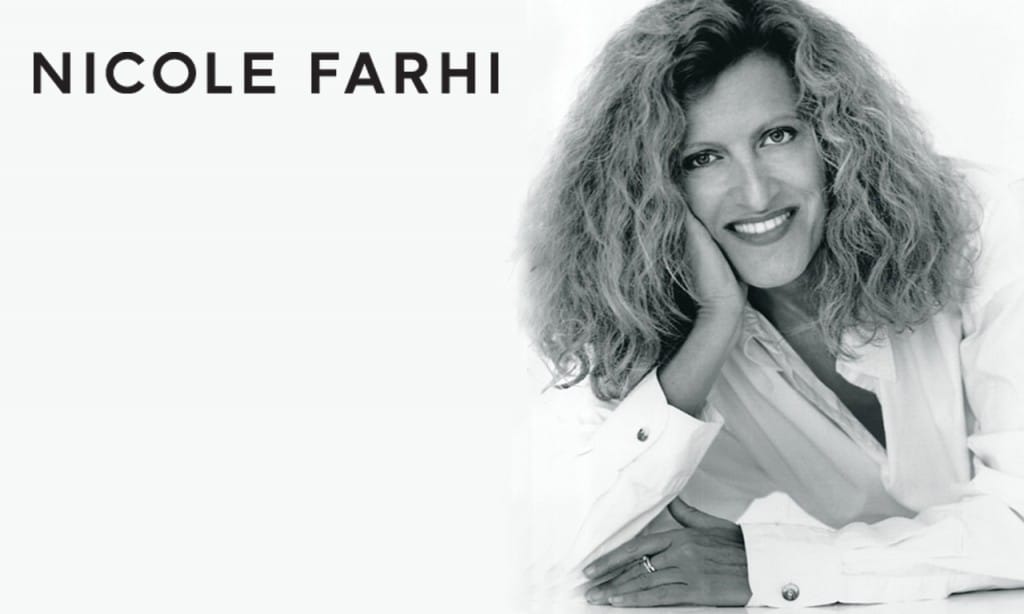 Nicole Farhi’s was born in 1946 and is a French fashion designer of Turkish descent. She started her career as a freelancer in Paris, before moving to London in the 1970s to work with Stephen Marks on his French Connection label.  Their professional relationship resulted in a personal relationship, and they had a daughter before separating. She is now based in London. 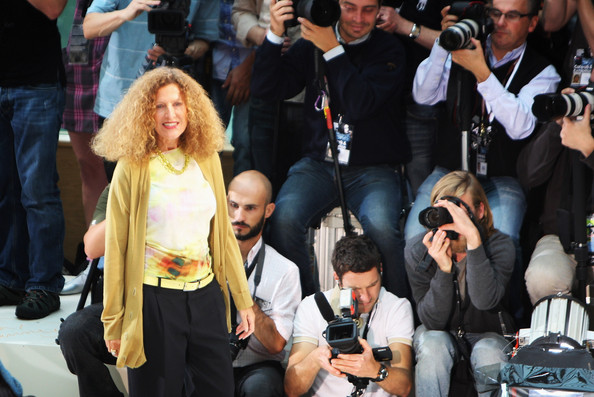 It was Paris was where she wanted to go to study, where she had spent summer days with her Turkish aunts, whose style was so different from her mother’s. Her mother only ever wore trousers and shirts, and a sweater. Like a boy, so she gave Nicole a certain rigour in the way she sees fashion. Her Turkish aunts were the opposite. They loved feminine clothes, makeup, her mother never wore makeup,  a bit of lipstick and her aunts, they dyed their hair, they loved jewellery, and high heels. They took her to her first couture show Balenciaga when she was 16. And then Yves Saint Laurent. The Turkish tradition her family came from, and her particularly Orthodox grandfather, did not expect women to work – her mother was the first who had. She wanted to study painting and sculpture, but the art schools were too close to home; instead she applied to be a fashion designer. She arrived in Paris in 1967, to turmoil and excitement and the cusp of change, and the next year she marched with other students. It was uncharacteristically political behaviour, and she soon became subsumed into a freelance designing career with Pierre D’Alby, an Italian childrenswear company called Veste Bimbi and Lee Cooper jeans, making frequent trips to London, to Carnaby Street, Kings Road. 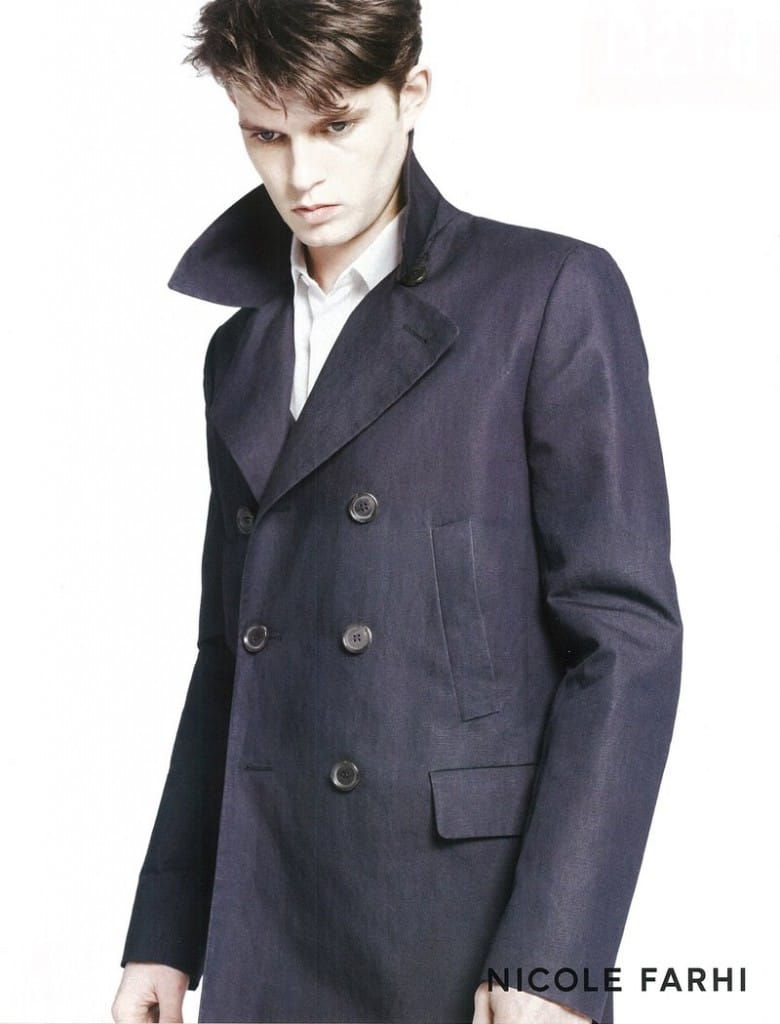 In 1982, she and Marks created the Nicole Farhi fashion label within the French Connection group. Nicole Farhi for Men was launched in 1989.  In 1994 Nicole Farhi’s flagship Bond Street store opened featuring her now famous Nicole’s restaurant in the basement. In early 2009 she launched two perfumes for men and women followed by the launch of the Nicole Farhi ecommerce site. Her designs are synonymous with a certain Mediterranean sensibility. Nicole Farhi is one of the most successful and admired British designers of all time. Farhi has been creating exclusive yet wearable clothes for women and men for over twenty years. Her unique brand of easy and functional tailoring in luxurious fabrics has made her a favourite of men and women who want designer clothes that transcend fashion. 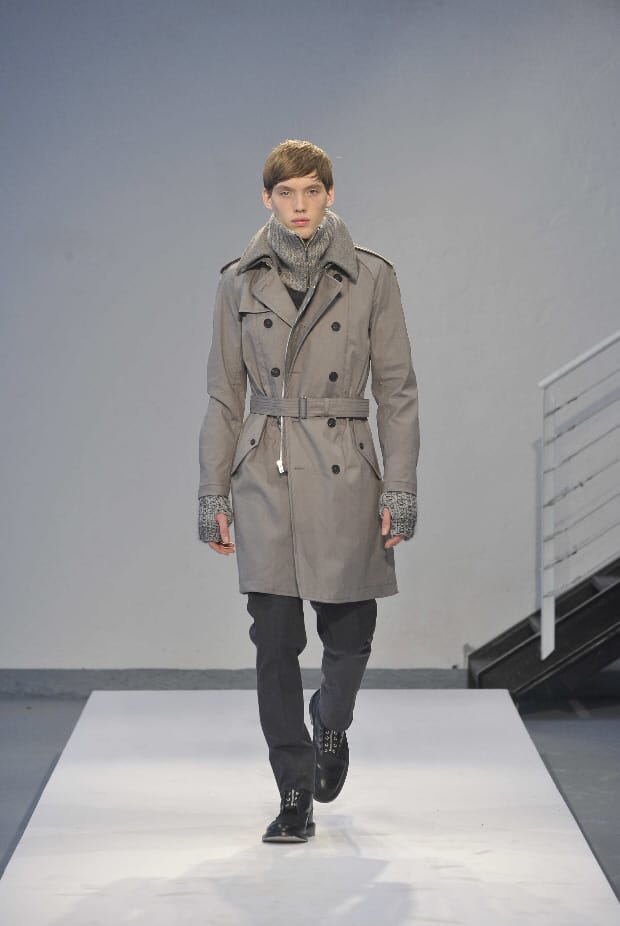 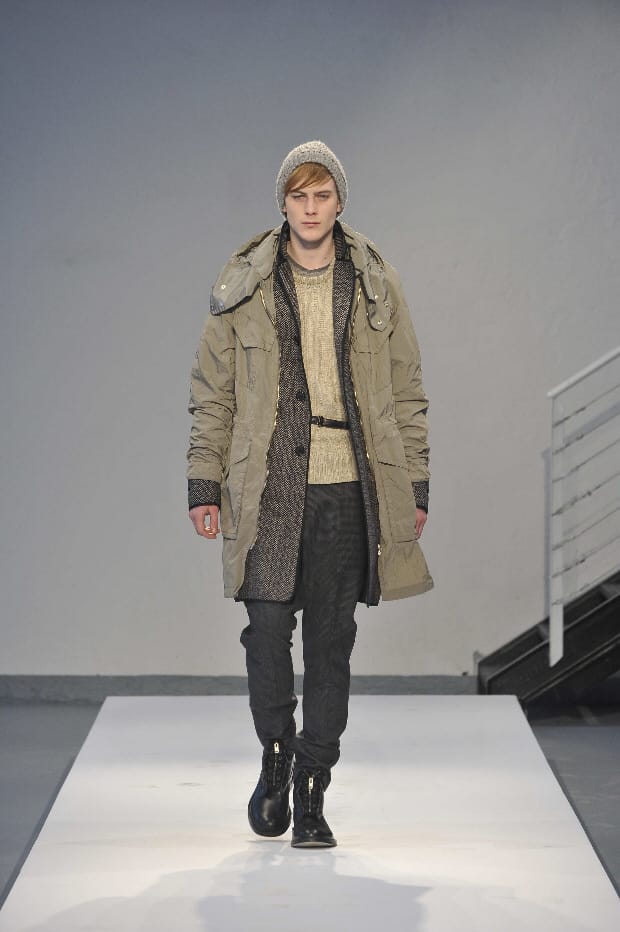 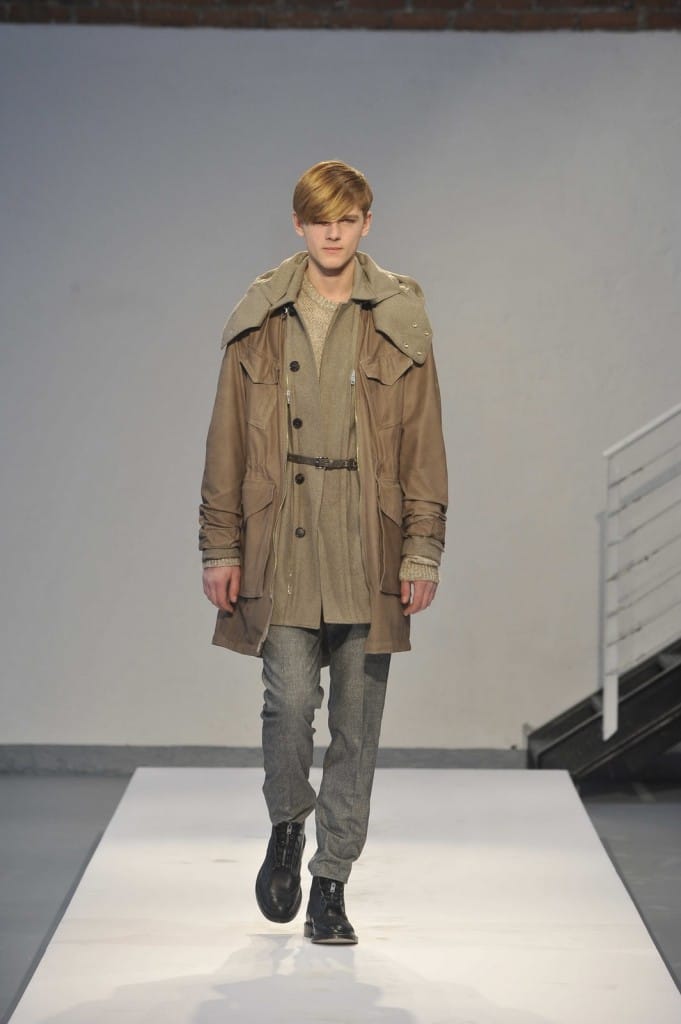 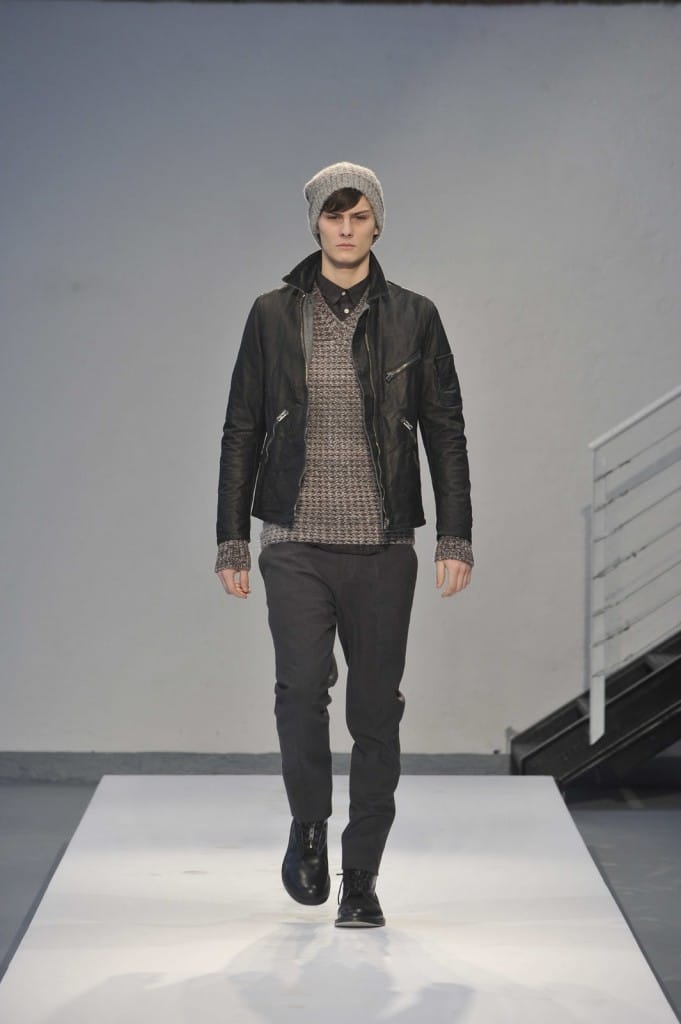 In his first collection for the label, Massimo Nicosia took some of Nicole Farhi’s signatures – linen, soft tailoring, and knitwear – in a fresh direction, combining them with harder-edged fabrics and finishes for the cold winter months. In his quest to transform knitwear into outerwear, Nicosia coated linen sweaters with bonded jersey and paired shirt weight linens with felt for jackets. He gave wool a weather-proof finish, too, fitting coats with lightweight, detachable nylon shells and mixed tweed with linen to give jackets extra heft and protection. 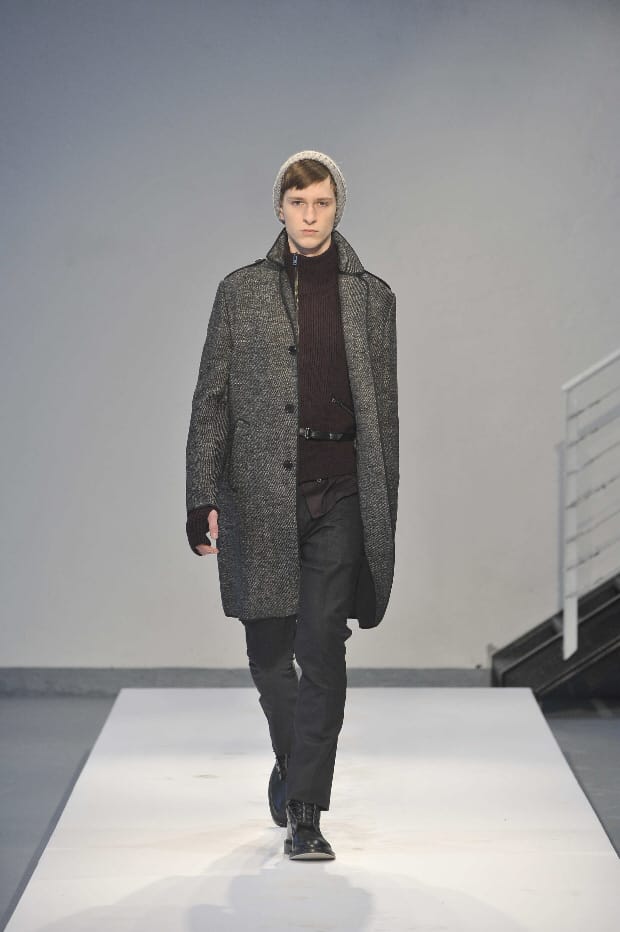 Outerwear combines bonded leather with wool and dense linen, and is moulded into iconic shapes such as the Crombie and the trench.  Melton wool coats, over-laid with detachable parkas in soft stone leather and waxed charcoal linen. The technique of fusing fabrics is also used in a leather parka bonded with linen, linen knitwear with needle-punched wool, and cable knitted wool jumper and pea coat with technical interlining. Luxurious texture is created with cashmere, alpaca and leather knitwear in rich ones. 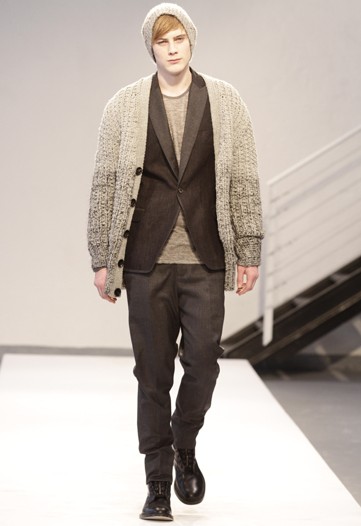 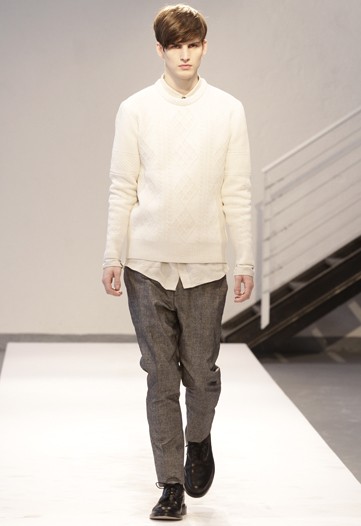 Traditional British textures such as Donegal tweed, Houndstooth and Herringbone are worked unexpectedly with linen into outerwear and tailoring. Detailing takes its inspiration from the sartorial traditions of Saville Row, to create sharp silhouettes with a soft construction and continental styling.  The colour palette, inspired by the figurative painter Egon Schiele, of grey, charcoal and black is punched with indigo and cassis, olive and tobacco. 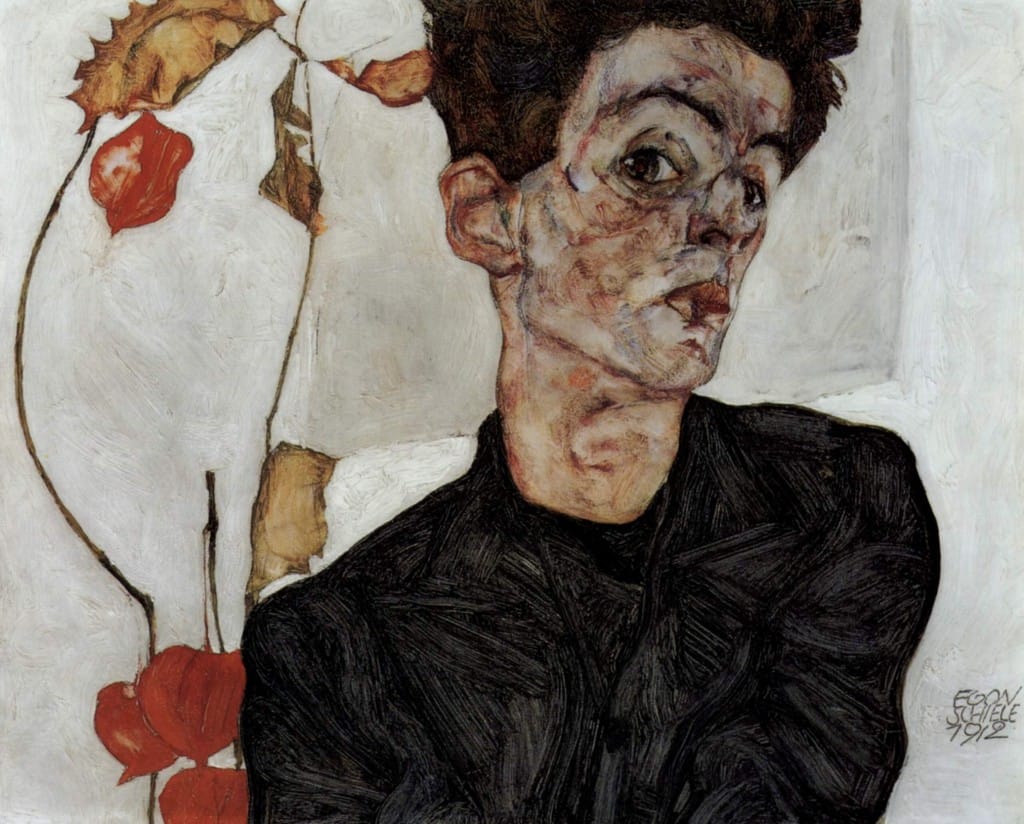 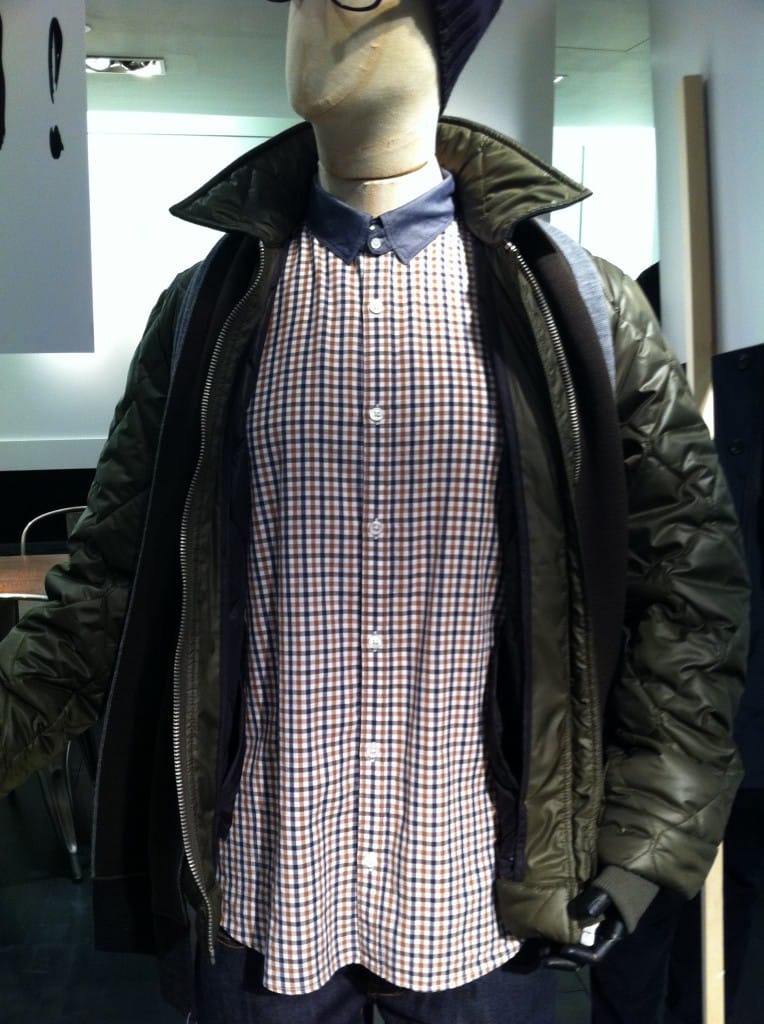 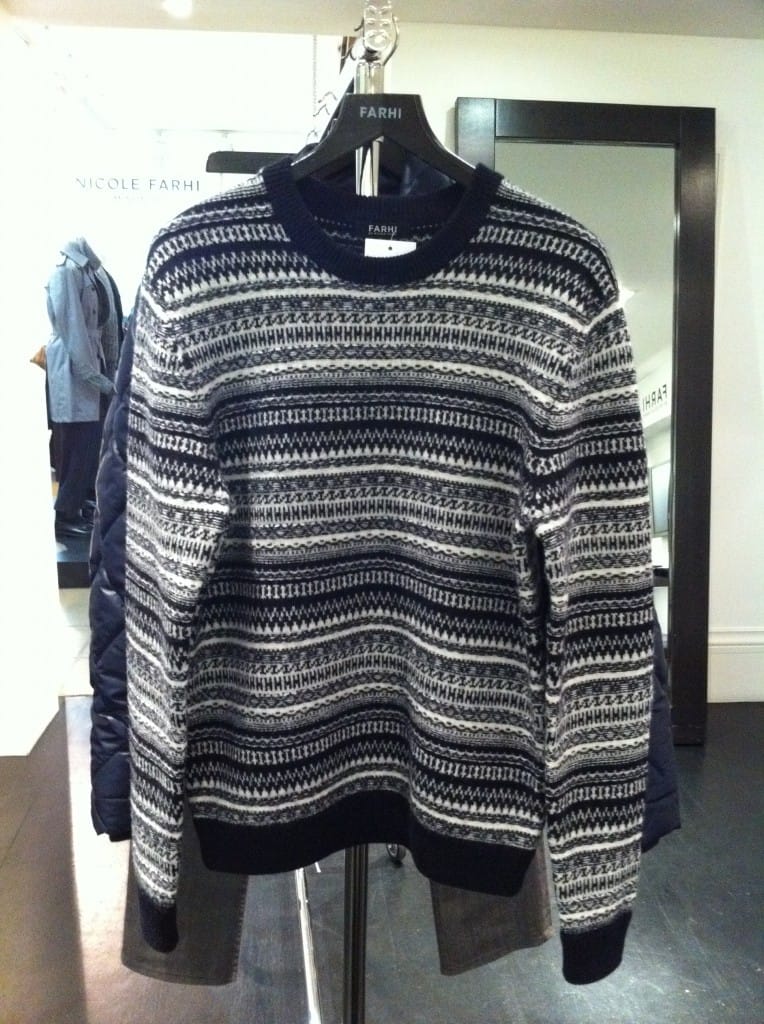