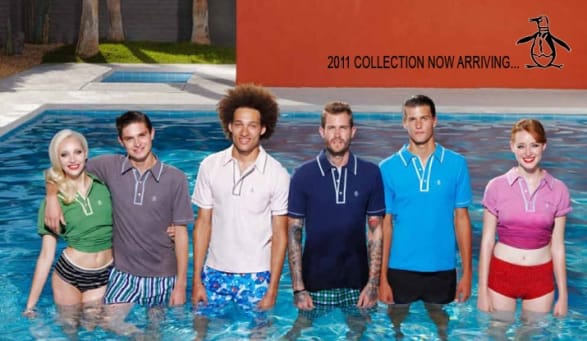 Abbot Pederson a salesman and enthusiastic golfer working for Munsingwear in America was killing time in NYC in 1955 before a meeting and on a whim bought a stuffed penguin he saw in a shop window. Affectionately naming him Pete, he took him to the meeting. The cocktails flowed on the flight home and enthusiasm getting the better of him, Pederson managed to knock poor Pete’s head off. With the help of the seductive stewardess Pederson removed his tie and wrapped it around the penguin’s neck, saving him from a life without head. She unknowingly joked such a dapper bird ought to be immortalized.

After the meeting, artist Birnbaum returned to Chicago and within 24 hours had sent sketches of a proposed logo to the Munsingwear executives. The new logo was adopted; the shirt hit the market at $5.00 and was successful. 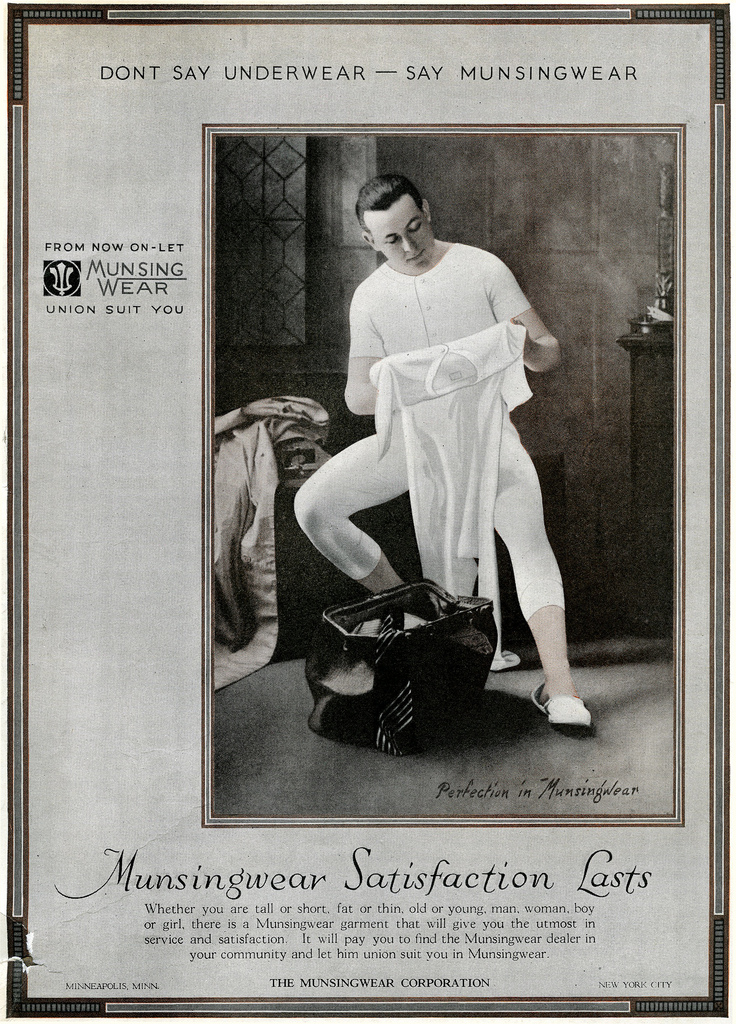 On his return to Minneapolis, Pederson, a keen golfer, wasted no time tallying his interests. And so the Munsingwear golf shirt was born. Even in 1955 it was ahead of its time. Known today as “the 55,” it represented not only a relaxed and sophisticated lifestyle but was to become the cornerstone of an entire fashion movement. 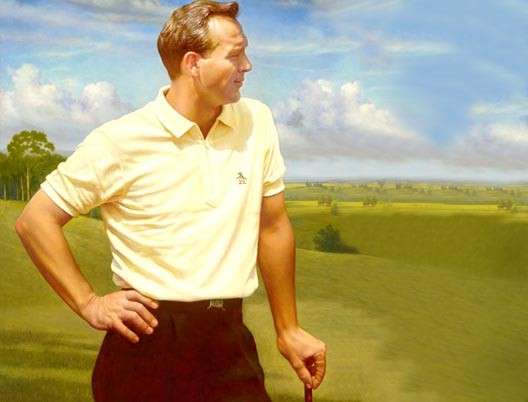 Pete’s profile became instantly synonymous with the era’s most iconic and talked about celebrities: Form had met function, and before long, golfing events became a sea of Original Penguin 55 Polos. Arnold Palmer, Jack Nicklaus, Bing Crosby.  Original Penguin, casual elegance, and golfing were forever interconnected. The ‘55’ had indeed surpassed substance, surpassed style and the ‘55’ was now a symbol of Americana, of post-war freedom and prosperity.

Frank Sinatra, Dean Martin, Clint Eastwood Also worn by the likes of Richard Nixon this golf shirt became a symbol in suburban leisure until well into the 1980s, to name a few. Original Penguin had become a true American classic. Such is the appeal of the brand today such superstars as Brad Pitt and recently split rock legends Oasis wearing the label. 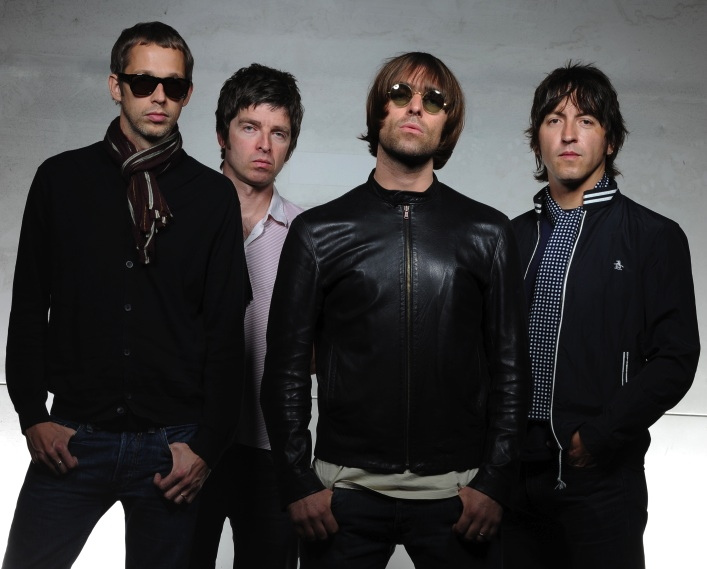 In 1996 the brand was bought by Perry Ellis International and a new sportswear collection was released in spring 2003. Penguin’s archive of mid-century classics was reworked to reflect today’s lifestyle without compromising the heritage or craftsmanship that had made Penguin’s name.

Today, with Original Penguin stores dotting the globe and sold at exclusive luxury retailers, bigger and better than ever, presiding over a full lifestyle brand that now includes suits, watches, bags, belts, hats, shoes, and women’s and kids’ collections. Since Original Penguin has been at the top, since its re-birth in the early part of the 21st century with signature pieces like the Original Penguin Earl Polo Shirt with its ever expanding colour range leaving the consumer eagerly awaiting that next big new colour.  All in all, not bad for a stuffed penguin called Pete. 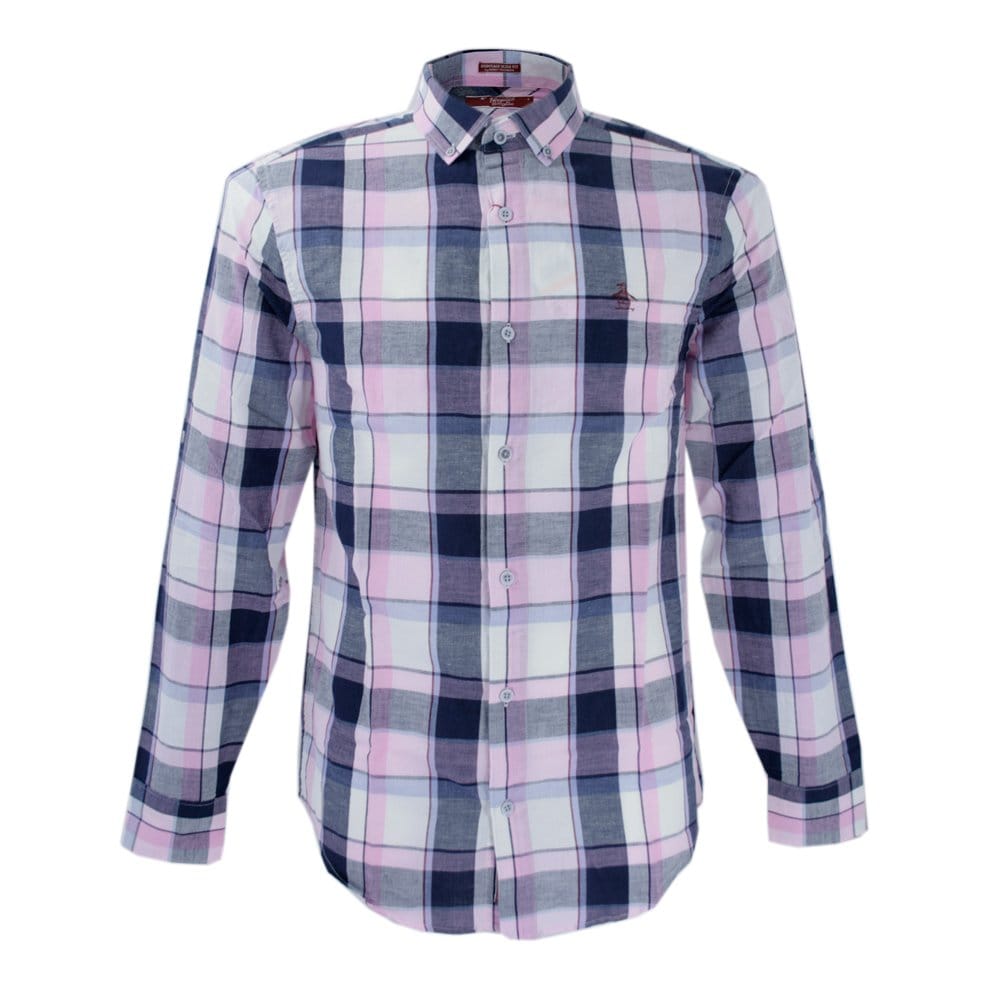 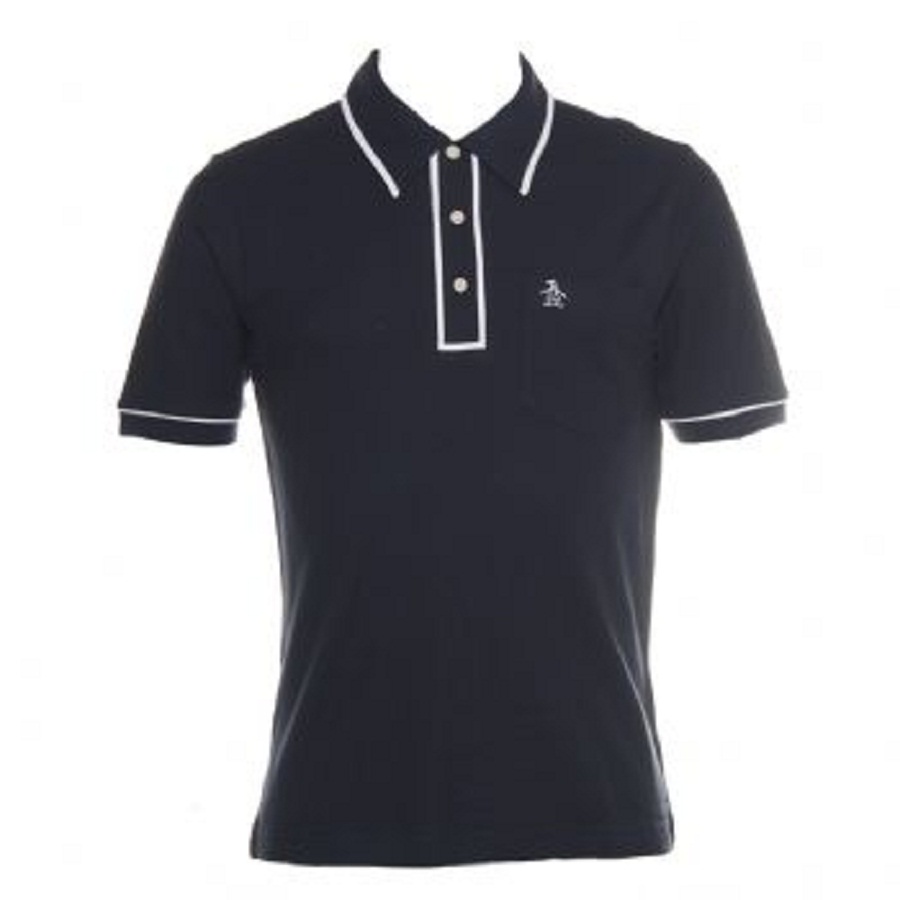