Morning Out with the Buyer : 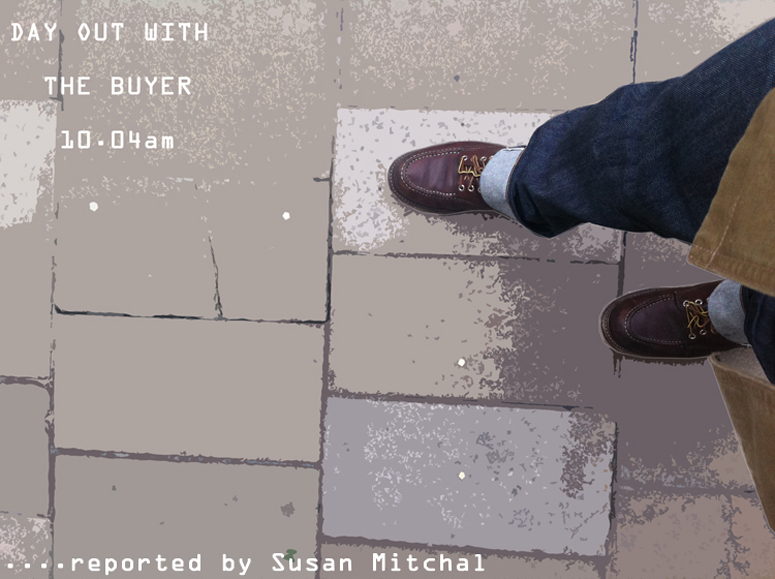 10:04am – ‘Stuarts London Buyer’  sets off for a meeting to view a new collection. Common People.

“Common People” is a brand that isn’t about following the usual trends, instead the designs have been referenced back to the 60’s. The connection to the likes of Steve McQueen, Crosby, Nash, Young are all names given to the footwear. Each an iconic style and with heritage.  The Buyer happily informs me.

(Sorry to keep saying ‘The Buyer’ , but he didn’t want his name mentioned. All very top secret …lol  I am gonna dub him as TB  )

After a couple of coffee’s and walk around the shops for an update on latest colours and trends. We head off to Shepherds Bush Underground. 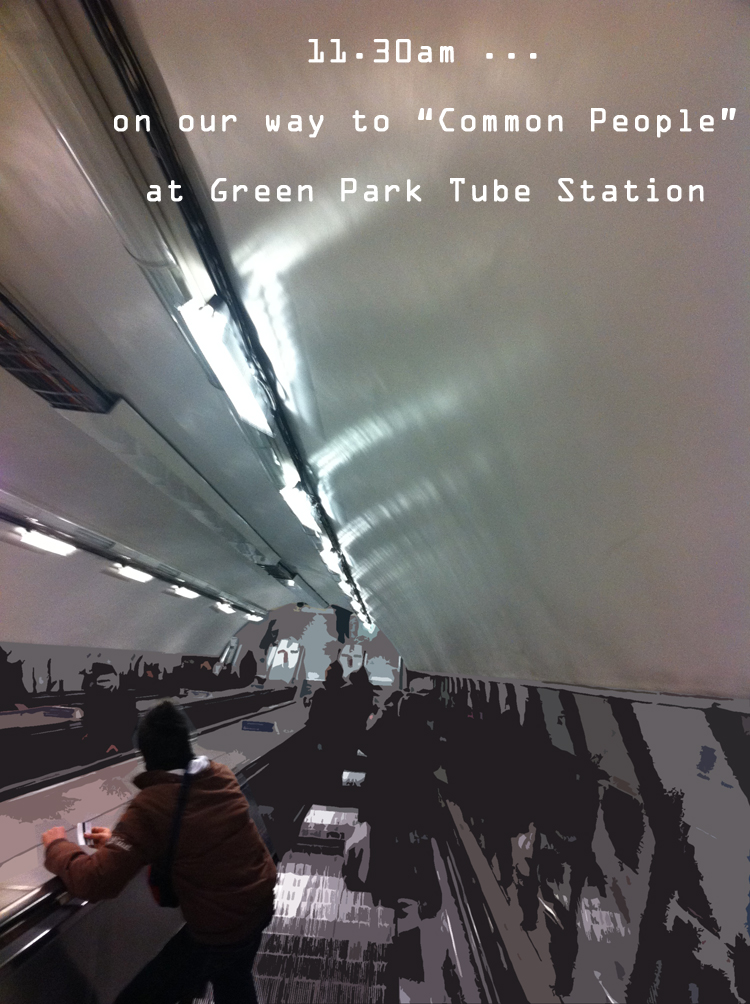 With a few more pit stops on the way , we arrive at Green Park Station. ” we’ll cut through from the road across The Ritz” …  say TB , without even looking back and pouncing out of the Tube.

Half way up the escalators and he looking back to see if I have caught up with him.

The Ritz?  wow,  now that’s a good place to be walking around , the glamour of the whole place is just so Fashionable ..

Heading down a side street into Berkley Square, walking past some luxurious Bentley’s we soon arrive at Curzon Place. A Small Swanky Hotel in the heart of  Mayfair. “Quick I got a tight schedule today” says TB. All work and no play, no time to even soak in the surroundings . We walk into small room greet Andy MaGill  the television set is playing the Steve McQueen Film that TB mentioned earlier to me in the train “Bullet”,

A little bit of small talk and TB was straight into what he needed to know. Confirming the quality of each peice that was being selected. “we got to make sure the product is right for our customers” say TB looking back at me. The collection of footwear was great, with a new style called Dylan added to the brand which was based on a design worn  by Steve McQueen. ( A really nice and clean style, full suede upper with a chunky crepe sole) I was getting the mood of the brand, the 60s slick look, slim chino’s and fitted chambray shirt. 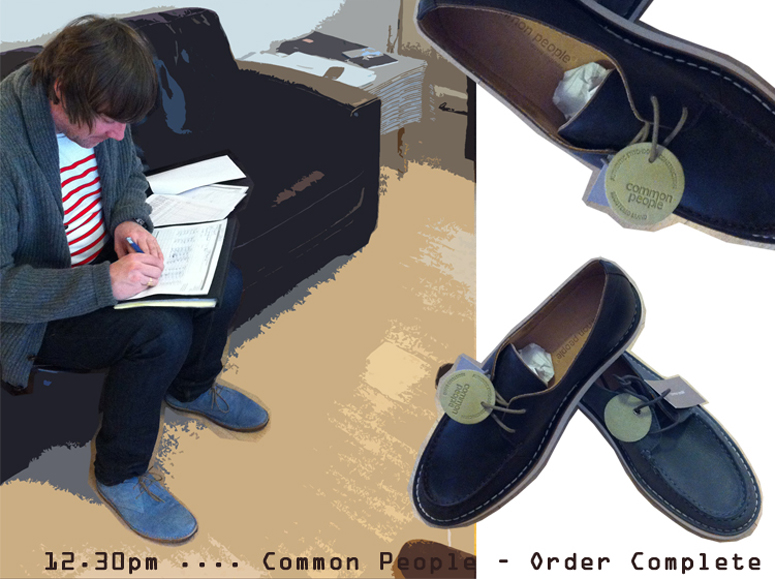 “Common People” as an outside opinion is a brand that really wants a piece of the Luxury Market. From what I heard about the brand , they are focusing to be part of only the best of the best shops and stores in the UK. With the introduction of Clothing for Next season . All of which is Made in England. The quality was a very high spec and most of the garments are actually being made in the same factory/workshops used by Nigel Cabourn , Oliver Spencer and like. The Donkey Jacket was one which I personally loved and thought was simply amazing with a price tag of £350 it wasn’t really that expensive. I have seen loads of overpriced brands around that try and cash in on their name and lack quality. Common People was the opposite. There were no logo’s and fancy artwork, it was just about the product, design and quality of build. A true “Engineered Garment”. 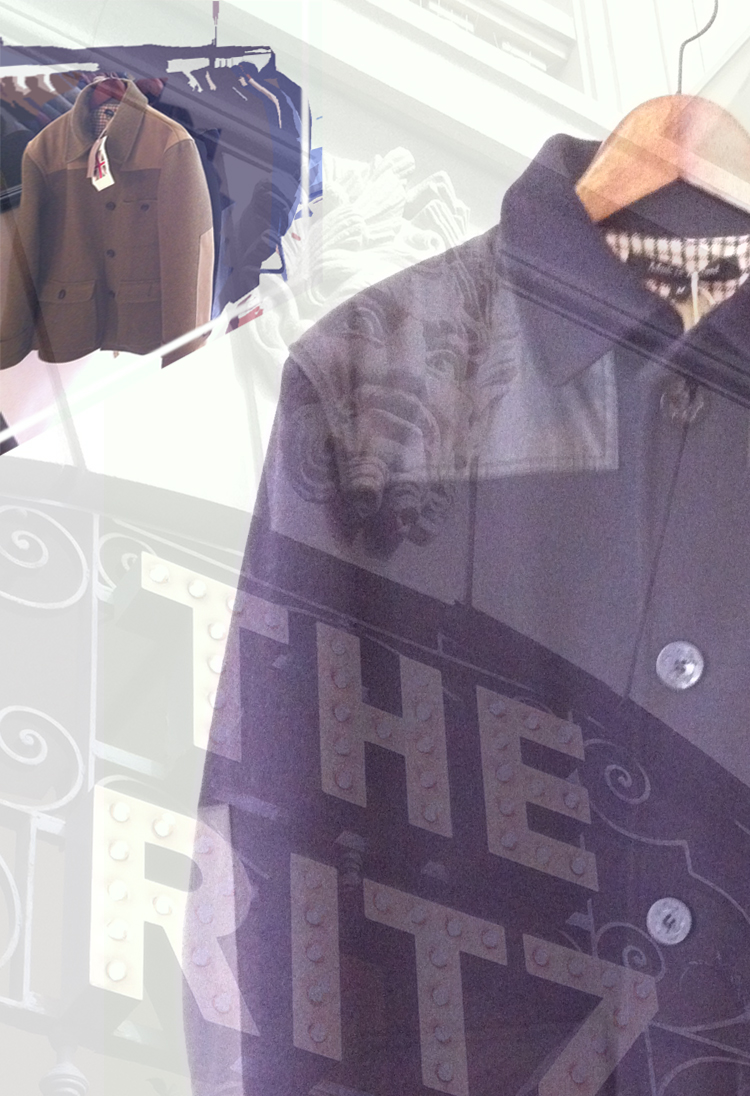 TB – takes his photographs of each style he selected and places his order. 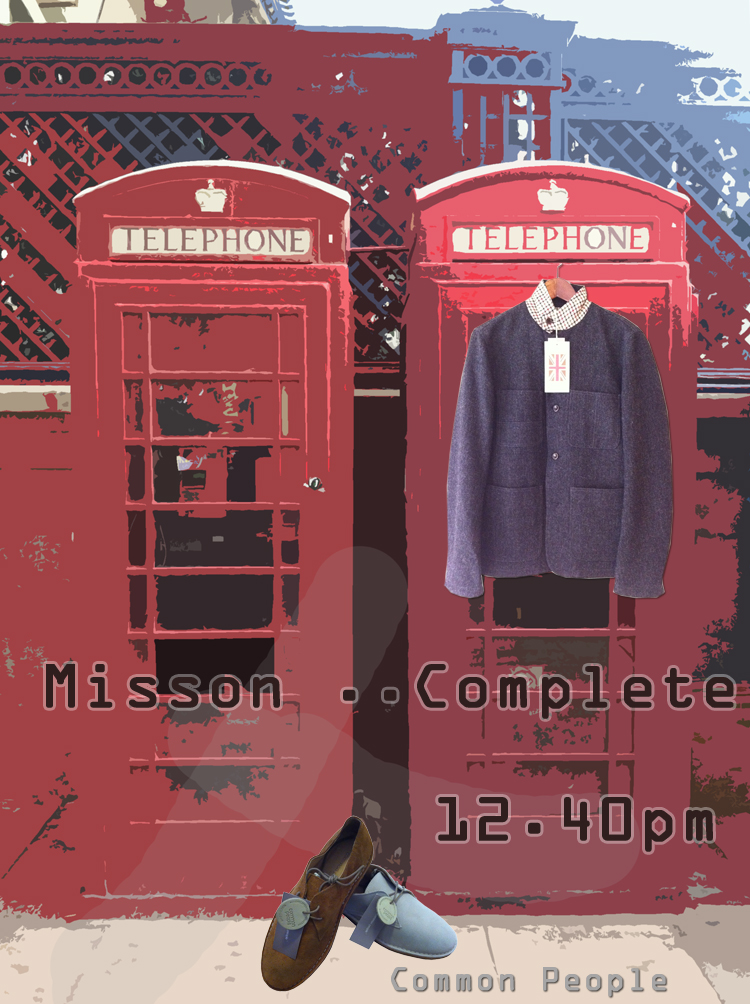 Back at the station and TB’s off to his next appointment , saying goodbye while he’s on the move,  I’m ready to soak in the morning and put pen to paper. Look out for the brand as it’s due to hit the store this week, with footwear and the clothing will be in from September 2011. “Common People” a nice name for new brand.