So is there someone around who doesn’t like to sport a nice pair of sunglasses?

The History of Sunglasses

Tales of “sun cheaters”, among other unusual names, were spoken of back in the time of the Roman Empire, when the Emperor would cover his eyes with bits of emerald to help shade the sun from his vision.

1929 Sam Foster found a ready market for sunglasses on the beaches of Atlantic City.

1920’s, When the stars and starlets of Hollywood began using them to shield their eyes from the stage lights and the cameras’ blinding flashbulbs.

1930’s When World War II was on the brink of exploding, anti-glare aviator glasses were being made for the fliers

1970’s Sales were still steadily climbing and many fashion designers and stars of stage and screen came out with their own designs and styles.

The  range of Carrera Sunglasses are the hottest pairs of sunglasses on the market right now and are been worn by many major ‘A’ list stars including Lady Gaga, Jamie Foxx, Usain Bolt and David Beckham. The wide range, styles and colours means that there is a pair to suit all tastes.

Carrera Sunglasses were originally launched in 1956 and the name brand was derived from the Carrera Pan Americana famous road race from 1950 to 1955 which started in Mexico and ended near Texas. 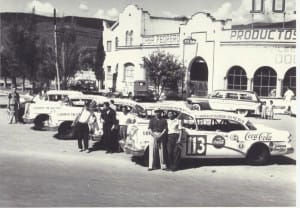 Carrera initially specialized in sunglasses for fast paced sports and motor racing, skiing and cycling. Today Carrera still specialize in sports sunglasses but it is their modern and vintage sunglass range that has made them so popular.

The only rule followed by the Carrera generation is living at full blast. That’s why our characters have been portrayed in real life situations after intense moments of enjoyment, holding on without ever giving up. They are exhausted, dead tired, but always with no regrets.

For almost a century Persol has been world renowned for their timeless aesthetics and impeccable craftsmanship.  Synonymous with style and class it’s no surprise that their frames have constantly graced the faces of some of our leading actors in just about every generation. From Steve McQueen, Cary Grant, to Tom Cruise, and virtually everyone in between can be seen wearing the classic styles of Persol.

Maybe that’s why actors are so attracted to them. Italians are very attracted to Hollywood actors too. The symbiotic relationship goes to and fro. McQueen wore Persol in The Great Escape and in the seminal The Thomas Crown Affair. Other loyal protagonists in life and on screen include, Paul Newman, Roberto Rossellini, Al Pacino, Robert De Niro, and Woody Allen. The list is compelling, right up to present day with Daniel Craig as the new Bond wearing Persol.

The Italian style of these sunglasses is simple yet refined. They work really well with business attire, or the casual button-ups or polo outfit. And just like our favorite wayfarer and aviators, they even go great with just jeans and a t-shirt.

Persols longevity is one of its key features, with their stylish, yet durable, frames that come in colors of black with polarized gray lenses, dark horn brown with crystal orange lenses, and Havana with polarized brown lenses. They have a patented flexible reflector temples design, which allows each pair of Persol sunglasses to mold perfectly to your unique face. The saddle nose bridge that makes them extremely comfortable to wear This gives you the feeling that this pair of sunglasses was molded specifically for you. Other styles available in Persol and Carrera Sunglasses