ANY ONE FOR A POLO?

Did you know that the Fred Perry Brand was named after a Tennis player?

Fred Perry is considered by some to have been one of the greatest male players to have ever played the game. 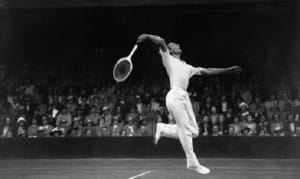 Perry was a Table Tennis World Champion in 1929 and took up tennis at the relatively late age of 18. He had exceptional speed from his table tennis days and played with the Continental grip, attacking the ball low and on the rise. He was the first player to win all four Grand Slam singles titles, though not all in the same year; he completed this “Career Grand Slam” at the age of 26. Perry is the last British player to win the Wimbledon men’s singles title, winning it three times in a row and becoming a British icon.

The origins were derived from Fred’s sporting pedigree. As Fred Perry was obviously the three times winner of Wimbledon,  he was approached by Tibby Wegner, an Austrian footballer who had an idea to produce a sports shirt at the end of the 1940s, which was to be made from white knitted cotton pique with short sleeves and a buttoned placket like Henri Lacoste’s shirts.

But they needed a Logo!

The Fred Perry Laurel wreath has developed into one of the best known and instantly recognizable logos in the fashion world. (Although Fred first considered having the logo as a pipe, being a pipe smoker, he felt that this was one of the things he was most  synonymous with!)

After discarding hundreds of ideas, Wegnar had a brainwave, the famous wreath that Fred had always sported and worn with great pride. 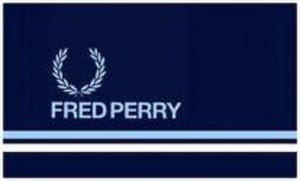 Launched at Wimbledon in 1952, the Fred Perry tennis shirt was an immediate success. It was a clever and successful marketing initiative as people became aware of the Fred Perry logo and associated it with Wimbledon. The Fred Perry shirt hit the jackpot!

The white polo shirt was only supplemented in the late 50s when the mods picked up on it and demanded a more varied colour palette. The Fred Perry instantly became the first crossover brand that went from sportswear to street wear; it was the shirt of choice for diverse groups of teenagers throughout the 1960s and 70s, ranging from the skinheads to the Northern Soul scene. 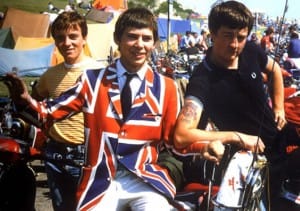 It regained popularity when Scottish tennis star Andy Murray had it as his clothing sponsor; Murray signed with Adidas for 2010. So guys, fashion may come and go but style is timeless! 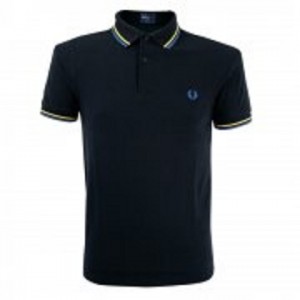 Embroidered logo on the chest:

Twin tip pattern on the collar and sleeves