GET SOME COLOUR IN YOUR LIFE

Adidas is famous for its three stripe design, which was bought from a Finnish company in 1950. Adidas was first started by Adolf Dassler in 1924 and has grown from a small company in Bavaria to a global phenomenon in less than 100 years. It is a massive German sportswear and apparel manufacturer which also now owns Reebok, Rockport and golfing range Taylor Made within the Adidas AG group. We all know that the Adidas is famous for its sports shoes and clothing and has long standing sponsorship deals within Rugby, Cricket, Golf, Basketball, Athletics and Football.
Adidas Originals:

The Adidas Empire, with the fashion range are designs based on heritage and retro fashion, especially between the 1940s and 1980s and the now famous trefoil logo is exclusive to the Adidas Originals range as in 1991 Adidas introduced a new three stripe logo, which is today evident across their sports and performance ranges.

Obviously we have seen a few years of advertising, incorporating such famous names as David Beckham as the Adidas ambassador, having key roles in “the street where originality lives” television advert. Also Manchester music artists Ian Brown and Noel Gallagher, N-Dubz, Katy Perry to name but a few famous faces! The advert was an instant hit and follows the 2008 success of the Adidas Originals “house party” advert, which featured many of the same famous names and faces. 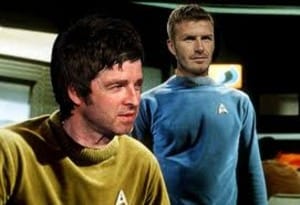 So guys, the Adidas Originals have bought out many colours in the classic Adidas Firebird Track tops. You will be spoilt for choice! There never has been a better time to relive the 80s, add to your growing collection and if you’re looking for something Retro, even old school, Adidas will complete that with a modern twist.

Adidas Originals is receiving huge publicity in today’s publications with adverts and editorial promoting the Heritage brand in men’s lifestyle. 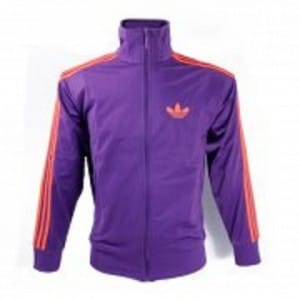 Traditional Adidas 3 stripes running down the shoulders : Wear it zipped up or folded down, you choose the look: Long sleeves