Klaus Märtens was a doctor in the German army during World War II. While on leave in 1945, he injured his ankle while skiing in the Bavarian Alps. He found that his standard-issue army boots were too uncomfortable on his injured foot. While recuperating, he designed improvements to the boots, with soft leather and air-padded soles. When the war ended and some Germans looted valuables from their own cities, Märtens took leather from a cobbler’s shop. With that leather he made himself a pair of boots with air-cushioned soles.

Märtens didn’t have much luck selling his shoes until he met up with an old university friend, Dr. Herbert Funck, in Munich in 1947. Funck was intrigued by the new shoe design, and the two went into business that year in Seeshaupt, Germany, using discarded rubber from Luftwaffe airfields. The comfortable and durable soles were a big hit with housewives, with 80% of sales in the first decade going to women over the age of 40.

Sales had grown so much by 1952 that they opened a factory in Munich. In 1959, the company had grown large enough that Märtens and Funck looked at marketing the footwear internationally. Almost immediately, British shoe manufacturer R. Griggs Group Ltd. bought patent rights to manufacture the shoes in the United Kingdom. Griggs anglicized the name, slightly re-shaped the heel to make them fit better, added the trademark yellow stitching, and trademarked the soles as AirWair.

The first Dr. Martens boots in the United Kingdom came out on 1 April 1960 (known as style 1460 and still in production today), with an eight-eyelet Ox Blood Smooth leather design. Originally Dr. Martens were made in their Cobbs Lane factory (which is still working today). In addition, a number of shoe manufacturers in the Northamptonshire area also produced DM’s under license, as long as they passed quality standards. They were popular among workers such as postmen, police officers and factory workers. By the early 1970s, skinheads started wearing them, and by the late 1980s, they were popular among punks, some New Wave musicians, and members of other youth subcultures.

Dr. Martens sponsored Rushden & Diamonds F.C. from 1998 to 2003, and when a new main stand was built at Nene Park in 2001, it was named the Airwair Stand. In the 2000s, Dr. Martens were sold exclusively under the AirWair name, and came in dozens of different styles.

We at Stuarts London Stock a very Limited Edition collection have a sneak preview below of some of the exclusive Millerain styles due in from July/August 2011 and some of the current designs we have in stock. 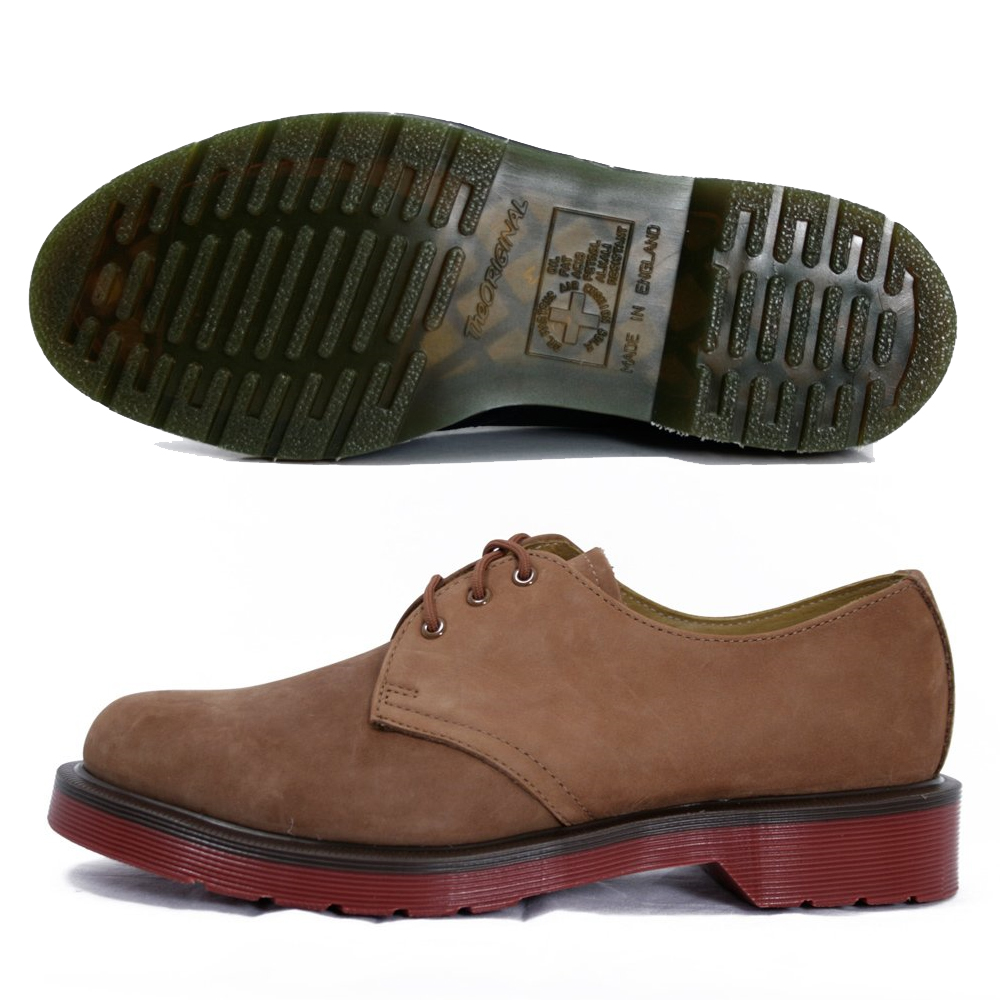 Dr Martens is always on the look out to out do themselves. If it wasn’t already enough to Re-introduce the Made in England collection, this July we will see the launch of the Collab bwith British Millerain. The authentic heritage designs look every bit the shoe to go with next Autumns Tweed trend. The country gent style is still very much a key trend and to complete that look with a tweed blazer/jacket, over-sized flap cap, a pair of smart cord pants, finished with these Millerain DM’s could be your ticket to the best dressed man in the next issue of GQ. 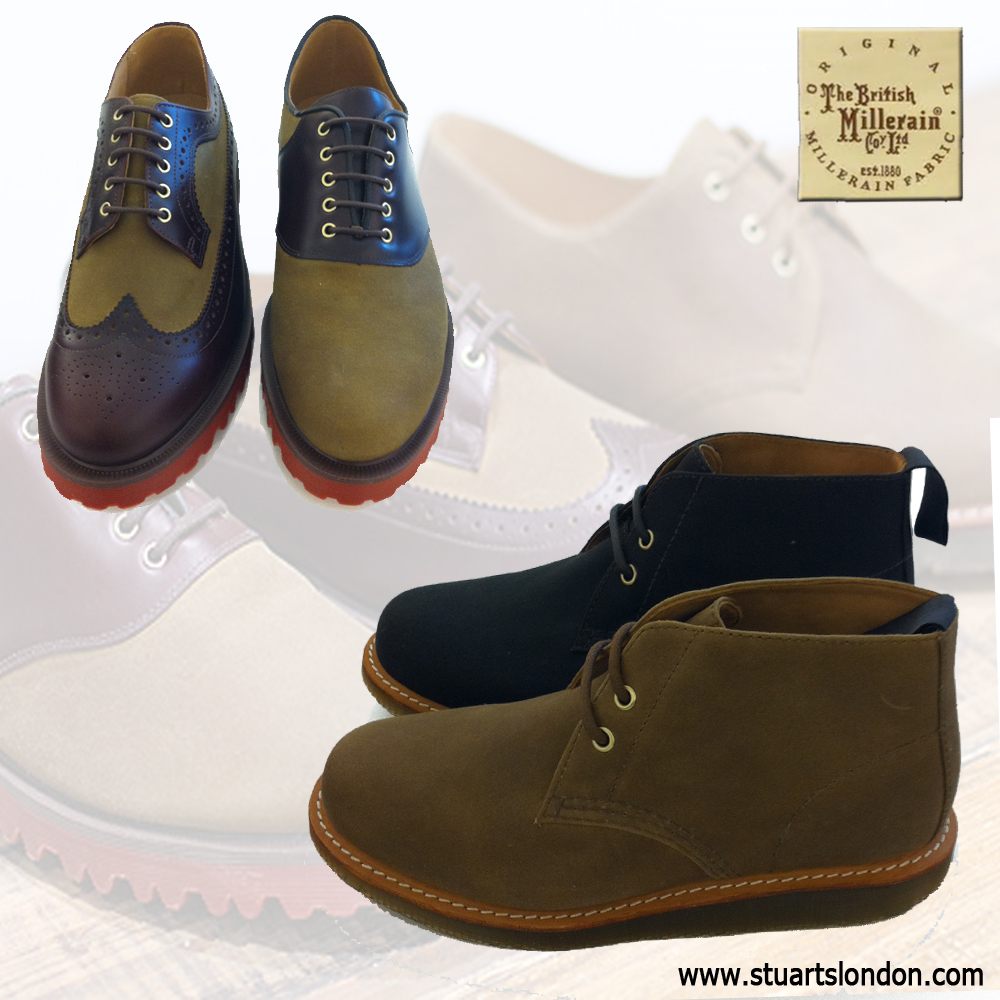