So here’s a little bit of history to let you know how these cool shoes started!

Espadrilles have been made in Catalonia since the 14th century at least and Espadrille first appeared in the Pyrenees Mountains and has since become synonymous with summer and the ease of the French Riviera. The appeal of espadrille has steadily grown and they have been embraced by the fashion world. Fashion houses of repute such as Armani and Versace have all embraced espadrille and featured them on the runaway. It can be remembered that model Don Johnson sported a pair of these in the early years of NBC television series “Miami Vice

And although many of you may not have seen Miami vice, somewhere lodged in your brain you will have heard those words.. Miami Vice! So those of you that remember and what you associate with Miami Vice, what attracted you to Miami Vice, what dazzled you about Miami Vice is the visual stylings! Miami Vice had a “look.”
The colours of Miami, the beautiful art deco buildings, the ocean and waterways and made an edict. No earth tones. This applied to the clothes the actors wore, the buildings which were repainted with pastels, the cars. Mann’s visual eye scanned everything in a scene looking for the dreaded reds, beiges and browns.
He watered the streets for night scenes so they would look slick and reflect the night lights and moon. The actors were little known before Miami Vice but soon became megastars. Don Johnson blew across the American consciousness, changing everything in his path. Men began sporting three day stubble, espadrilles and loafers without socks, Ray Ban Wayfarer sunglasses, no belts, unconstructed Italian blazers over tee shirts, linen pants… And hey, as it turns out, pastels and espadrilles can be macho!

A LITTLE ABOUT THE NEW BRAND RIVIERAS!

Fabrizio Coveddu and Dan Amazallag are the duo behind the new brand Rivieras! This company was launched in 2010 and the guys wanted to bring the classic ‘leisure shoe’ back in the mainstream, so these classic leisure shoes from the French Riviera have been souped up with high quality mesh and canvas, padded leather inner sole for extra comfort, and a small gold RIVIERAS insignia for a touch of luxury! Just as the originals, the outer is made of rubber.  (And just take a look at our selection of colours, you will spoilt for choice!)

SO… the point is that anytime you see a man wearing a T-shirt under a suit coat, not wearing socks away from the pool or beachside, or sporting a subtle stubble on his chin, you’re seeing echoes of the Vice look. And when Stuarts of London  rolls out its espadrille shoes it signifies one thing, SPRING! Put your best foot forward this spring?… get ESPADRILLED. After months of wearing thick socks and boots due to weather elements it’s time to pamper your toes and feet a little. but for every fashion forward man, this is your chance to really move forward and step out of the pack Mediterranean style. 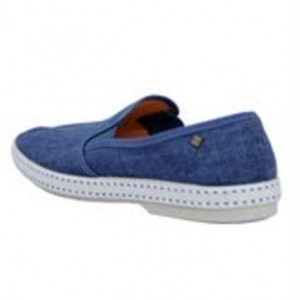 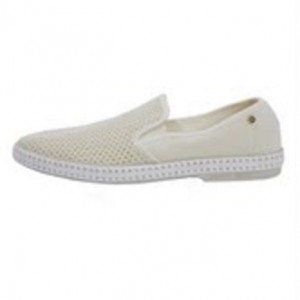 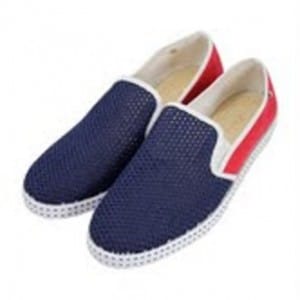