5 DECADES OF BEN SHERMAN!
Where were you? What were you listening to?

60s…1963: year dot. Ben Sherman begins producing his iconic shirts from a small factory in Brighton to the soundtrack of The Beatles, The Troggs and The Kinks. Mods, skinheads and rockers have taken over the nation and the Ben Sherman button-downs instantly becomes the signature fashion essential. A year later Ben Sherman opens the Carnaby Street store. Ben Sherman’s women’s collection follows in 1968.

70s….The Clash herald “London’s calling” and the punks grab Ben Sherman as the London store grows in popularity. Guitars and Ben Sherman have become an inseparable partnership with music and style working in perfect synchronicity for the first time. Ben Sherman launches boys wear in 1970, inspiring a fashion-faithful following for years to come.

80s……Ska and 2Tone fight the good fight against the swathe of plastic pop acts that threaten to sweep the nation. Ben Sherman’s close ties with mod heritage propel the label into a nationwide centre-stage spotlight with omnipresence in Britain’s most talked about live venues.

90s… It’s the nineties and Britpop fever swells to epidemic proportions. The battle between Oasis and Blur rages, with the indie nation firmly divided into two camps. But the same sartorial style prevails on both sides of the fence; Ben Sherman button downs rule ok.
00s… Ben Sherman evolves into a complete lifestyle brand, with kids wear re-launching in 2001 and women swear following suit a year later. The look is now pandemic with a huge cult following from both the guys and gals, across 35 countries. Now famed as one of Blighty’s best exports alongside Razorlight, the Arctic Monkeys and Guinness, Ben Sherman has truly earned its place as a Great British icon.
1925 – Ben Sherman aka Arthur Benjamin Sugarman born in Brighton, UK.1963 – Ben Sherman launches line of button down shirts.
1963 – The height of the Mod movement.
1964 – Ben Sherman opens showroom on London’s Carnaby Street.
1967 – Ben Sherman opens 1st shop on Brighton’s Duke Street.
1975 – Punk takes over the British music scene and Ben Sherman’s button down check shirts become an essential part of their attire.
1979 – The Who release their Quadrophenia album, reigniting the Mod movement.
1983 – Ska emerges as the soundtrack for a new generation of British youth, incorporating Ben Sherman as an essential element of their wardrobe.
1993 – Brit Pop captivates the British youth and once again Ben Sherman is adopted as the uniform of its frontrunners, Blur, Oasis and many more.
2001 – Ben Sherman’s kids wear relaunches.
2002 – Ben Sherman’s Women swear line is launched.
2004 – Ben Sherman partners with Team Great Britain as an official sponsor of the Olympic Squad
2006 – Ben Sherman produces a limited edition of their House Check shirt, reworked in collaboration with Junya Watanabe.
2006 – The Brands 1st USA store opens in New York, followed quickly by another in Los Angeles and Las Vegas.
2007 – Paul Weller designs a limited edition shirt, inspired by his Favourite ‘Bennies’ from the 60’s.
2008 – Launch of a Global Collection as well as the introduction of the Plectrum logo 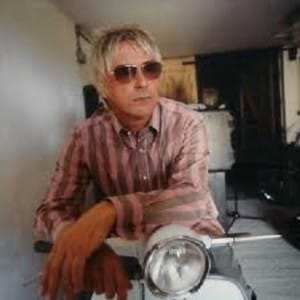 So Boys, this is the business, the ultimate classic shirt, with a Ben Sherman shirt, you will have an instant ‘cool’ appeal! The look of the moment is to wear your shirt fully buttoned up,, if you insist just the top button undone, this is the Spring look, this classic design resonates through the use of signature packaging and innovative labelling, which has been given as much care and attention as the product itself!.
Crafted in the finest British fabrics and handmade by artisans here in the
UK, adding the now synonymous button at the back of the neck, the hang
Loop and box-pleat, the Ben Sherman button down was the shirt of choice.

The Ben Sherman Modern Classics Oxford Shirt. Look after it, enjoy
it, and it will last you a lifetime.

limited to 100 pieces. Each shirt has been hand numbered and is presented in a traditional shirt
box with a letter of authenticity, each numbered to correspond with the
shirt and sealed with a wax insignia. 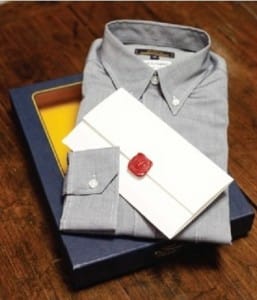