A LITTLE BIT OF HISTORY! 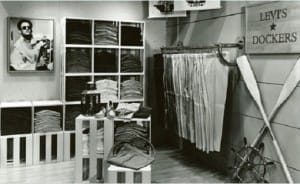 Levi Strauss & Co., then specialized in denim, introduced the Dockers brand in 1986. Dockers became a leading brand of business casual clothing for men led by Bob Siegel. In 1987, Dockers introduced a women’s line. In 1993 the Dockers brand was introduced into Europe under the leadership of Joe Middleton. Dockers makes khaki pants and leather wallets. (Bet you didn’t know that!)

Two decades ago Dockers started new apparel, introducing Khaki trousers as an alternative to denim and within a few years Dockers then became the alternative way to dress, getting into the office workplace, and lads becoming a great alternative for the suit! From the start in 1986, Dockers revolutionized the industry with a range of highly wearable clothes for a versatile, on-the-go lifestyle which it made its own. Its popularity was instant. The 1980s saw an explosion of colourful styles in men’s clothing. Film or rather television influenced the way men dressed, the growing popularity of “Miami Vice“ and “Magnum P.I“ saw men replicating the stars of these shows by wearing simple white t-shirts underneath Savile Row style suit jackets – often in bright or pastel colours. Khaki trousers or coloured chinos were often worn with loafers or yachting shoes without socks. (And did you know that in 1995 research showed that Dockers Khaki trousers were found in wardrobes of eight out of 10 American men!)

By the mid-noughties, Dockers became the instinctive choice for teenagers as the skater-boy look took a hold of the fashion industry for men and women. With such stars as Justin Timberlake, Avril Lavigne, Matt Damon and Ben Affleck choosing Khaki as an alternative to jeans, worn over-sized and low slung, Dockers came to symbolize the same kind of teenage rebellion that denim did over half a century before.

SO THE COMEBACK OF DOCKERS!

A revival for Khaki was first spotted in Sweden late in 2007. The same group of teenagers hanging out together after classes at the school gates were later spotted at weekends wearing Khaki as an alternative to denim. The buzz soon began to spread, Khaki had become cool again. Realizing this new trend and high consumer demand, Dockers was the first to react on the High Street, launching an exclusive Dockers K-1 Limited Edition range of pants for the true Khaki connoisseur in 2009. As demand grew, so did sales with the limited edition selling in fashionable stores across Europe As the Khaki revolution continued to spread, so too did the demand for fresher fits and fabrications. He uses brands to say something about himself—who he is what he values. 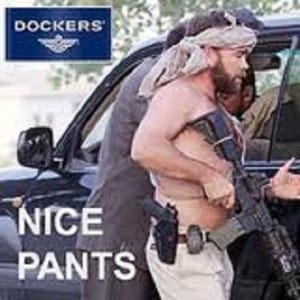 So all you want the cool preppy? Look these clothes are inspired by the great outdoors and the early pioneers who settled in America hoping for a better life. Clothes are bold, simple, no-nonsense and characterize the wide-open frontier, rugged masculinity and the true essence of early Americana. Dockers have gone back to its roots designing a collection that defines our consumer. No frills, no fuss, just incredible Khakis You get the picture! 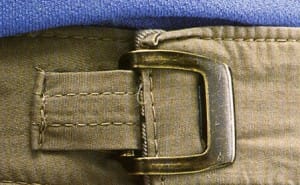 Dockers has enlisted the help of fashion and interiors photographer Todd Selby (better known as “The Selby”) to shoot the images for its new “Wear the pants campaign. For the project, Dockers selected seven men from around the San Francisco Bay Area who are pursuing their dream jobs including muralist Brian Barneclo, teacher and architect David Burnett, In case industrial designer Bobby Chang, surfboard shaper Danny Hess, filmmaker Barry Jenkins and sustainable vintners Andrew and Adam Mariani. Following the men on their jobs while they wore pieces from the Dockers collection, Selby was impressed by the quality and range of cuts now offered by Dockers.

Each Dockers pants come in its very own authentic green metal ammunition box. *subject to availability 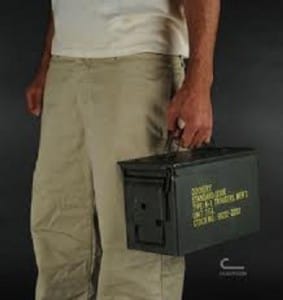