Luke Roper, Designing Mens Fashion Since 1977
Luke Roper, the son of a talented wedding dress maker and throughout his childhood was constantly exposed to cutting, sewing, altering & pattern drafting at his Walsall home.

With all of this going on around him it’s no surprise that by the age of twelve he was already adept at using a sewing machine and he soon became interested in the whole process of the production of garments and began to develop his skills and by the age of 15 he had already started making shirts for his friends. Within a few months he had developed his burgeoning ability to incorporate trousers too. On leaving school Luke enrolled in a fashion and textiles course at his local Walsall College. It was around this time that he and his friends were beginning to go out to the local pubs and house-clubs which created an increasing demand from others for his shirts & trousers.

Garments that were stylish and individual but still perceived as being ‘masculine’.  In 1997 Luke earned a place at Central Saint Martins College of Fashion in London where he began a 3-year specialist menswear design degree..

During the 3 year period he attended Saint Martins he became fascinated by traditional tailoring techniques which inspired him to begin making suits. Now there was a real following for his creations from a variety of people from friends and colleagues to well-known celebrities.

He soon became well known for his edgy, detailed but ultimately practical designs, pieces which often incorporated his trade mark quirky sense of humour   Upon his graduation Luke took the position of junior designer with a major brand in order to home his skills and develop a deeper understanding of the industry, setting down the ground work for starting his own label. He had set himself a target of 3 years work experience but in May 2001, after only six months, he began the collaboration with his lifelong friends, Simon & Deborah Poole which saw the creation of the ‘Luke’ label.

The inspirations for the brand are taken from everyday life and the people that make the world tick along with the clothing featuring components from (in Luke’s words) “the modern lad, a gentleman, a working class hero & a bit of a rogue” these fantastic elements are all pushed together in a large mixing pot with the end result being the Luke 1977 clothing brand that only adorns the select lucky retailers – and these are few and far between!! So guys, listen up, Luke 1977 can only be found in selected stores, they have a tight distribution policy. So look no further that Stuarts of London to give you one of the most detailed choices of Luke Clothing!

Last week Luke 1977 competed with Diesel, Firetrap, Fred Perry, G Star and Superdry for the title of ‘Young Fashion Brand of the Year’ at the 20th Anniversary of the Drapers Awards in London. After being voted as Highly Commended in 2009 behind eventual winners Lyle and Scott, Luke 1977 finally made the title theirs this year, holding off some very strong competition and top designer brands.

The Luke brand is created for every walk of life and features some fantastic shirts and jackets, the like of which can be seen on TV in Eastenders, photo shoots for the bands the Hoosiers and Roll Deep, in collaboration with Strongbow Cider at various festivals around the UK and even on the backs of friends and sportsmen Craig Gardener and Frankie Gavin Birmingham City footballer and Boxer respectively. Add to this the hundreds of thousands of everyday folk that sport the brand in the street, in a club, the pub, the football and every aspect of everyday life. 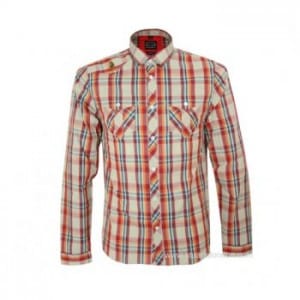 So if you are wearing a Luke brand, you know you will feel and look as confortable, in either your home, local pub, club, or on a terrace watching your favourite team! Perfect with a great pair of Jeans and a pair on-trend shoes!
luke 1977luke 1977 shirts