How about a big chunk of Americana style? The Gitman Bros. for Penfield collaboration, the first collaboration between these two iconic American brands, gives you just that. Celebrating its 35-year anniversary, iconic outdoor apparel brand Penfield is releasing two shirts in partnership with fine American shirt-makers Gitman Bros. as part of their Autumn/Winter 2010 collection; The result is two authentic Made in the USA styles. 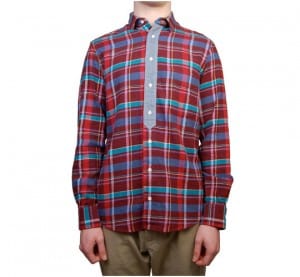 From its humble beginnings in Hudson (Massachusetts), one of Penfields defining characteristics has been its strong American identity that is reflected in each of the Penfield collections. By combining with Gitman Bros., who are the one of the few shirt manufacturers to manufacture entirely within the USA, the Gitman Bros. from Penfield collection stays true to both brands American heritage and pays homage to American. 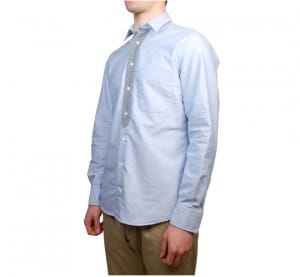 Penfields traditional durability and practically is woven throughout the collection as are the fine materials and master construction for which Gitman Bros. are well-known. The Woburn, a 100% cotton blue Oxford shirt, and the Flitton, a rose flannel shirt, make up the two-piece collaboration that draws on classic Americana references throughout- both in the traditional chalk buttons that reference Gitman Bros. shirts throughout the late 70s to the Flitton flannel that has been pulled directly from the Gitman Bros. Winter 1982 collection. Both styles feature an 8-button front closure with a contrast split plaquette and a left chest pocket. The shirts are garment washed for a superior feel and fit. Stuarts London are a European stockist for the Gitman Bros. by Penfield collaboration.